A Night of Comedy for Charity 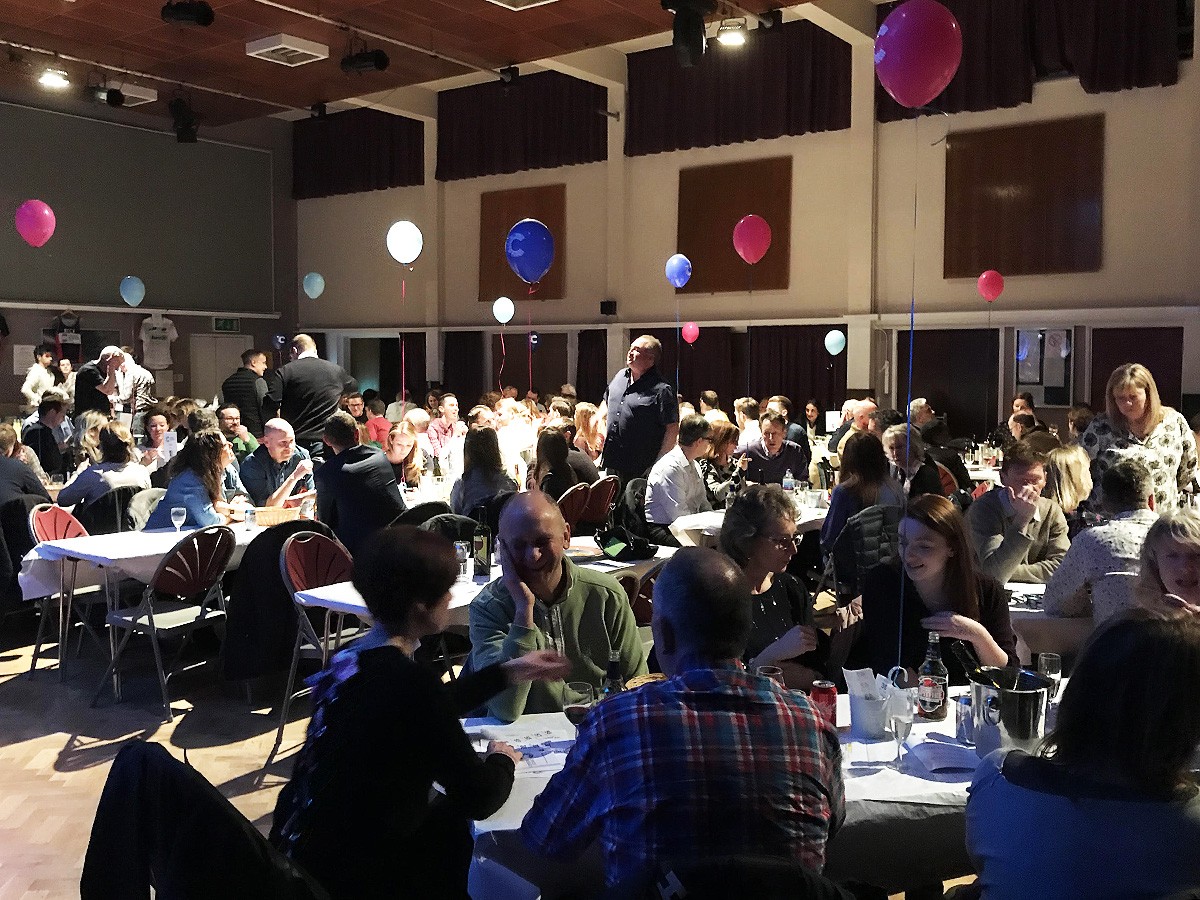 On Friday, the PE Team put on an evening of comedy in aid of Cancer Research UK; their chosen charity for the London Marathon on the 22nd April. The night was hosted by impressionist Steve Owen Williams, joined by comedians Jeff Stevenson, Paul Merryck, Pam Ford and Stephen Carlin. Full of fun, laughter and fish and chips, it was amazing to see so many people - the PE Team, their friends and family, parents and staff members from school - all coming together to support a good cause.

The total raised during the course of the evening was £5302 from the tickets, raffle and the auction (which alone raised an astounding £1830). A massive thank you to to all the Sixth Form students who helped out on the evening and to the PE Team for organising the event. We wish them all the best in the marathon in April.