After winning the county cup in February, Aditya Anne, Aayush Mukherjee, Phil Campion, Brendan Dunne and Ben Cross went to compete for DCGS at the regionals on Thursday at Guildford Spectrum. They had a tough first round game against Westgate, losing 5-0, then came up against a very good Glynn side who managed to take the first two games, going 2-0 up, which meant DCGS had to win all three of the last games to stay in the competition.

Phil Campion got these final matches off to a great start, winning his singles and then winning his doubles with Brendan. Aditya and Aayush then put in a strong performance to take the match 3-2, moving them into the semi-final. Here they played against a very strong Reading team who beat DCGS 5-0, putting them into the 3rd vs 4th play-off. The boys put in a great performance, taking the match 5-0 and earning them a bronze medal and the title of being the first ever DCGS badminton team to earn a medal at the regionals. 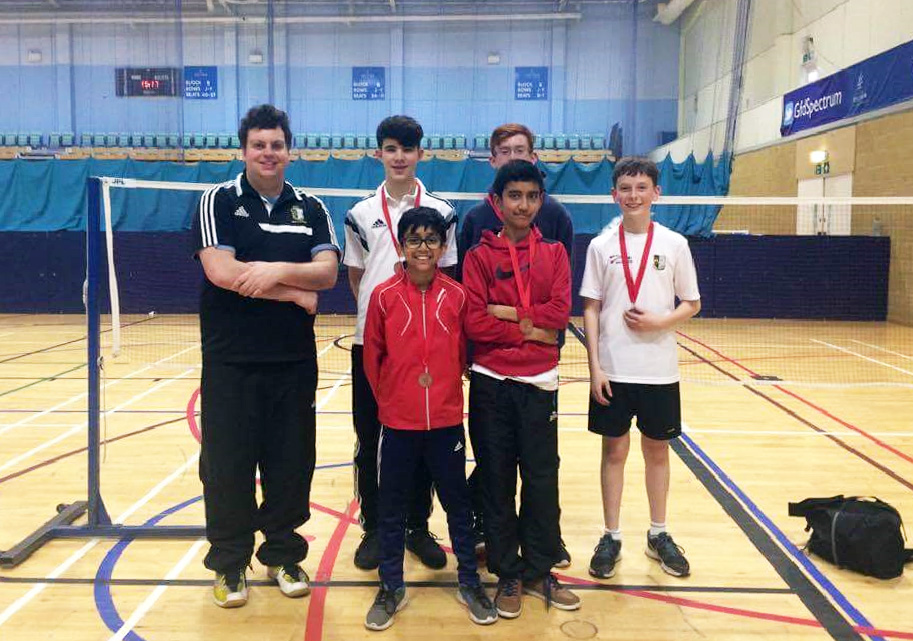