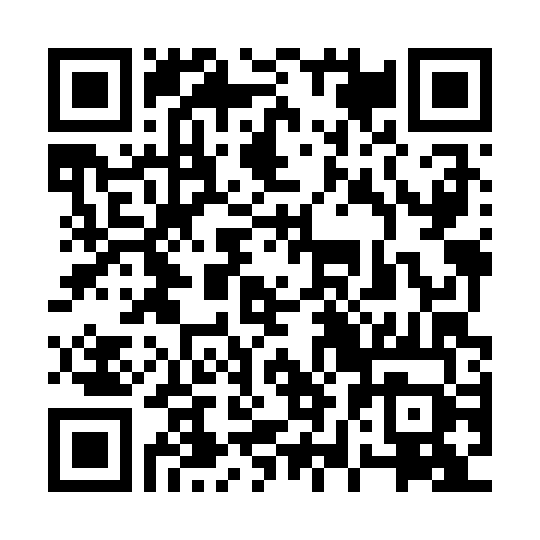 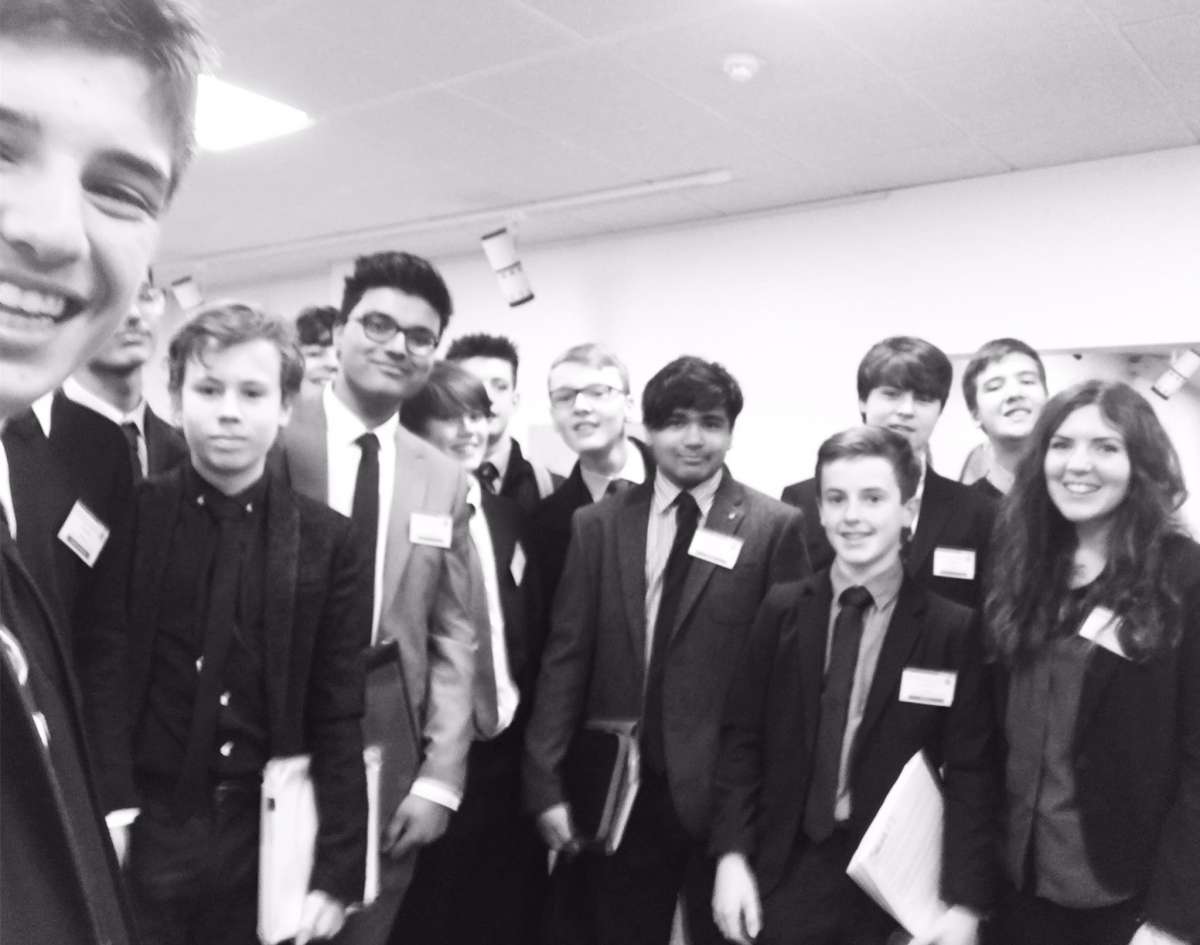 With delegations from as far away as Azerbaijan, there was going to be extremely tough competition. However, with our training in the weekly MUN lunchtime club, we remained confident and unfazed, managing to make several alliances in our lobbying time on Friday evening.

We all arrived bright and early the next morning, ready for a day of tough debating. As a whole we represented the delegations of three countries - Ethiopia, Afghanistan and Micronesia. Each member of the delegation was split up into several commissions, including Security Council, Special Commission, Health, Ecology and the Environment, and Disarmament, to name just a few.

Emotive speech on resolving the situation in Jammu and Kashmir

In each committee, we debated pertinent issues in the world today. In my committee, Political 1, we debated the future of the West Bank, rights to the internet and the global crisis of political refugees. We made passionate speeches and fired other speakers with points of information, tackling the fine details of the implications of the resolution, clause by clause.

As a school, we worked together to ensure we all got a chance to speak: in my committee, we set up a yield chain where we were able to pass on the right to speak to other delegations from our school after we had spoken. The assembly was rather puzzled as to why Ethiopia and Micronesia seemed to have so much in common!

Later in the day, crisis broke out: the secretary general ran in with a team of secretariat, declaring that ISIS had taken US President Donald Trump hostage! We were told they had threatened to use biological weapons in New York, Sydney and London, and that they demanded the immediate withdrawal of all western forces from Syria. We had to write a resolution on the spot to save the Western world. 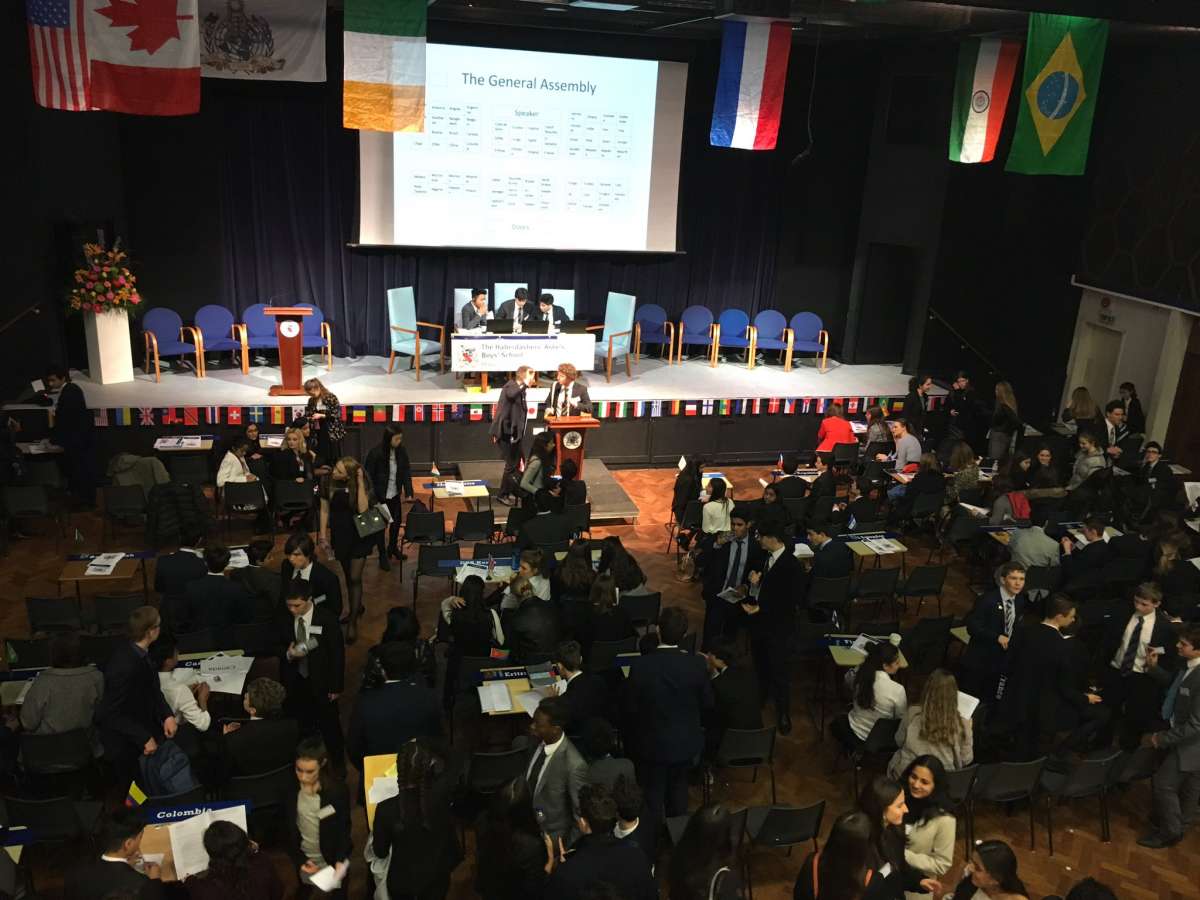 The assembly swiftly broke down into mayhem, with resolutions quite literally flying around and a huge number of solutions being proposed. Inevitably, there was also a huge amount of comedy. My personal favourite clause was the suggestion from the Democratic People's Republic of Korea to put Mike Pence in charge as the chief negotiator.

Fortunately, this clause did not pass and before long, the future of the world was safely back in our hands (and thankfully not in the hands of Mr Pence).

Sunday afternoon brought perhaps the most exciting (and nerve racking!) part of the entire experience. All the delegates came together in the Haberdasher's main school hall for the highly anticipated general assembly. My delegation, Ethiopia, managed to speak extremely early on, raising our profile in the assembly. By the end of the conference, we were in an extremely strong position having spoken much and winning the support of other nations.

A particular congratulations must go to Monty Weatherall and Mohammad Karim, who both won 'Highly Commended Delegate', roughly equal to joint third place for their respective committees as well as George Corby and Adam Jenkins who were both awarded 'Distinguished Delegate', equal to second place for their respective committees.

In addition to this, the entire delegation of Ethiopia won 'Highly Commended Delegation', an absolutely incredible achievement for us, winning joint third place in an international competition, and which was for many of us our first MUN conference.

Overall, it was both an amazing and exciting event and a humongous thank you must go to Mohammad Karim for helping to organise the conference and to Miss West for giving up her entire weekend to take us there. I certainly hope there are more to follow, and that Challoner's may one day even be able to host a conference of its own.