Challoner's U19 squash team of Will Piper, Tom Walter, Oscar Merifield, Archie Moore, Hugo Eaton Hart and Matt Levine headed off to the National Squash Centre in Manchester to compete for the title of national trophy champions. An early start made sure the team got to the centre in good time for a warm-up and pre-match preparation. After some quality warm-up hitting, the boys felt ready to take on any opponents. 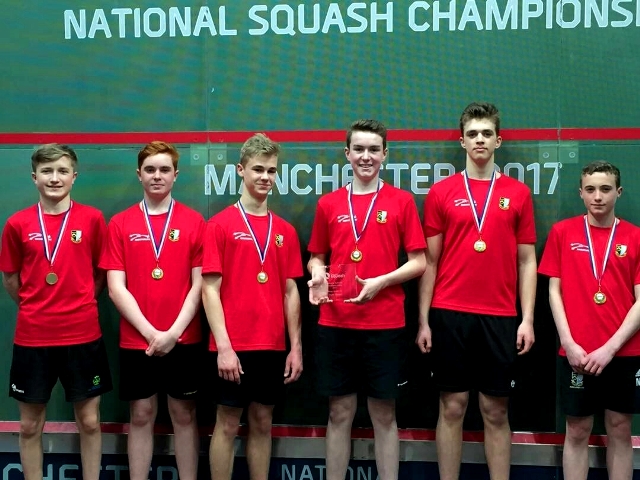 Challenging Challoner's first was Charterhouse School and on court to start were the number 3 and number 5 seeds, Oscar Merifield and Hugo Eaton Hart. On the all-glass showcourt, the currently in red-hot form Oscar Merifield got off to a very quick start, sending his opponent to all four corners of the court and calmly finishing the match with a comfortable 3-0 win - highly impressive. On one of the other six courts, Hugo was battling out a 5-game thriller, coming from 2-0 down to win it 3-2 in emphatic style, showing great determination. Playing at number 1 seed, Will Piper then took the stage on the showcourt. Despite having sprained his ankle only five days prior, he went on court bandaged up but confident and took his opponent apart in a straightforward 3-0 win for Challoner’s, guaranteeing an overall win for that match. Archie, playing number 4, put up a very good fight in his first match, but his opponent proved too good for him, ending in a 3-1 loss. At the same time Tom Walter, playing at number 2 seed, followed in Will and Oscar's footsteps, and took a solid 3-0 win. Playing as a reserve, but still critical for the team in case Will's injury was aggravated, Matt Levine stepped on court to play only his second U19 team match and proved to be a very promising member for the team as he narrowly lost 2-1 in a best of three match against an opponent a lot older than himself. 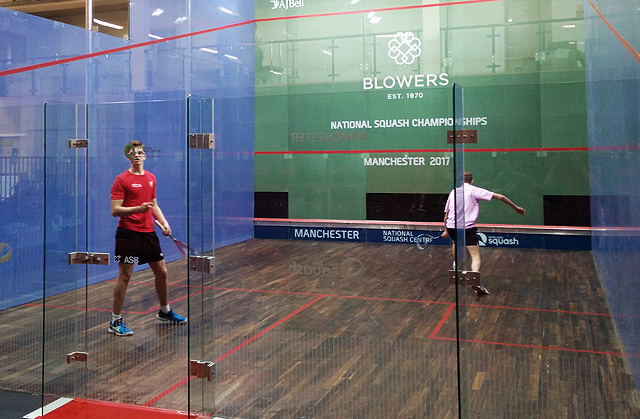 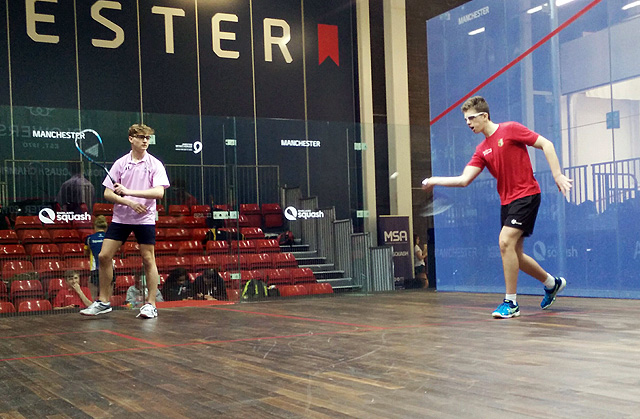 After lunch, Challoner’s got underway with the final against Gosforth Academy, playing in the same order and same courts as the first set of matches. Will and Oscar, both fresh from their effortless first round wins, took the first two games of each match, but each had a slight falter in the third, dropping a game. This was quickly recovered from however, and the number 1 and 3 seeds put Challoner’s up 2-0 in matches. Meanwhile Hugo, Matt and Archie had some very tough fixtures on the other courts. Hugo was neck and neck with his opponent all the way until 9-9 in the fifth and final game, where he lost 11-9 by a whisker. Matt had another very close match, losing 2-0 but the overall score definitely didn't reflect how even the rallies were. Archie’s match seemed done and dusted when he was 2-0 down, but he showed his determination and fighting spirit and took a game back from his opponent. Unfortunately he lost the match, but there was still hope for Challoner's in the form of Tom Walter. Not feeling an ounce of pressure, Tom stylishly​ blew his opponent off court, securing a 3-0 win, and a 3-2 win overall for Challoner's, making them national trophy champions!

Thank you to the parents involved in the matches throughout the year and especially driving the team to Manchester!