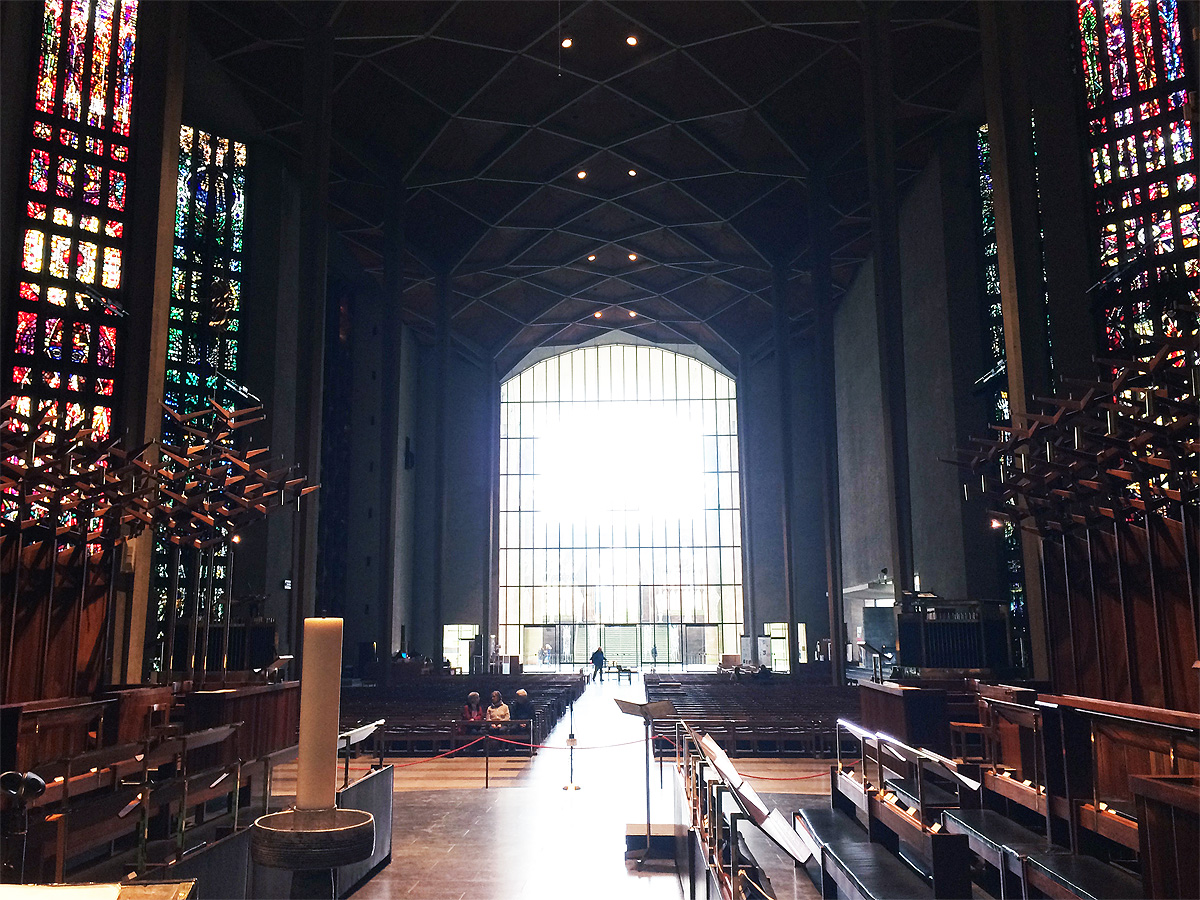 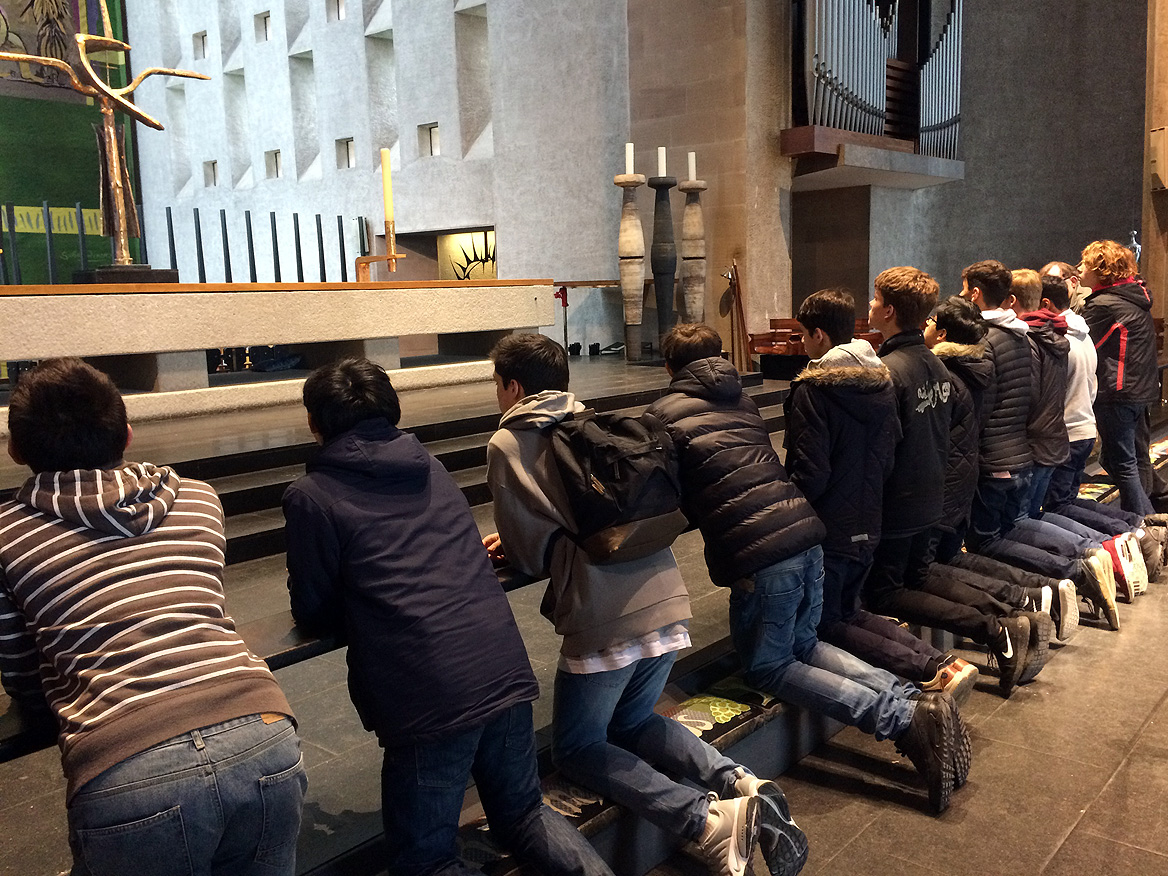 At the end of the spring term, Year 10 RS students were given the opportunity to travel to Coventry Cathedral to extend their learning about Christianity - particularly practices, beliefs and the topics of war and peace.

When we arrived at the cathedral we met our two tour guides, who would each take half of the students around the cathedral. Shortly after we were taken to the old cathedral and learned a lot about its history, particularly the events that occurred in the Second World War. During the Second World War, Coventry was bombed and the cathedral was left in ruins, with its roof collapsed and many walls damaged. Today it is still there to show the story of Coventry and the hardships faced during the war. We also saw and learned about the statues of conflict, peace and reconciliation.

We then climbed to the top of the spire, which stands at 90 metres tall! Up there we were treated to the beautiful views of the whole of Coventry, despite it being quite cloudy. 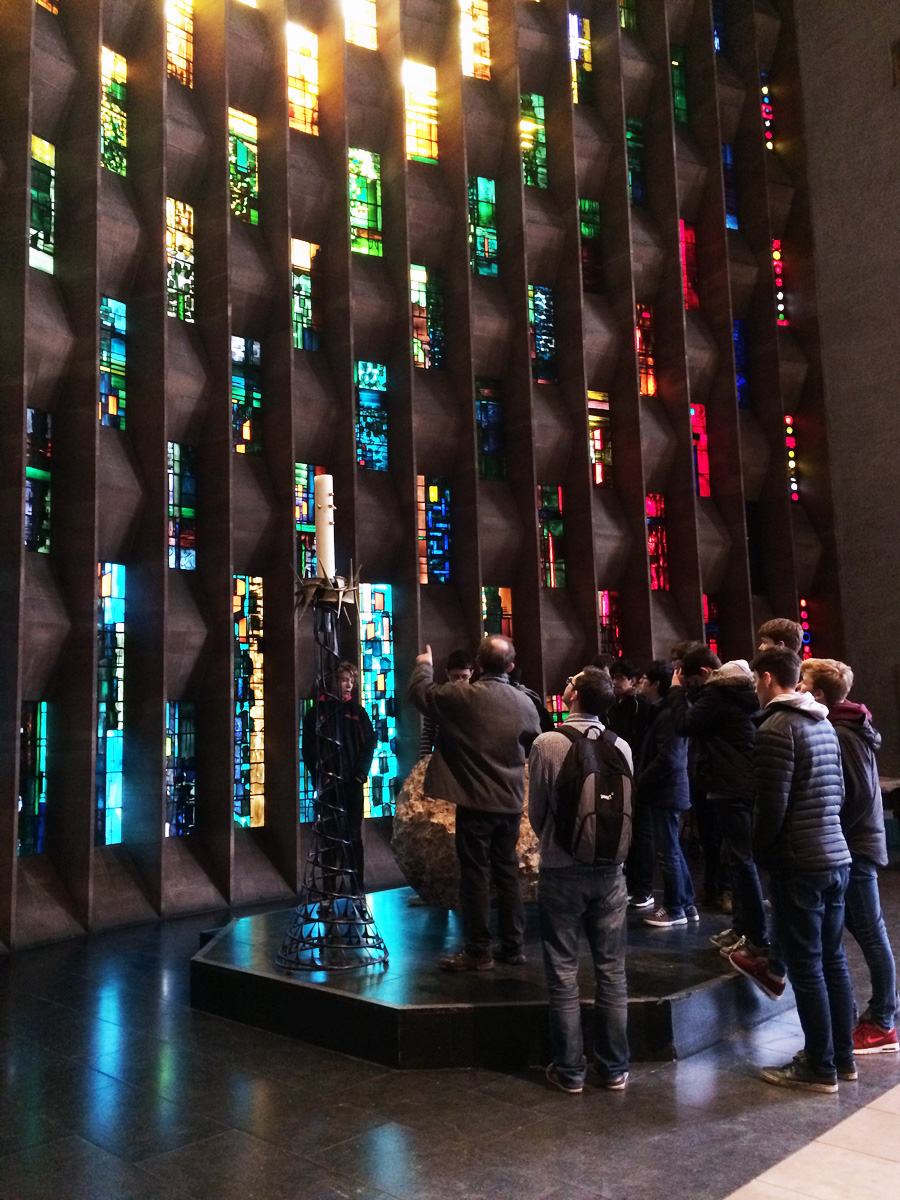 After exploring the old cathedral we then went to see the new cathedral - and it was simply breathtaking. Whilst walking around the new cathedral we saw many sights such as the famous charred cross, window engravings of important Biblical figures, a large stained glass window, a large tapestry of St Michael, and more incredible sights.

After a lunch break we attended a litany, which is a short church service in which the vicar recites a series of requests to God which all link to each other. All of the litanies in Coventry Cathedral have ‘Father Forgive’ at the end of each request - as that is what the people said to God when the old cathedral was bombed. Then came the more creative part of the day - where we learnt how to make paper cranes, which are used as little doves that symbolise peace. Also, we drew charcoal paintings that represented some of the issues faced by people during the Second World War.

I would like to thank the RS department for organising this trip which was very interesting and informative.