'Chekhov in all its Gender Fierce Glory' On the, thus far, only sunny day in March, Theatre Studies students from Years 12 and 13 set off into London to watch the latest adaptation of acclaimed theatre practitioner Anton Chekhov's short plays, The Proposal and The Bear. The Young Vic's small 60-seat studio theatre was home to the deeply unique and entertaining performance, with the intimate space and modest cast of three only adding to the inclusivity and power of the performance. 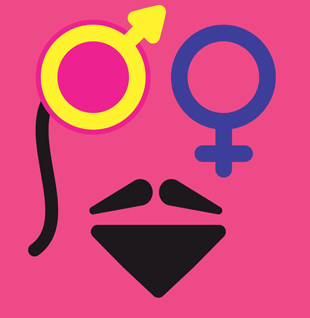 The original versions of the plays were first performed in 1890 and 1888 respectively, and any viewer of the performance 130 years or so later would argue that, while retaining the core messages and themes of Chekhov's work, the director and adapter - Lucy J Skilbeck and Michael Frayn- very much took a creative hand to the 'gender fierce' performance to create a surprising and highly enjoyable spectacle.

Originally, The Proposal is a short tale about two landowners, one of which wishing to marry the other's daughter. The marriage is debatably more of a fiscal decision over a romantic one, but the arguments and ailments in the scenes that follow present an interesting and comic look on the concept of marriage as a whole. On the other hand, The Bear concerns the story of a man wishing to collect his debt from a widower and subsequently arguing to the point of gun violence until ultimately falling in love. Standard procedure really.

This modern interpretation however took this absurdity and ran with it. While The Proposal was relatively naturalistic if one discounted the drag, as soon as the interval scene opened in the form of a wall of bright red streamers and a karaoke version of Cyndi Lauper’s 1985 hit Girls Just Want To Have Fun, it was clear to the audience that what was to follow would not be original Chekhov. The following 40 minutes consisted of an elaborate display of continuous character switching, Beyoncé, semi-nudity, and most of all, a very large bear with a ball gag.

Whatever it was, it worked, as all the shows are sold out.

Many thanks to Mr Flower and Mr Millar for organising the trip: from conversations on the train ride home it was clear that it was a great night out for all.