The Battle of the Schools 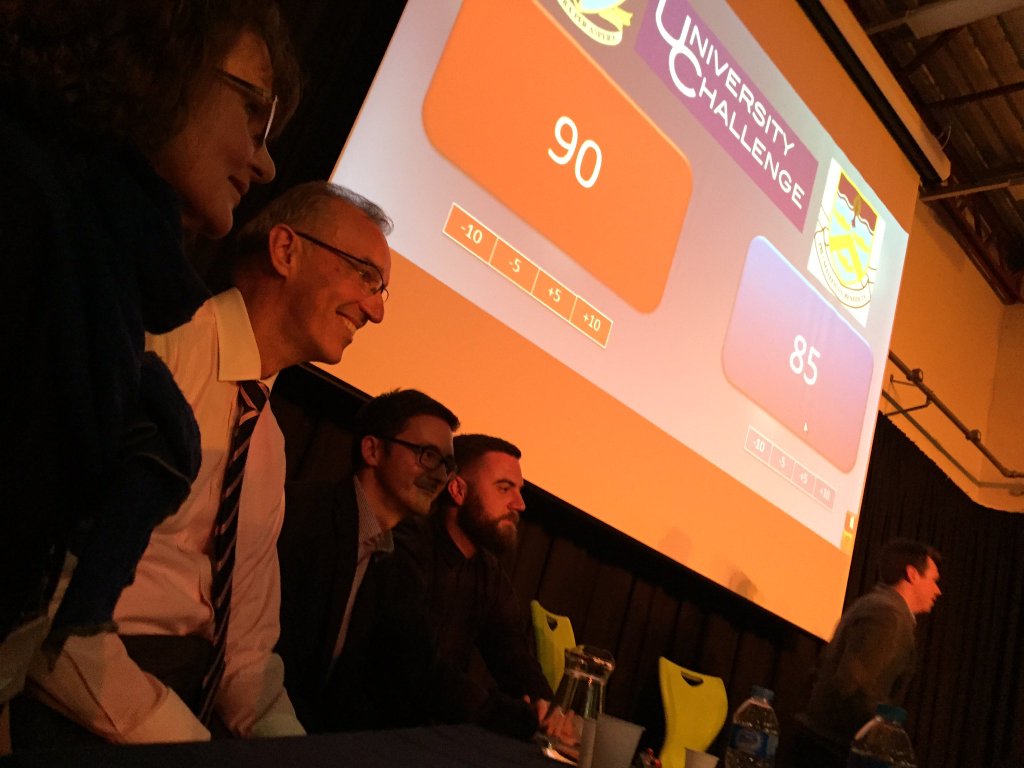 Both Dr Challoner’s Grammar School and Dr Challoner’s High School are rightly considered powerhouses of knowledge, so a University Challenge-style competition seemed an appropriate way to put this knowledge to the test. Having lost the competition last year, Team DCGS was determined to reclaim the prestigious title of being ‘Challoner’s University Challenge Masters’; beginning the evening with every hope of doing so.

The event, hosted by DCHS, got off to a strong start with the DCGS Key Stage 3 team scoring a convincing win thanks to their knowledge of, among other things, triangular numbers and the Brontë sisters. The Key Stage 4 team also put on an impressive performance, winning a much closer match as well as proving their awareness of American politics.

Given DCGS’ strong start, expectations were high for the Sixth Form team. Unfortunately, these high hopes were dashed when almost immediately, we entered negative territory. Our performance did not improve and we were soundly beaten 90-10.

Resultantly, the scores were level, placing the burden of victory squarely on the shoulders of the teachers’ team. Fortunately, the team of Dr Fenton, Mrs Swain, Mr Bushe and Mr Deakin proved to be a formidable combination, clocking a win over their DCHS counterparts, giving DCGS just enough points to claim victory.

Overall, the event was a great success and was widely enjoyed. I would particularly like to thank the Head Boy and Head Girl teams for organising the competition, as well as everyone who took part and supported.