Return leg of the Spanish Exchange The week beginning the 14th of March meant the return of the Spanish exchange students just three weeks after their English counterparts returned from their trip. Due to typical traffic on the M25, the students arrived slightly late, giving them a truly English welcome with the following evening allowing the Spanish students to meet the host families who they would be spending the next six days with. 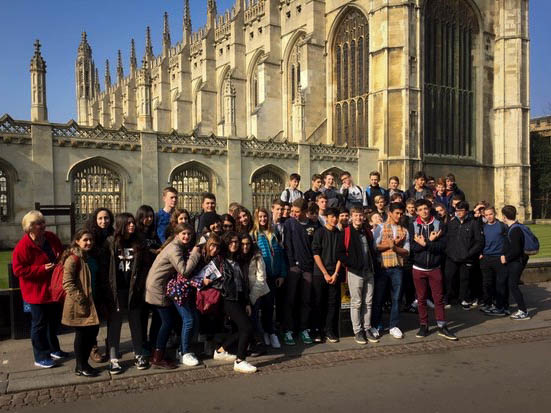 Friday brought the annual visit to Cambridge. When we arrived, the market day was in full swing and the students split into groups to attempt to complete Mrs Sealy and Ms Ashton’s Cambridge quiz. In the afternoon we had a 45 minute tour of Cambridge via the canal, and the sun shone brightly, allowing all the students to have a quick siesta under the March sun.

The exchange students were able to spend the weekend as we did in Spain, with their host families with trips ranging from Camden, Windsor, Piccadilly and Covent Garden. Monday and Tuesday allowed for the Spanish students to journey into London, visiting the Eye, Tower Bridge and the ever popular Tower of London. Tuesday evening was an emotional affair as it was the farewell meal between us and the exchange students. It was a chance to say goodbye and spend one last night in each other’s company.

The final day was a treat for the Spanish students (and for the English ones too in fact) as they were able to support the Year 10 rugby team in the NatWest Vase final at Twickenham. Although most of them were confused by the rules, Mr Walter managed to answer any questions with his in depth knowledge of the game. It was throughly enjoyed by the students and was an excellent way to spend their last day!

Once again many thanks must go to Mrs Sealy, Señor Walter and Señora Ashton for their dedication in organising a fantastic week! Until next year, adios! 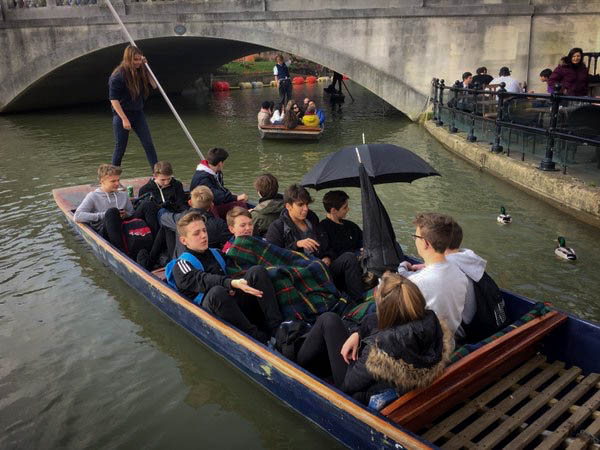