Fantastic performance of Romeo and Juliet 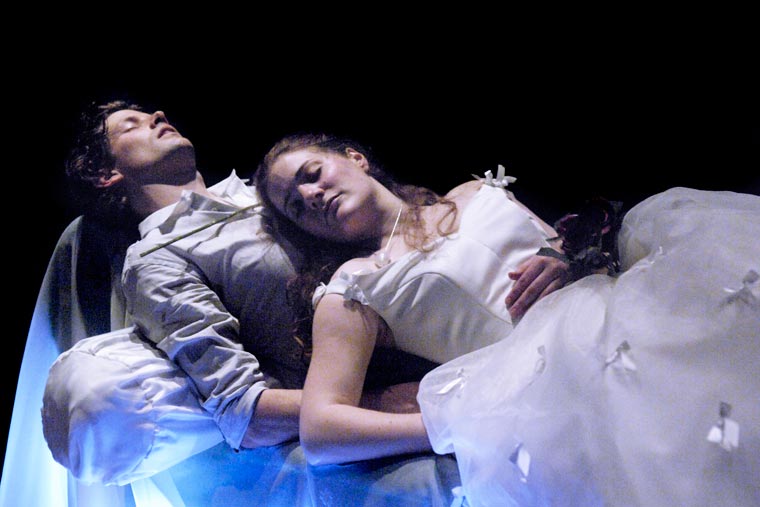 On Thursday, all of Year 9 took part in a Romeo and Juliet workshop delivered by the Young Shakespeare Company. The workshop started with an introduction to the actors involved, and then we were shown a number of interpretations of the text: some were humorous and some were more serious, but we were taught that different directors look at a script differently, and that the various interpretations were equally valid.

Following this, we were treated to a slightly abridged version of the play. It was cleverly done as only a few actors were present, but none of the story was lost or confused. Each character was presented in a unique and sometimes humorous way, interacting with the audience when appropriate.

Some lucky teachers also got to watch, whether it was the teachers from each class’ lessons they were missing, or English teachers with a free period and a curiosity as to what was going on. Overall it was a very enjoyable performance that thoroughly pleased the whole of Year 9, and some more!