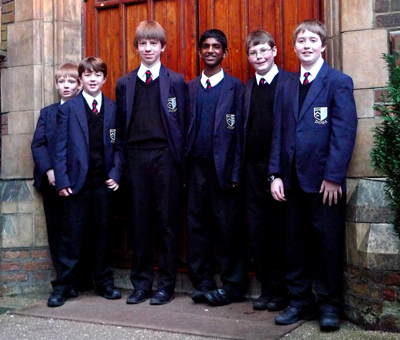 Our senior debating team of Cyrus Davami and Jack Emmins have just returned from competing at the National Final of the Oxford Schools’ Debating competition at the Oxford Union, an achievement that rounds off a successful term of debating for both our Junior and Senior teams.

Back in January, Cyrus, Jack, Max Shock and Alex Thompson competed in the first round of the Oxford Union Schools’ Debating competition. Against strong opposition, they debated whether the state should fund university and whether it is justifiable to go to war to spread democracy. From a tough second round room against Eton College’s A, B and C teams, Cyrus and Jack managed to secure their place at the National Finals. This follows on from the team’s success in the ESU’s National Schools’ Mace. Cyrus and Will Archdeacon competed well and were put through to the Area, and then the Regional Final where they were narrowly pipped to a place at the National Final against the top eight teams in England.

Not wanting to be outdone, our burgeoning Junior Debating Society offered up three teams to compete in the International Competition for Young Debaters. Nick Colledge, Niall Jones, Shree Suresh (Year 8) and Sam Dodds, Hugo Kenwright and Ben Mitchell (Year 7) travelled to Oxford with Mr Shinner to compete in the prestigious competition. Despite being the youngest students there, all three pairs performed extremely impressively, winning debates against teams several years older than them. None of the students seemed the least intimidated by the prospect of jumping up to challenge the older competitors on their ideas and several judges observed that they will be a formidable force in a few years!