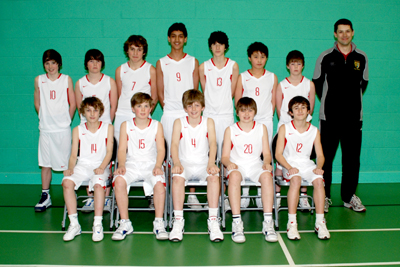 Our Year 8 Basketball team travelled up to Milton Keynes Shopping Centre on Tuesday to compete in the final of the County Cup.

Buoyed with NBA style enthusiasm, they took to the professional court to battle the formidable AGS. Excellent defending on both sides resulted in a neck-and-neck game through the first three quarters. We were trailing by a lucky 3-pointer from the AGS guard at the start of the fourth so the pressure was on. Hard work and perseverance by our team soon pulled this back, only to be undone by another 3-pointer from AGS with only four minutes to go. Two minutes later, there was only 1 point in the game and then in the last minute we converted a fast break, from an awesome steal,into a 2 point lead. AGS immediately called a time-out.With 58 seconds left on the clock, and AGS in possession, our students worked hard to keep the enemy from the gates, securing a single basket victory (33-31)

Very well done to all involved. It was a fantastic end to another great undefeated season.