Fun in the Sun at HOAC

Covered with sun cream and donning T-shirts and shorts, Year 8 from DCHS joined with students from DCGS for the annual trip to HOAC. We enjoyed a brilliant day of a whole range of activities in amazing weather: from trying to get a bullseye in archery, to conquering the high ropes - each activity was just as exciting and as different as the others. 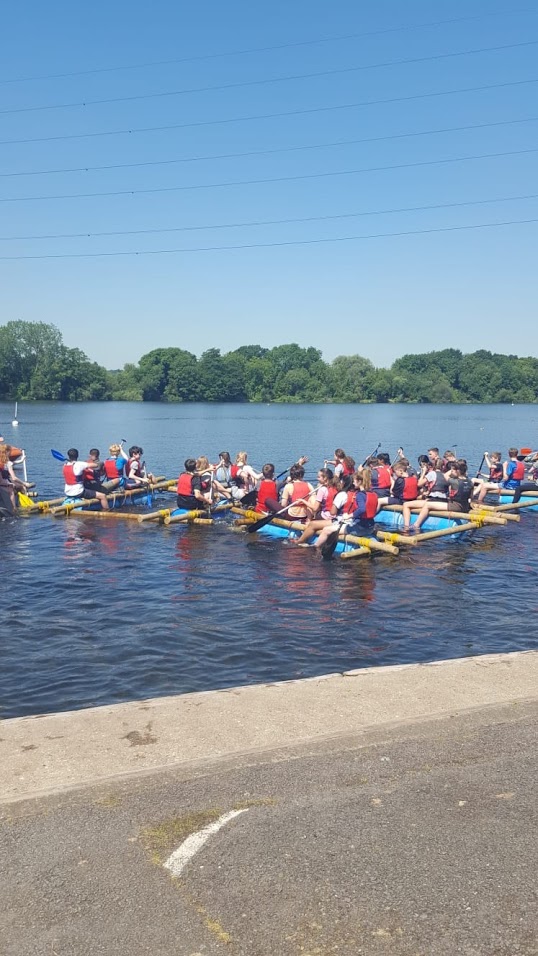 One activity that many people liked was raft building. For this we were split up into groups and each team was given the challenge of creating a raft which they would then go on to race against all of the other teams. Although this task may sound easy at first it was more difficult than we had imagined and we couldn’t always create the sturdiest and most stable rafts. One student recounted how his group were in the lead, but after a series of miscalculated decisions, their raft capsized. This led to the group eventually falling to last place; however, this did not dampen their spirits as the water was a refreshing change from the searing heat.

Another memorable activity was the giant swing. It was, as the name suggests, a giant swing. Two people at a time would be pulled up into the air by their peers before eventually reaching the top. From here your fate was in your own hands, as only one tiny string stood between you and swinging. Much like Marmite, some people loved it while others hated it, but overall people were left with a memorable experience.