Last Friday, Challoner's had the privilege of welcoming the former Attorney General, Dominic Grieve QC. The MP for Beaconsfield came to talk to the school about three topics picked by the students - HS2, religious discrimination and, most topically, the EU referendum. With less than a week to go, the MP (who is part of the remain campaign) had an hour to convince those students who were undecided on which way their vote would be cast on the 23rd June. With Challoner’s having a school referendum, the talk was one which students of all ages could relate to. This was evident in the audience as there was a great variety of students from Years 7-12. 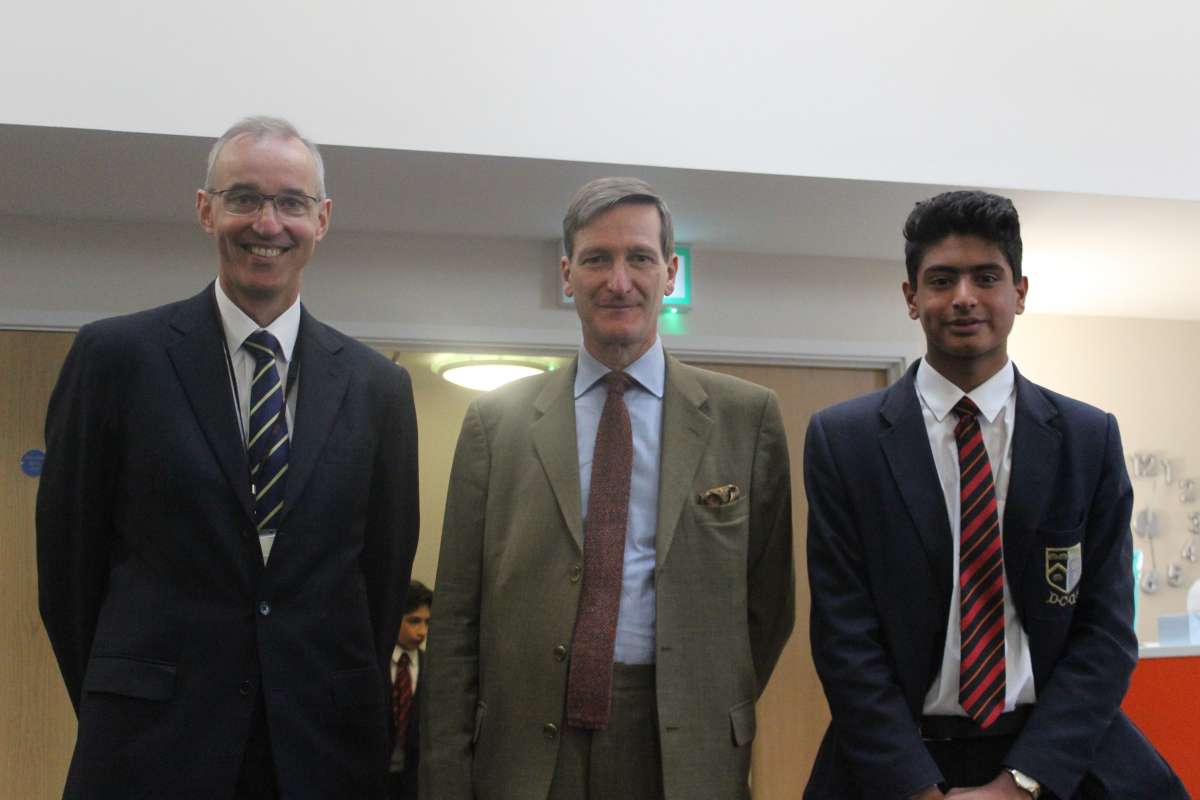 The event started with a minutes silence as a tribute to the MP Jo Cox who died the day before in a brutal attack. Grieve started his talk with a tribute to the ‘rising star.’ He alluded to her work with Syrian refugees and children with mental health problems - highlighting the huge extent of the loss to our democracy.

Grieve was extremely knowledgeable about all of the 3 key topics as he is chair of the Citizens UK committee on Islam, Participation and Public life. HS2 was also a key issue for him as the proposed project would cut through the heartlands of Beaconsfield. This therefore shaped his opinion that HS2 is not the right solution to solving Britain's transport problems. His former role as Attorney General helped him form some of his views on human rights.

Grieve started the talk with his views on the EU referendum. An avid supporter of remaining in the EU, he stressed the fact that upon leaving, we could go into a period of economic instability and potentially find ourselves back in a recession - something that the current government had worked so hard to get us out of.

After a conclusive twenty minute talk, the MP opened himself up to questions. These ranged from the truth behind claims from ‘The Remain Campaign’ to the potential for HS2 not to happen if we vote to leave the EU. The event closed with a question regarding the division within the Tory party if we were to stay or remain in the EU and the prospect of having two of the largest parties in UK politics being divided.

Overall, the event was a huge success and hopefully many more will happen in the near future. A special thanks must go to Dr Fenton, Mr Atkinson and Mrs Black who helped put the event together.

Note from the editor: A special thanks must also go to Mohammad Karim, who wrote this article, for all the work he did organising this extremely interesting event.