On Monday 27th June, Mr Ampah-Korsah led a visit to Harper Adams University in Newport for the Young Innovator Awards. Two robots had been shortlisted out of 935 entries, one designed by Fraser Barnes from Year 9, and the other by Year 12 students Caleb Alhadeff, Ben Raven and Charlie Manning from DCGS, with Suzie Murray, Serena Ozturk and Saffy Truman from DCHS.

Fraser designed Letterbot, a robot to open and scan important post while the house owner is away and sends it as a message to the owner. It would negate the need for a neighbour to go into the home to collect it.

The Sixth Form team designed Tortobot, a robot designed to aid farmers in third-world countries increase their yield by measuring soil conditions and outputting the data to advise subsistence farmers. Both were shortlisted, Fraser for best male, and Tortobot for best team. Tortobot also received the Judge’s Presentation Award. 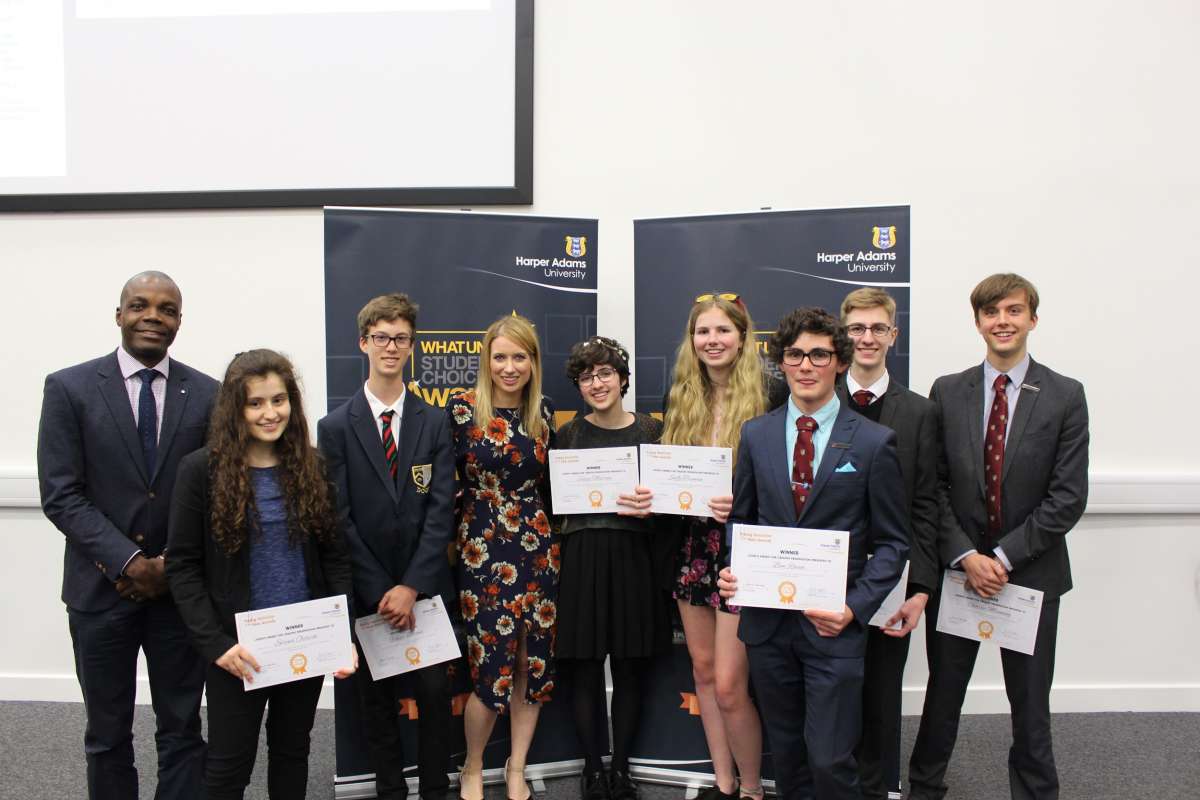