In preparation for our GCSE Drama coursework, we travelled down to London to watch a performance of Everyman - the new show playing at the National Theatre. Everyman is full of controversial and thought-provoking messages, ideas and themes.

Seeing a live performance of the production was vital to our course, and the show was extremely popular amongst us. It tells the story of Everyman, whose high profile but negligent life is suddenly cut short when Death comes calling. He is forced to abandon the life he has built and embark on a frantic search to recruit a friend, anyone, who will speak in his defence before his inevitable meeting with God. However, Death is close behind, and his time is running out.

It was a simply amazing production which occupied our minds and our conversations throughout the journey home. Back at school, we will write about the show for our GCSE course, discussing it in more depth. One thing is for certain, memories of this fantastic show will last a long time in our minds. Thanks go to Mr Millar and Mr Stephenson who made the visit possible. 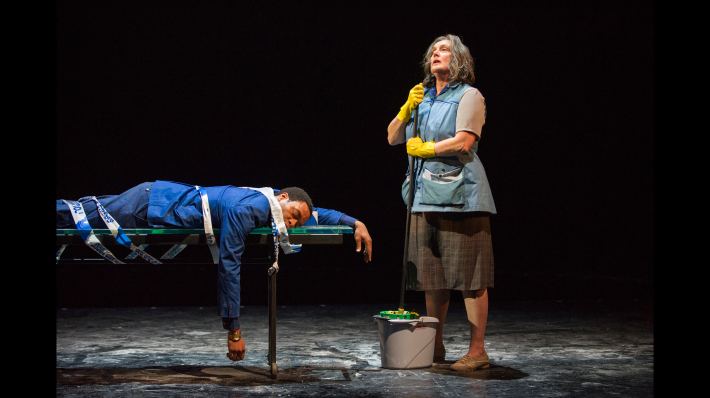