A long run of success 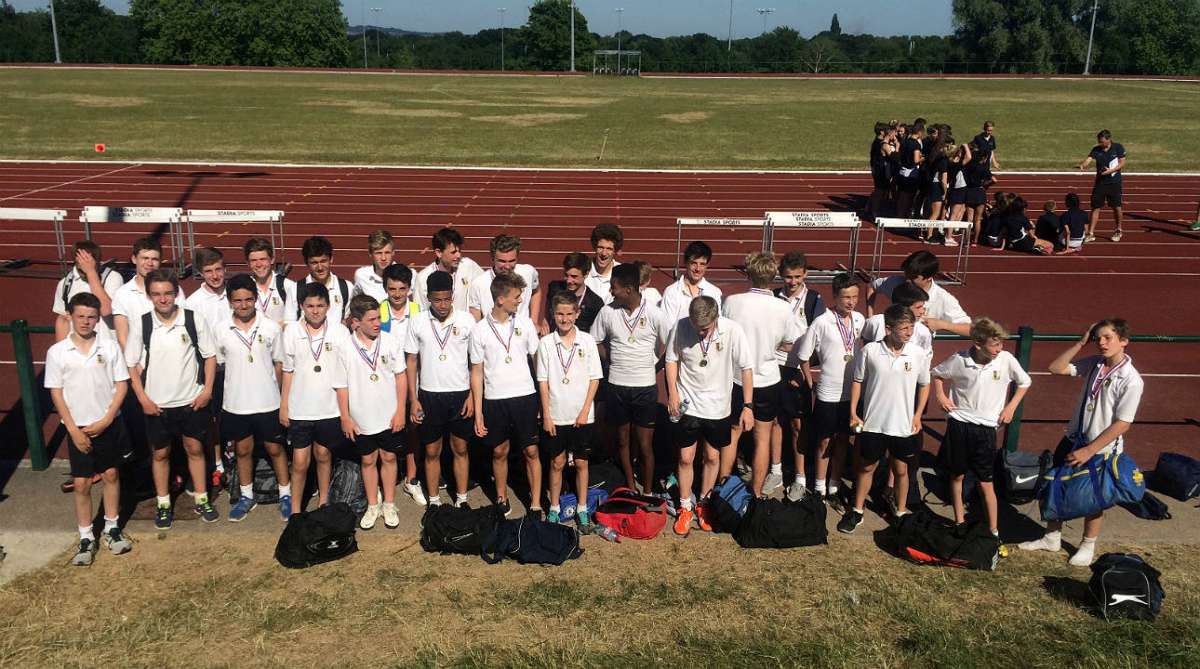 The end of June saw DCGS competing again in the district athletics event in Uxbridge. As usual, the day started with hurdles, where we had Adam Riley, Chris Grint and Sam Turner-O'Toole hoovering up the first place medals. We also had a lot of sucess in the 200m, where DCGS claimed three out of a possible four medals with Huey Chadwick, Josh Bailey and Alex Burn winning their races. Finally, DCGS completed the clean sweep in the 1500m where all of our athletes won their age group races.

In the field DCGS performed well. Charlie Barraclough and Sam Turner-O'Toole won in the triple jump and Matt Bourne won his javelin event. As per usual Siddhant Dey won his discus, with a 36m throw. A special mention is also needed for Louis Southwell who won his 400m and won the high jump, recording an impressive 1.65m.

The day was capped off nicely with DCGS winning all the relays except the Year 7 relay. It was a fantastic day for DCGS Athletics which resulted in all years winning their year groups. Well done boys!