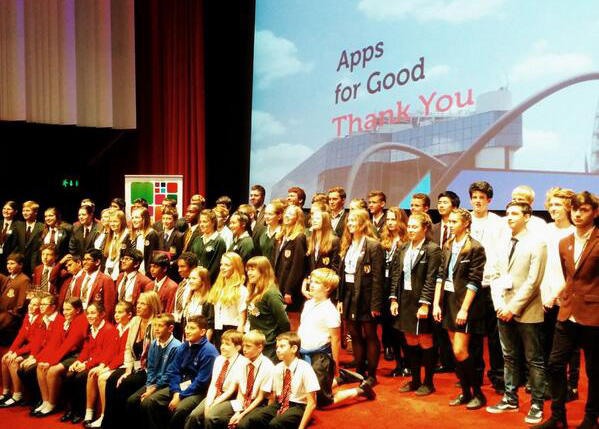 This week saw a team of Year 10s - James O’Brien, Matthew Wood and myself - going into London for the Apps for Good final, the final outcome of a competition we had been working to compete in during our IT lessons. We had been tasked with developing an idea for an app, to pitch to a panel of 'Dragons'. Much more interesting than learning Excel!

In the morning, we visited SapientNitro for an awards accelerator. They’re a marketing agency, and they gave us a glimpse of how they worked, including some expert advice about our upcoming presentation. They also gave us free ice-cream. Rock on, guys.

After lunch, we headed over to the Barbican for the real thing. There was a short welcome, and then we went to presented our pitches to a panel of judges. It was a generally enjoyable day, but boy was it nerve-wracking. It’s something practising a presentation in the comfort of your own home, but when facing a panel of people who have worked in the industry longer than you have been alive, it suddenly becomes very intense. We gave our best performance: a fantastic presentation, that lasted an incredible 25 minutes, answering every question that was thrown at us. We then went on to network for an hour: 250 industry leaders looked at the projects of the various teams competing. We presented around an easel, and repeated ourselves until our throats were absolutely parched!

Our category, Productivity, contained some very strong competition, and I must admit I was rather nervous as all three groups stepped up. The Chief Operating Officer of SAP then came onto the stage and talked about his and his company’s involvement in Apps for Good. He went on to introduce our group as 'fantastic sales people' and said, 'When these boys leave school, I want them to come and work for me, and if they don’t want to work for me, then I’ll go and work for them!'

Alas, despite this glowing commendation another team eventually won the day, though we took solace in being told that a reason for not choosing our team was because our app was too ambitious for the App for Good’s team of developers and the timescale & budget they had available. However we've learnt a lot through this process and had a great time - we're certainly keen to continue with this work, so there may be hope yet for our app!