Having brushed up on their French and donned their aviator sunglasses, a group of nearly fifty Year 12 students took to the skies last Thursday as they embarked on the annual physics trip to Geneva, a fascinating city on the border of Switzerland. Home to a wealth of culture and history, Geneva also hosts the largest particle accelerator in the world: the LHC (Large Hadron Collider). 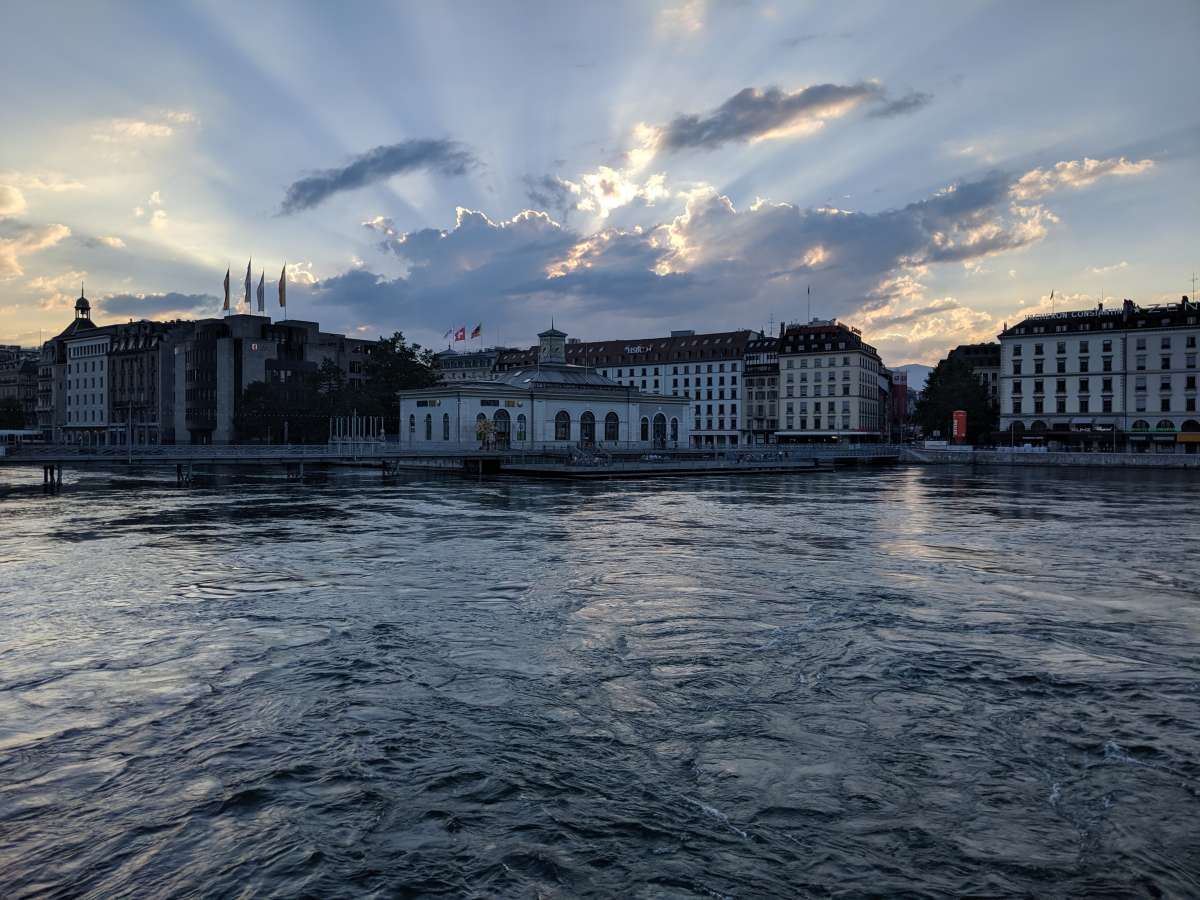 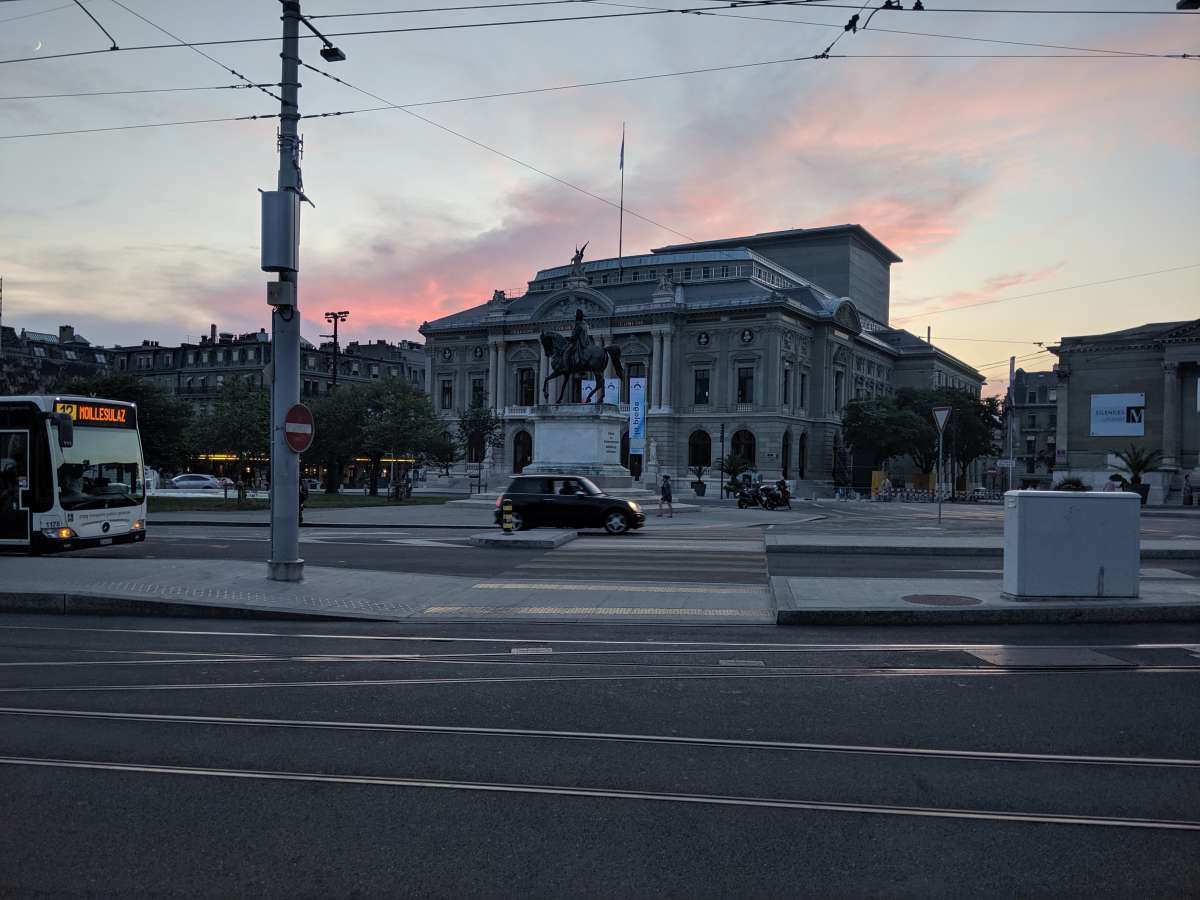 After successfully battling through the sweltering thirty-degree heat on the trek to the hotel, the group began their day in the city centre. The gargantuan Geneva Fountain, in particular, provided a host of unique photo opportunities. Much to the delight of our physics teachers, some students decided to attempt to calculate the height of the fountain by modelling it as a projectile. 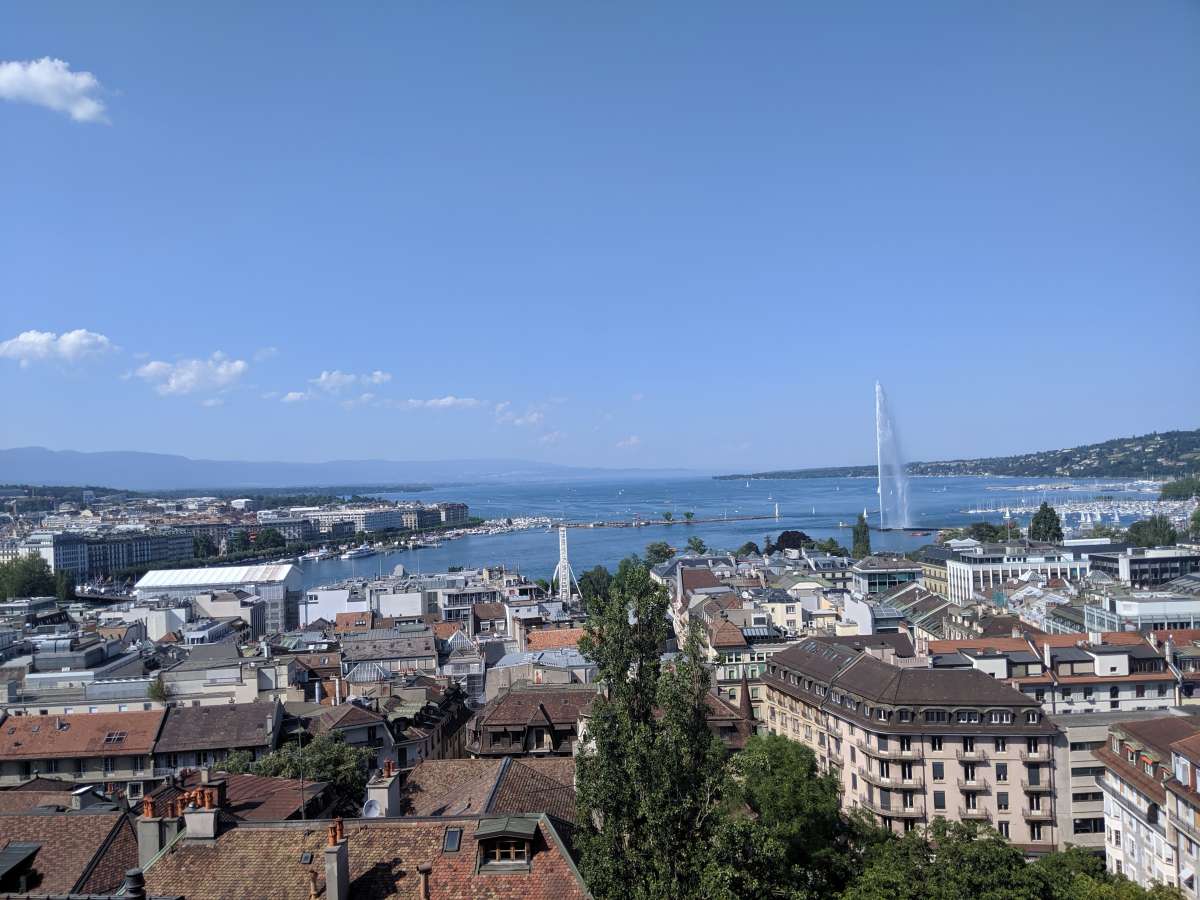 A boat ride across the picturesque Lake Geneva provided us with some relief from the sun, before we continued to roam the city in search of some dinner to bring the first jam-packed day to a close.

The next day saw the students taking a tour of the Palais des Nations, one of the four United Nations buildings worldwide. We had the opportunity to see the historic halls where vital negotiations continue to take place - the largest of which, the Assembly Hall, seats thousands of participants across the 193 UN member states. We later visited the 12th-Century Saint Peter’s Cathedral, where some of us faced the narrow staircase to experience the fantastic views at the top. 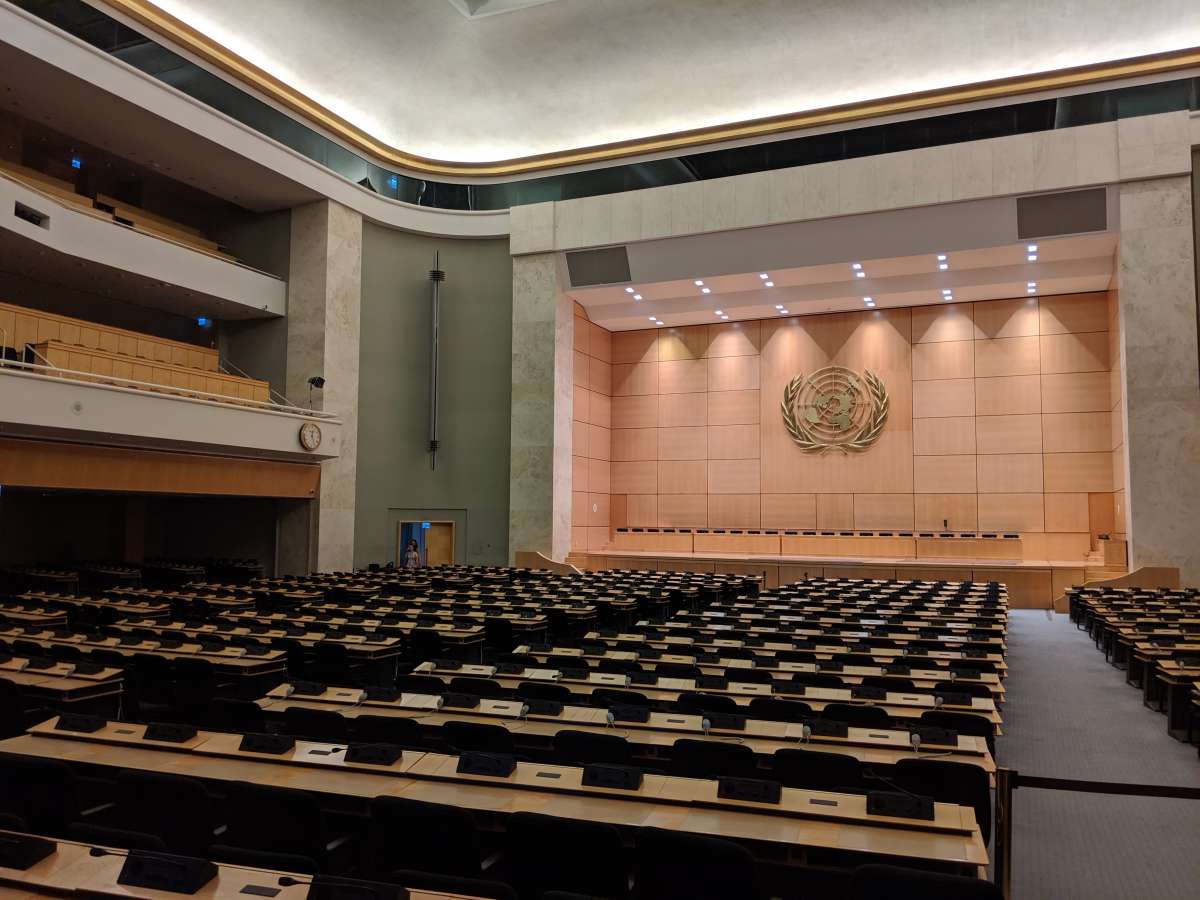 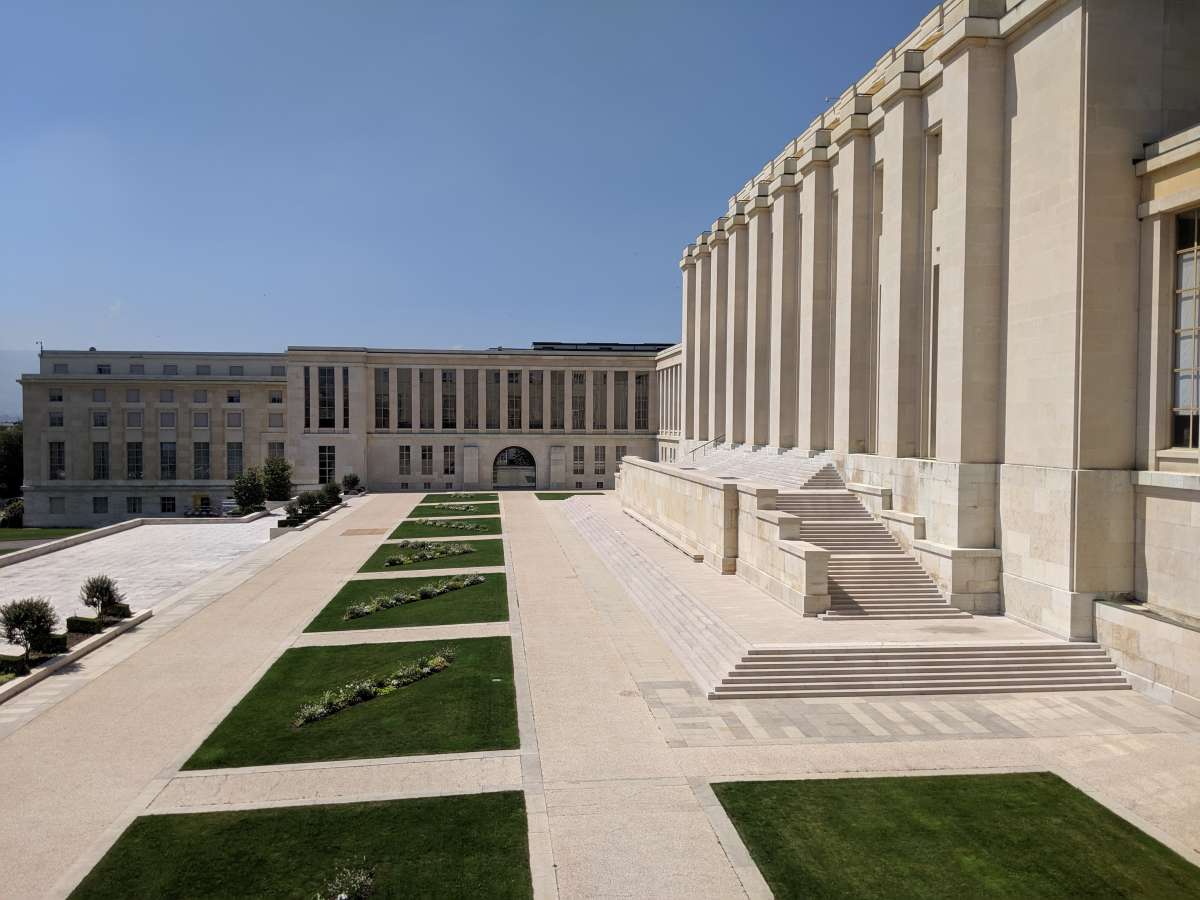 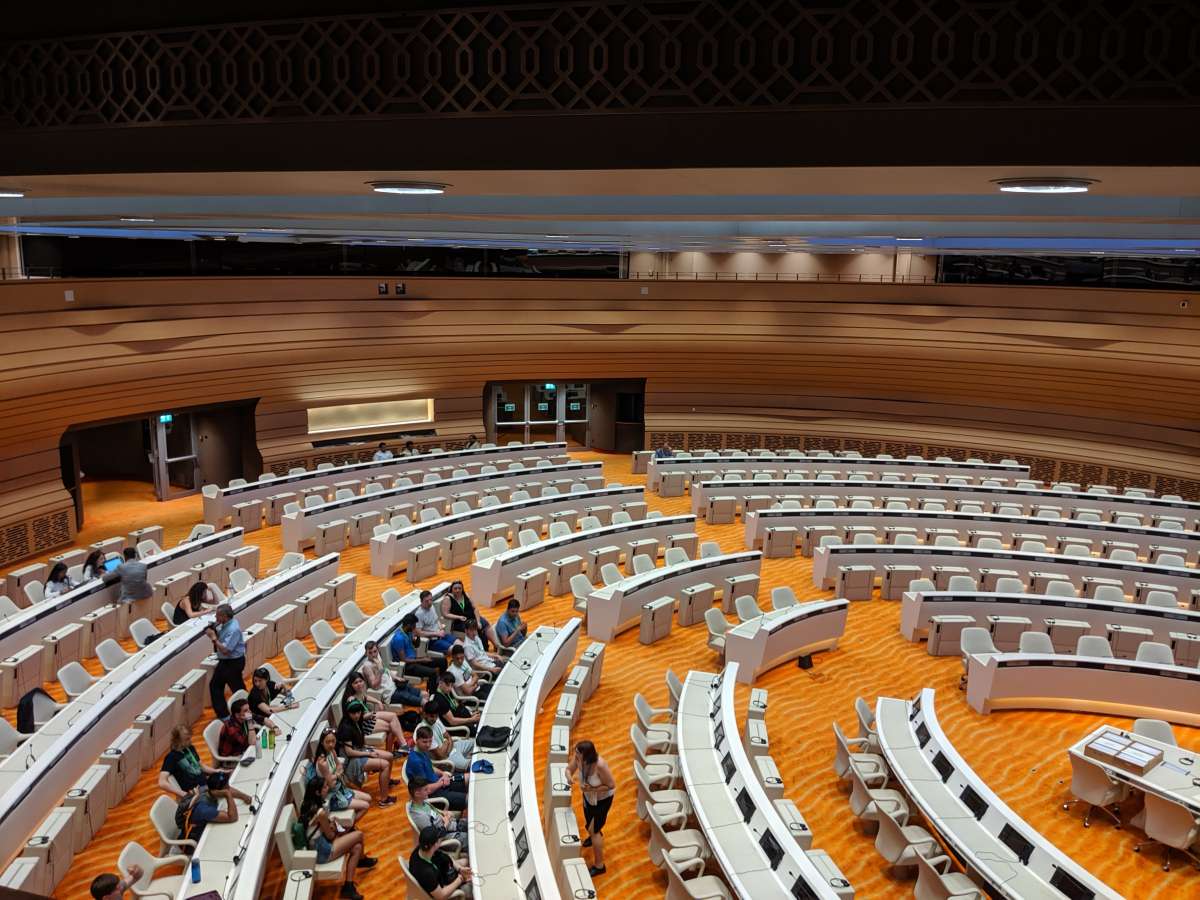 Friday brought with it the highly anticipated tour of the world-famous Conseil Européen pour la Recherche Nucléaire, or CERN. Once we had put on our safety helmets, we were taken 80 metres below ground to view the Compact Muon Solenoid detector (CMS), one of the experiments on the LHC ring.

Our visit was fortunately timed as the LHC was shut down for improvements and we were able to see the inner workings of the detector at CMS, a feat of engineering which has enabled particle physicists to detect exciting new particles using the collisions of two high-energy beams, controlled by superconducting magnets inside the accelerator. 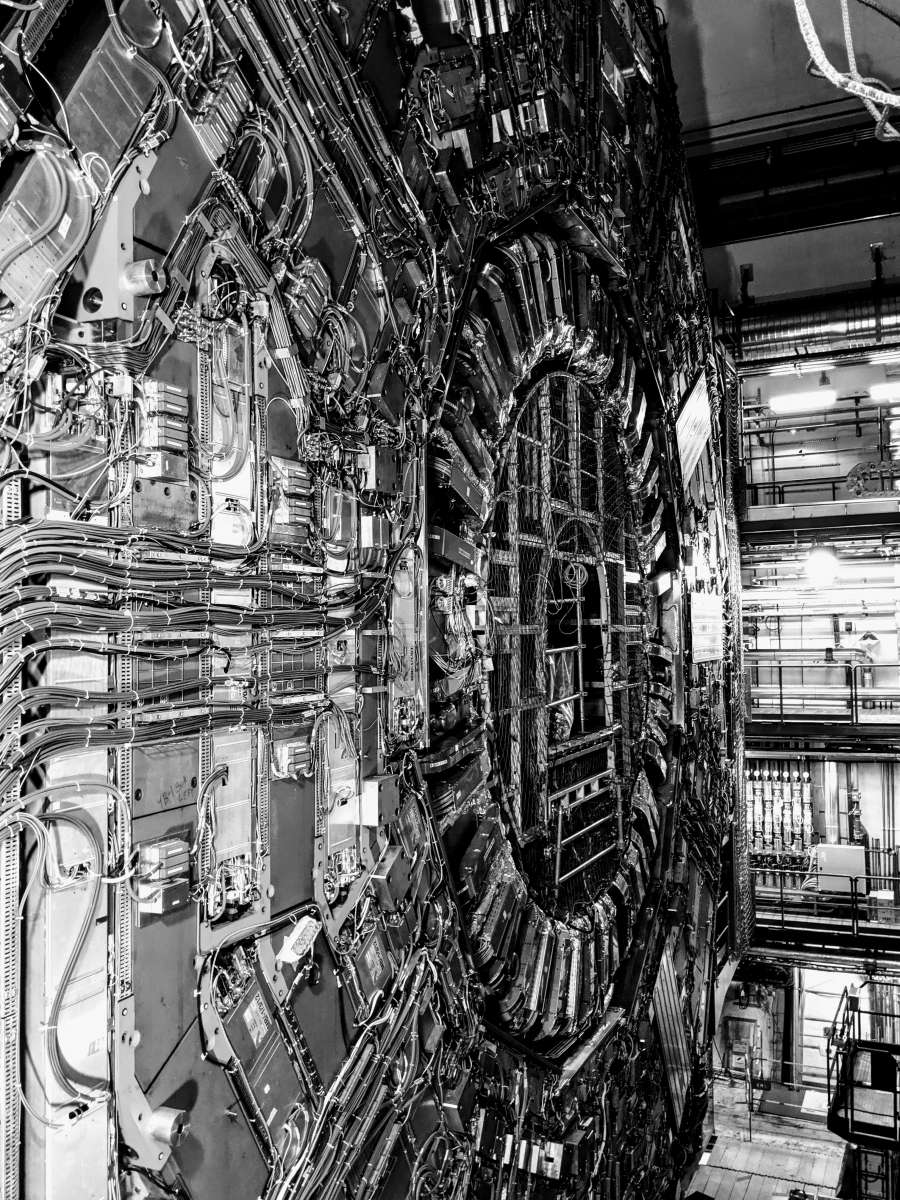 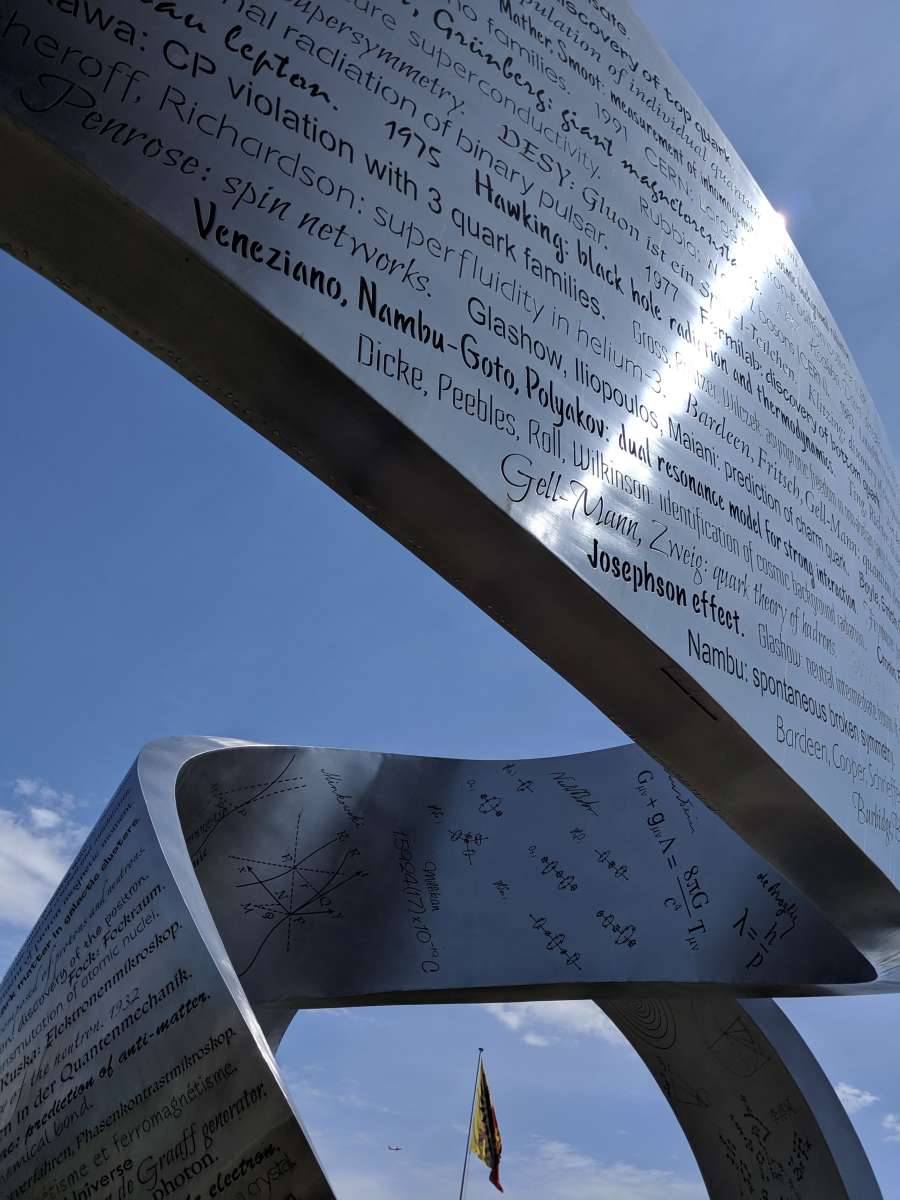 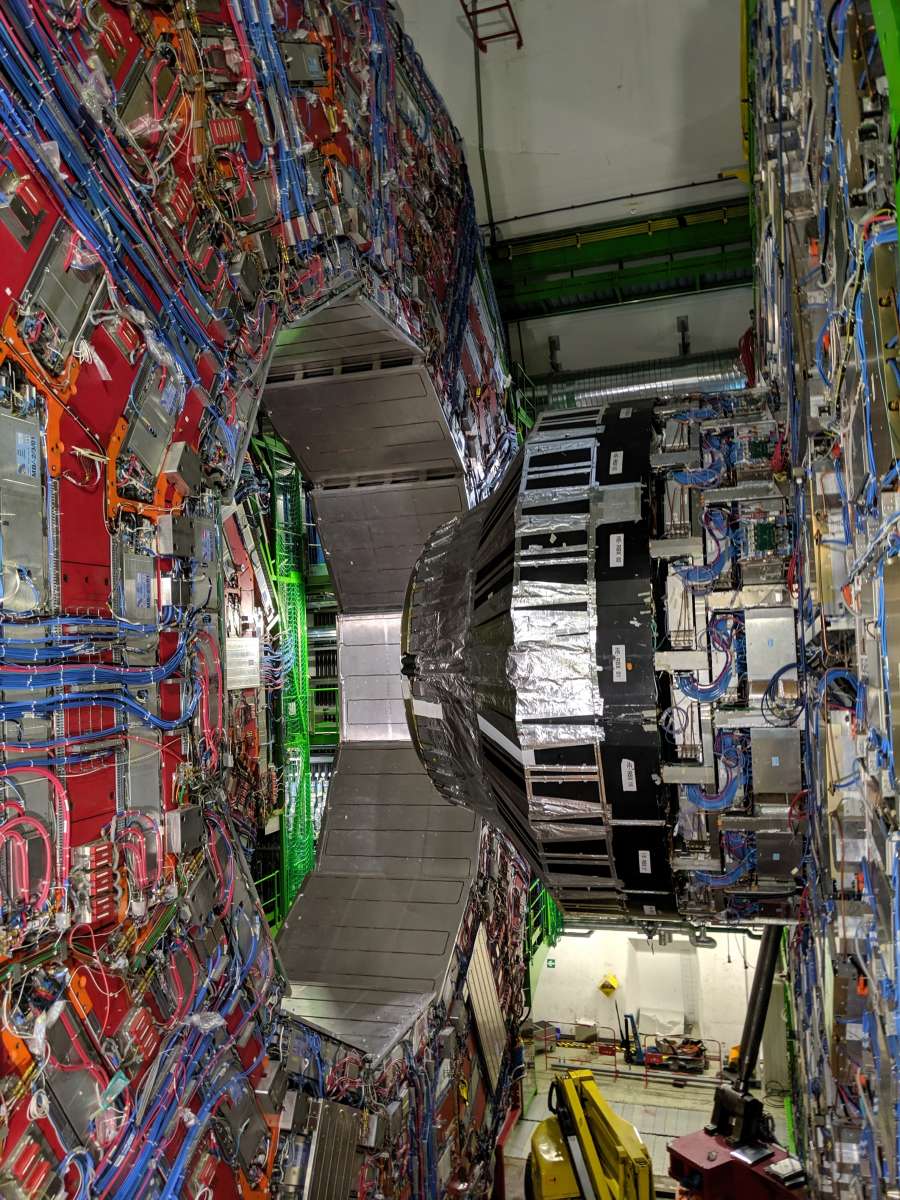 Research at the LHC has enabled scientists to improve the current standard model of particle physics and our understanding of the universe, with the long-term aim of providing answers to important questions about the existence of dark matter and dark energy.

Exhausted but satisfied with what was a fascinating and greatly enjoyable trip, the remainder of our time in Switzerland seemed simple enough - grabbing suitcases and heading to Geneva Airport for our flight back home. Alas, we were greeted with a surprise at the airport as we discovered that our flight had been cancelled due to a computer system failure. However, there was somewhat of a silver lining to this delay as we were put up overnight in a 4-star hotel where we were fortunate enough to enjoy conference rooms, jacuzzis and even two free meals. 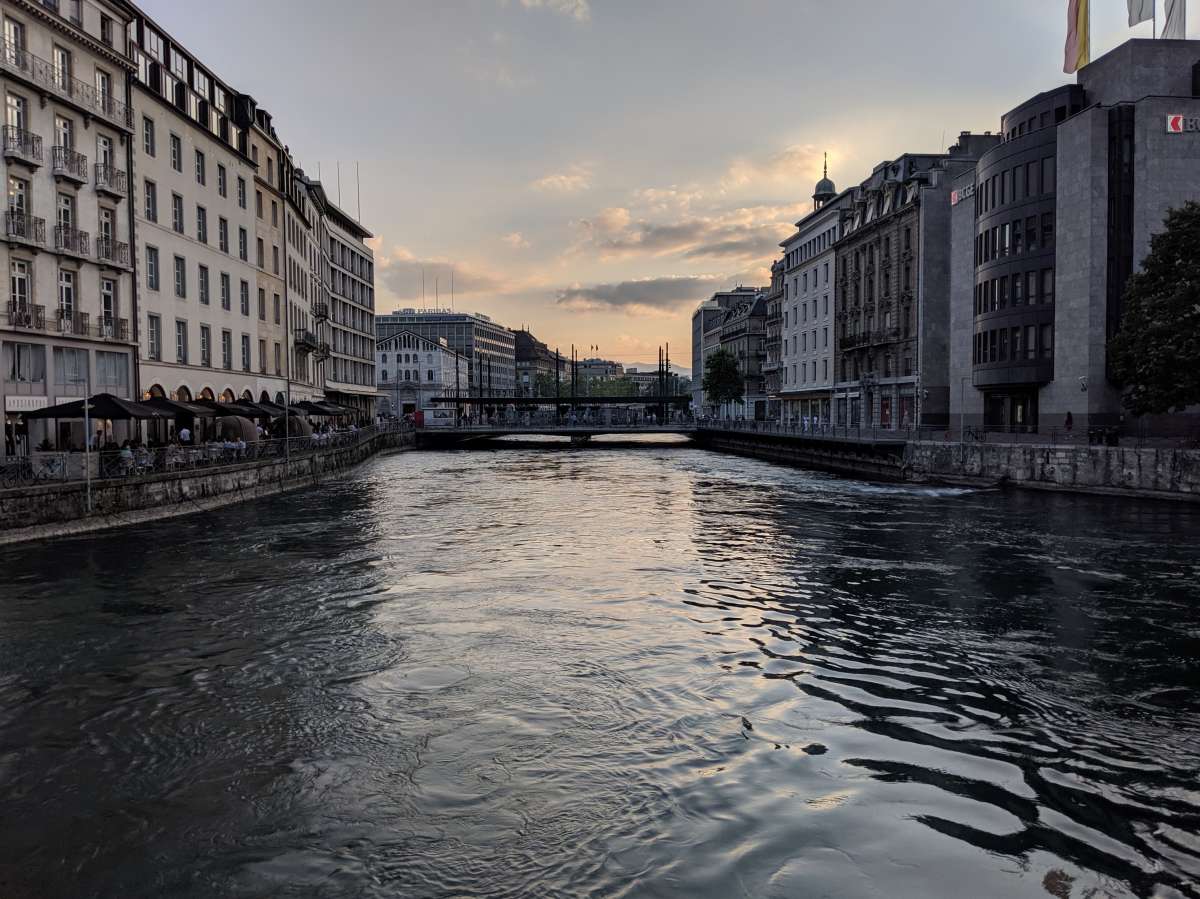 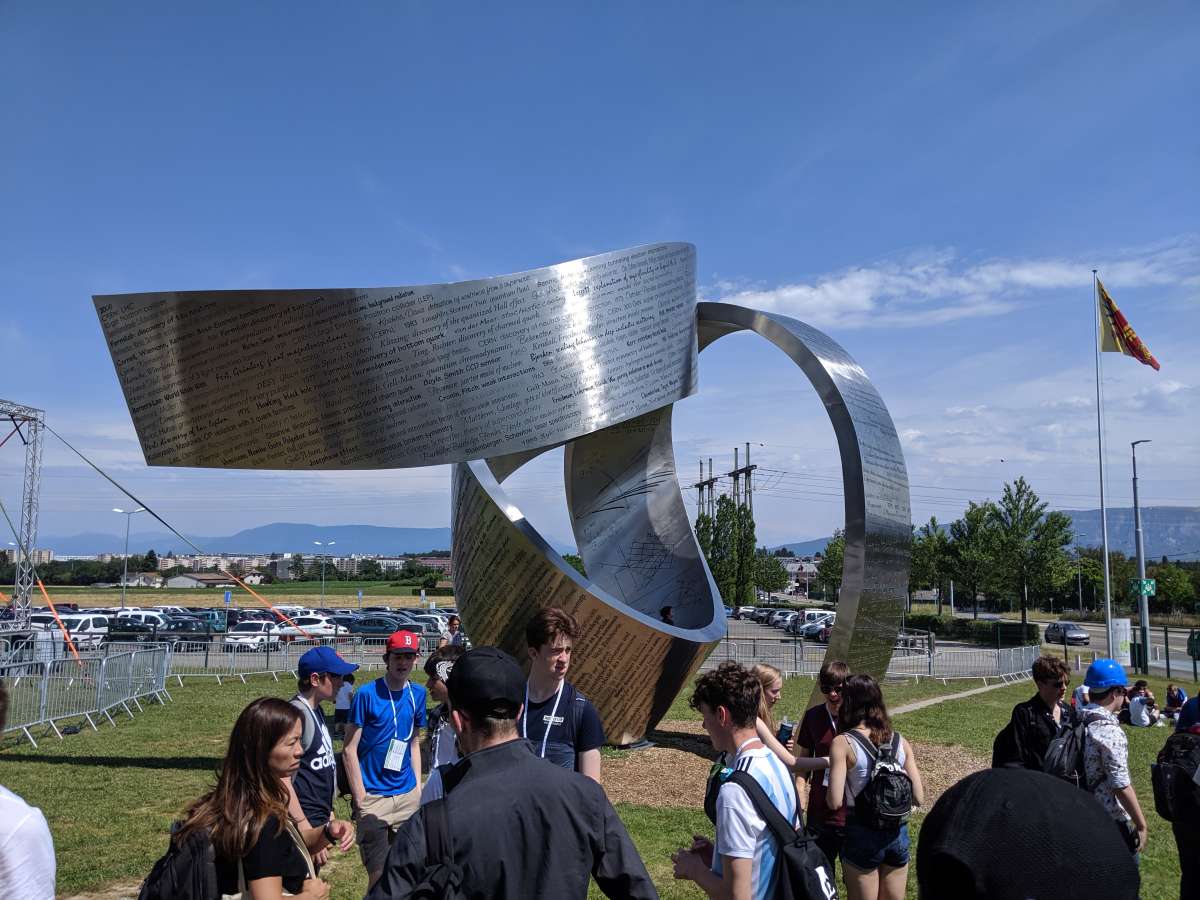 Our return proved to be a logistical challenge, but three separate flights later, all the students and staff had made it home safely, along with some fridge magnets, souvenir hard hats and joyful memories from an unforgettable visit to Geneva. Thanks to all the staff for organising such an inspiring trip.