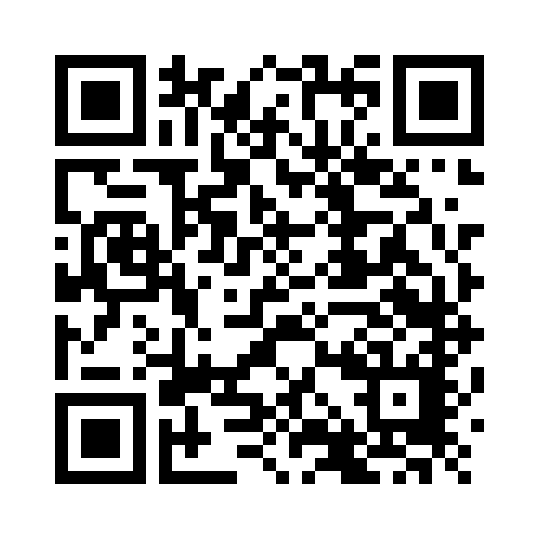 Last Wednesday, 55 members of the Joint Challoner’s Swing Band as well as the DCGS Jazz Band set off to Germany for the perennial joint music tour. 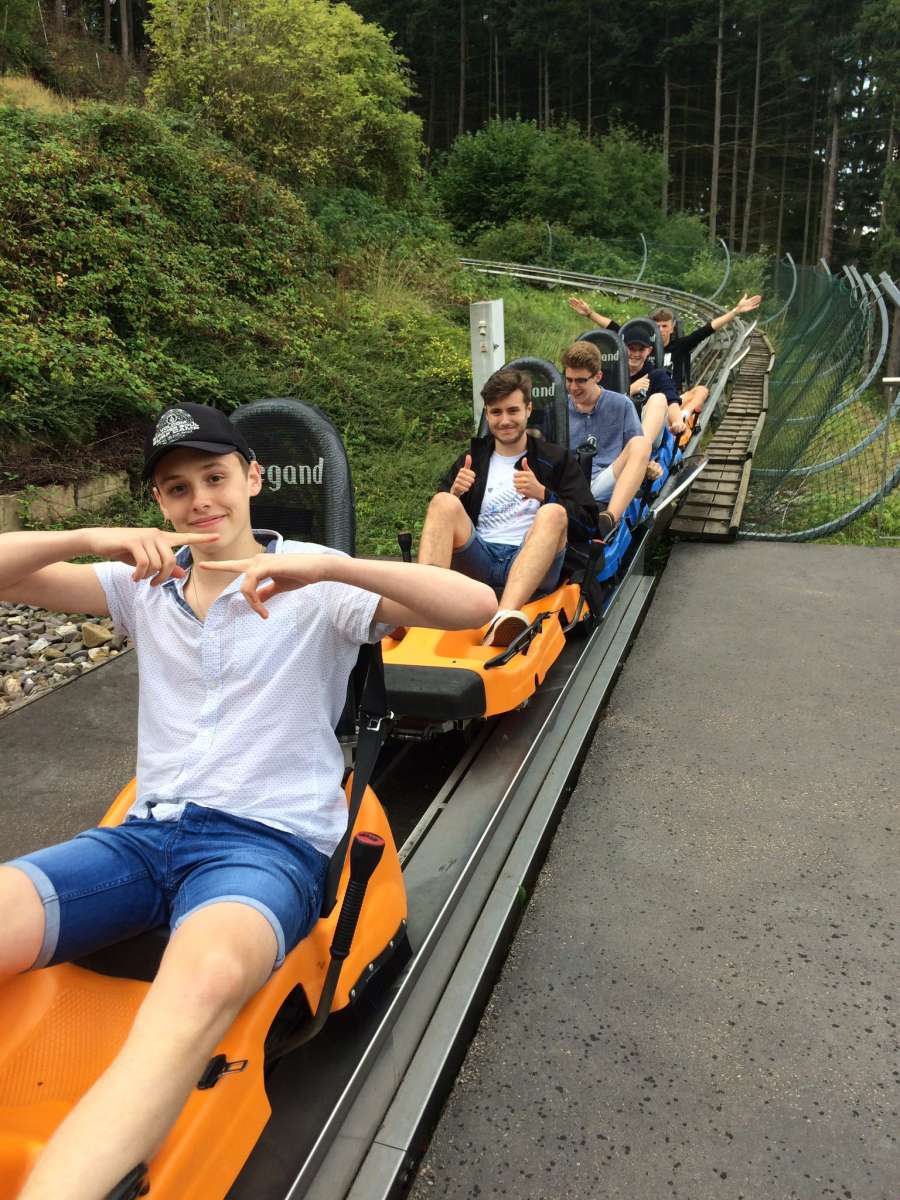 The trip started with a 13-hour coach journey to Hotel Guten Onkel, which is roughly equidistant between Luxembourg City and Frankfurt. As we travelled, we were entertained by our legendary coach driver, Robbin, with some slightly dubious facts - telling us about some 'Belgian summer cows' on the side of the road and how the trees here were remarkable since they were made of wood.

When we arrived, we were pleasantly surprised to discover the stunning location and appearance of our hotel. Each room had a balcony overlooking the river Mosel with beautiful petunia window boxes. Our sense of surprise continued as we stepped into the restaurant at the hotel where we were dazzled by the bizarre golden decor of the walls and the ceiling that made it appear like a cave.

The next day, we set off for a toboggan run nearby. With a length of over 1.2km, we raced down the hill in pairs, reaching terrifying speeds as we dared not to use the brakes for the entire journey.

Feeling slightly traumatised, we then embarked on our onward journey to Luxembourg City - the location of our first concert. Thanks to the Schengen agreement, we were easily able to pass between countries. We had an hour of free time to get lunch at a local restaurant, admire the beauty of the city and buy anything we’d forgotten to pack; which in my case meant a quick dash to H&M to buy some trousers. 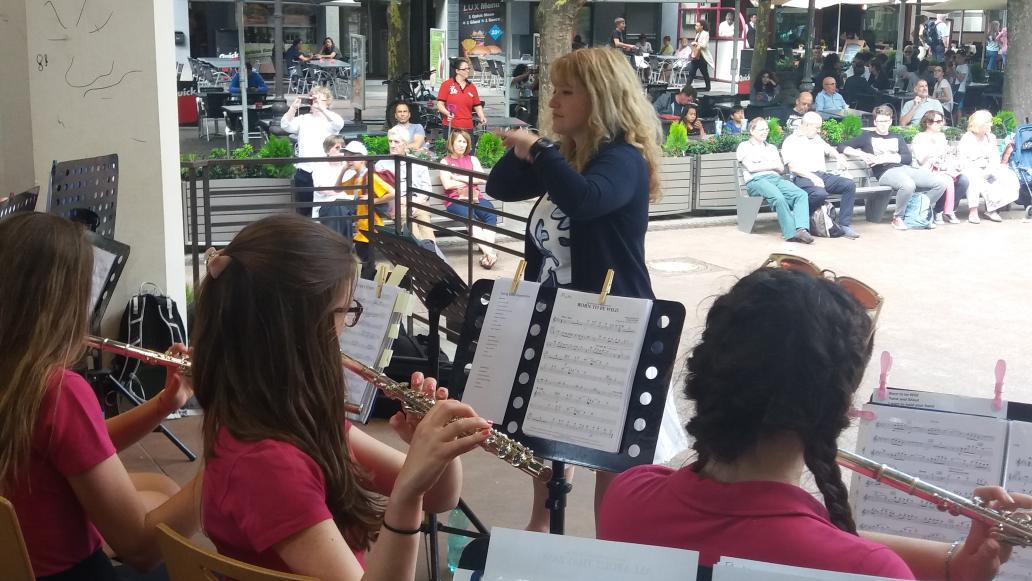 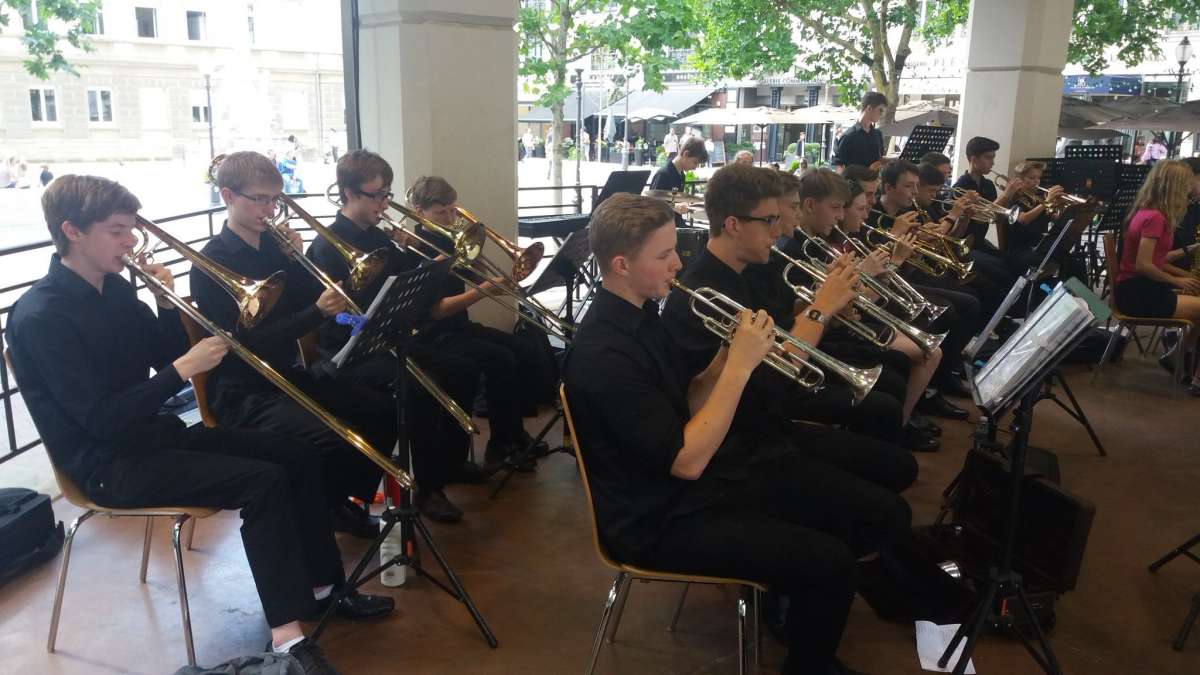 We then gathered back at our bus to collect our instruments and walked across to the main square for our first concert on the central bandstand. Here, we had an audience of well over a thousand people as we played to everyone sat outside restaurants, and passers by who chose to stop and watch.

Swing Band went on first, playing old favourites such as Mas Que Nada, Mambo No. 5 and Hot Hot Hot; which it certainly was in the 32°C sunny weather. Jazz Band, a group of senior musicians from DCGS, played next, attracting a huge round of applause from an extremely impressed public. We even had requests for a CD!

Day 2 involved a trip to the town of Cochem, a historical town surrounded by vineyards and a huge medieval castle. We enjoyed a tour of the castle, where we appreciated the intricate decorations, a 50 metre well and the armour of a legendary soldier who was over eight foot tall! We went past the vineyards back to the town centre where we were able to enjoy German food such as currywurst (or in the case of some Year 7s, a not so cultural Subway sandwich). 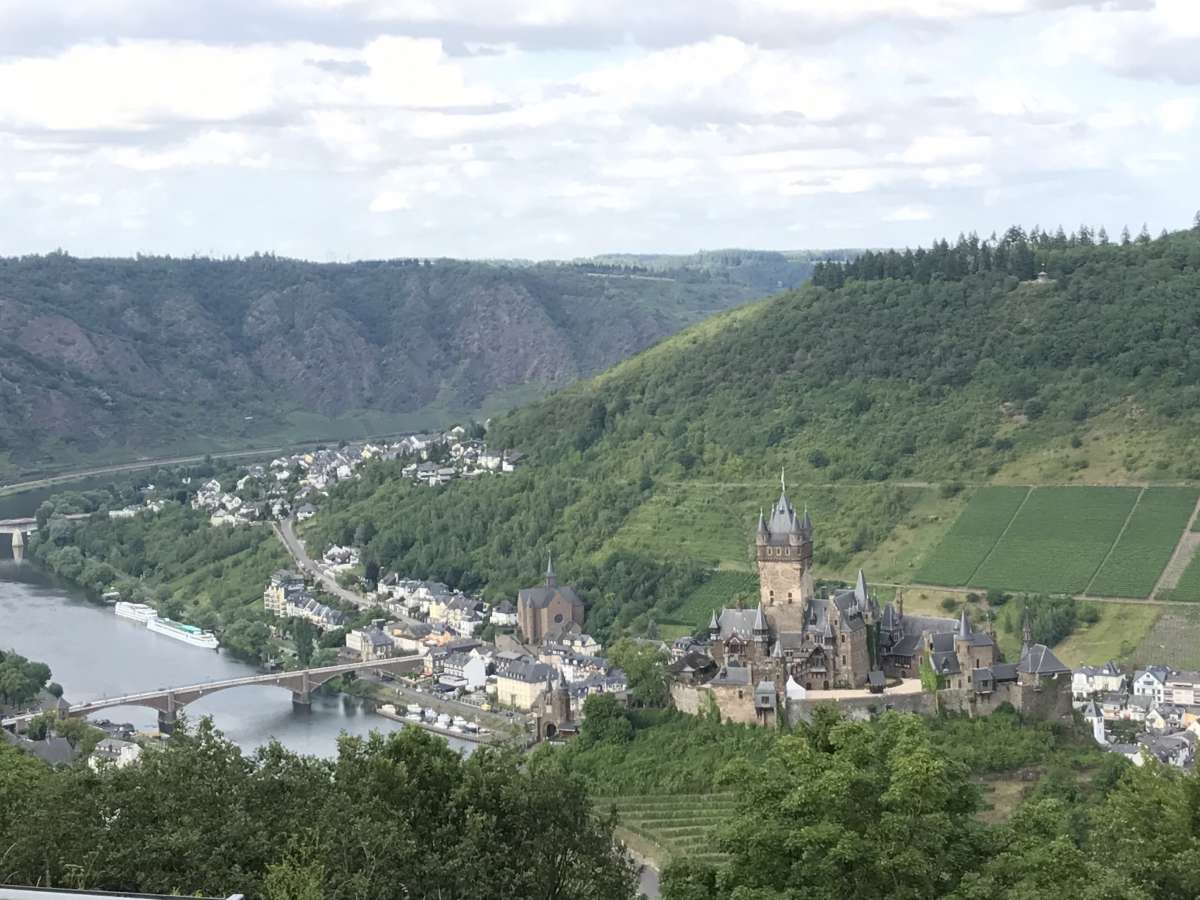 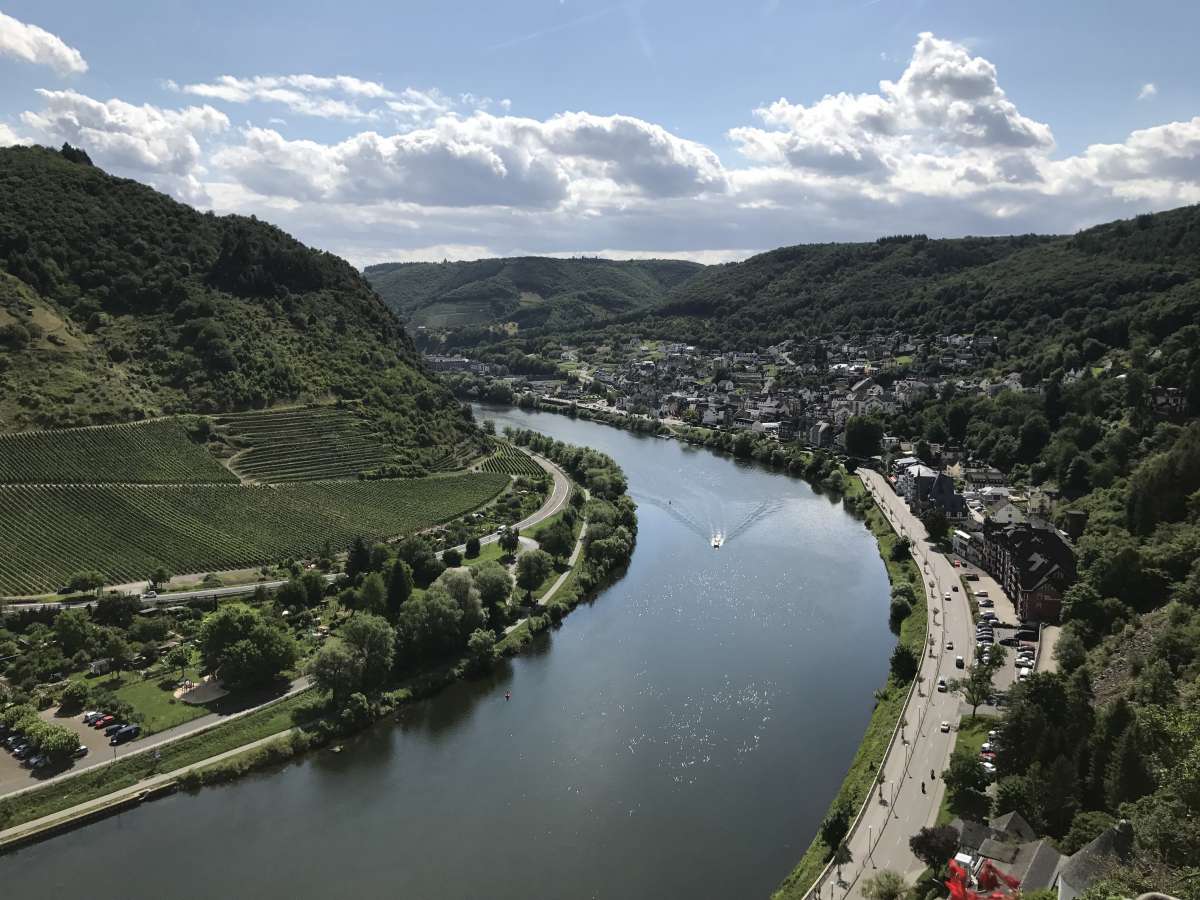 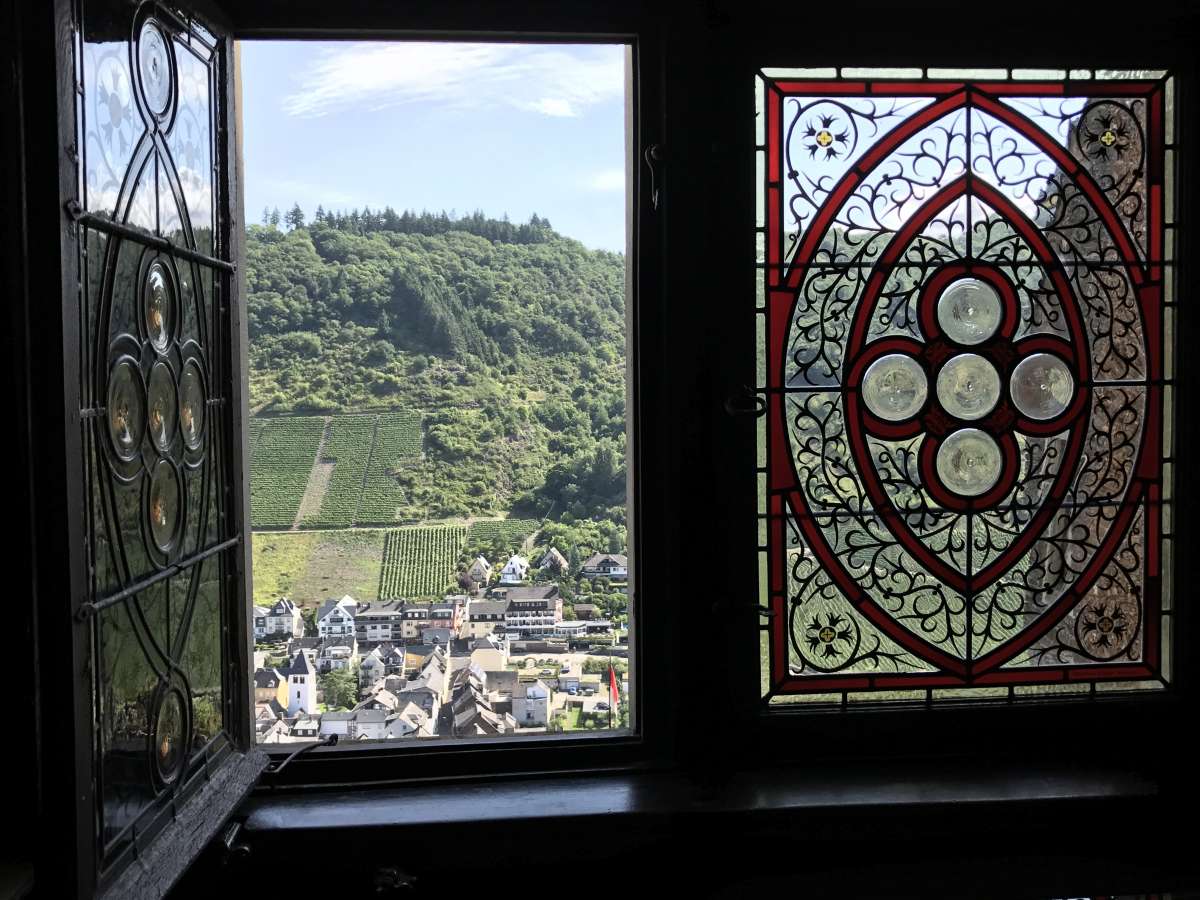 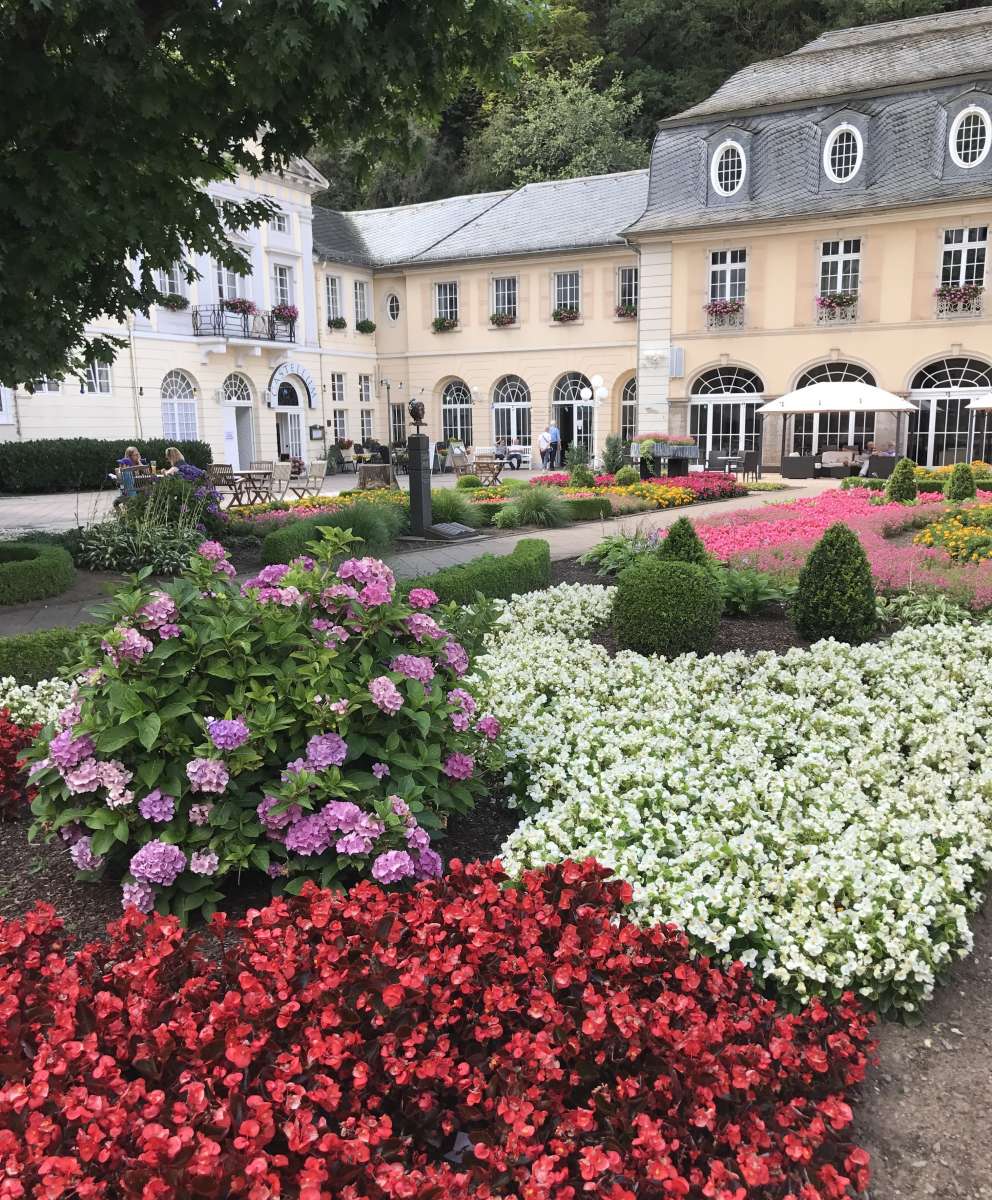 In the afternoon, we travelled to our concert venue for the day in the picturesque spa town of Bad Bertrich. Here, we played for a smaller audience than before, allowing a more personal feel to the performance. Once again, both bands were highly enjoyed by the crowd and we received over 200 euros in tips, a fantastic achievement.

The next morning, we enjoyed a scenic boat tour along the Rhine to Oberwesel, where we had a big surprise - a similar-sized band from Ashlyns School, Berkhamsted were playing! We sat and enjoyed their performance, before going on a walk to explore the local area and get lunch.

Our final concert venue, at Bad Kreuznach, was in another pretty spa town. For many of the Year 13 leavers, it was a bittersweet experience as they felt sad to be leaving the band. Nevertheless, the bands played the best they’d played on tour, with Jazz Band being shouted at to do another encore. As we performed our final piece, Big Cat Groove (which has become the unofficial 'anthem' of Jazz Band), I felt a great sense of pride to be in a band of such high quality, alongside sadness that the tour was over so soon. 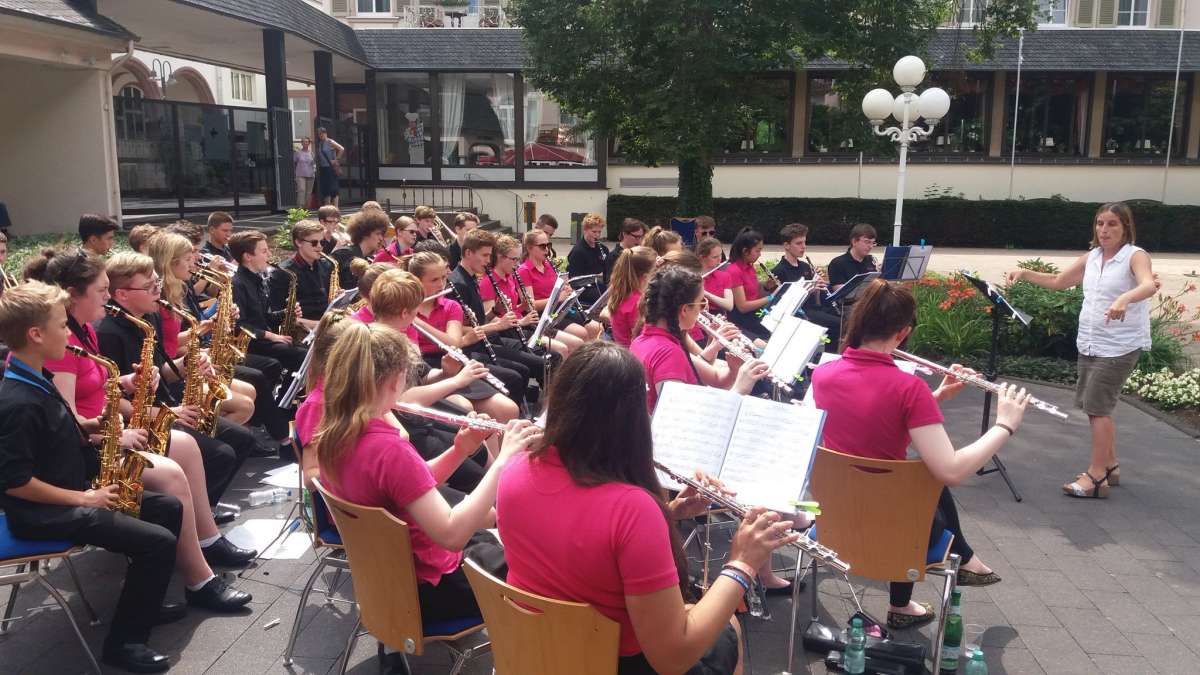 Overall, it was a brilliant trip and as with all residential trips, many people need to be thanked. In particular, I’d like to thank Robbin and Fiona, our bus driver and tour manager respectively who helped create an extremely entertaining trip. Thanks must also go to Mrs Wood (who is now leaving) and Miss Korzinek from DCHS who organised the fantastic visit. Finally, Miss Gee and Mr Tansley must also be thanked for giving up their own free time to take us on the tour and prepare the bands for the concerts. Danke schön!