Out and About on Enrichment Day 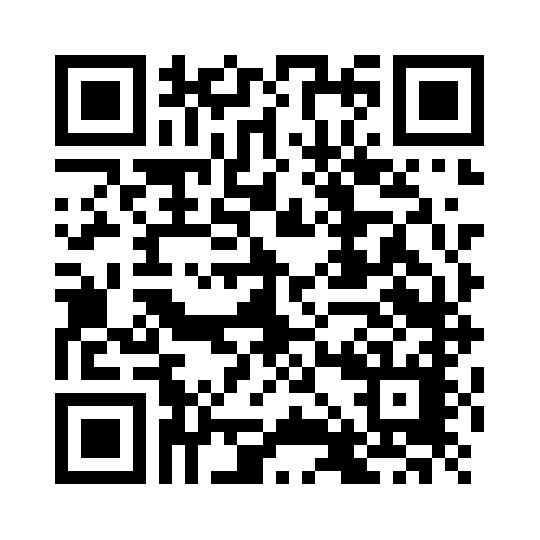 This final half term saw the Total Choice Enrichment Day back in full swing, with a plethora of exciting activites for students in Years 7 to 10 to participate in. This day is an opportunity for each student to pick what they want to do from an extensive list of 25 possible activities. There was something for everyone, ranging from fencing to a film and visual effects workshop, and even getting to be a spy for a day. As such this article only serves as an excerpt of some of the highlights of what was a very enjoyable day. 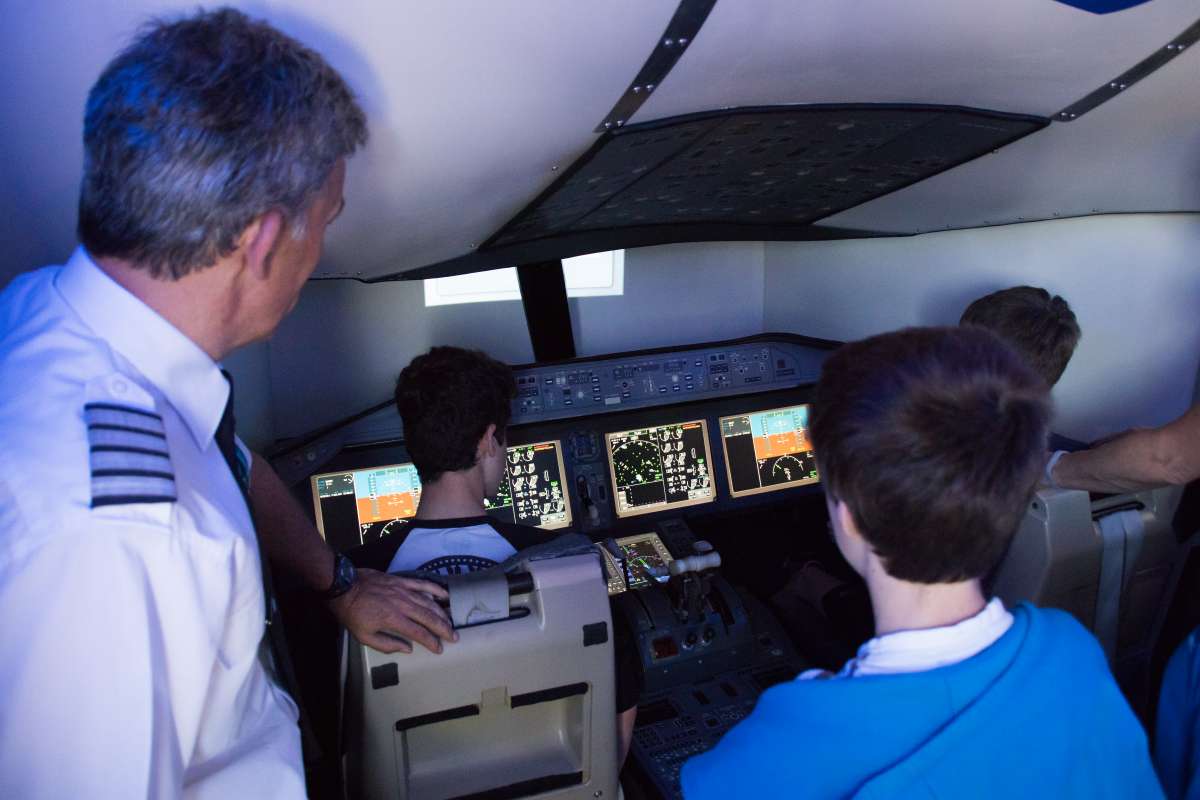 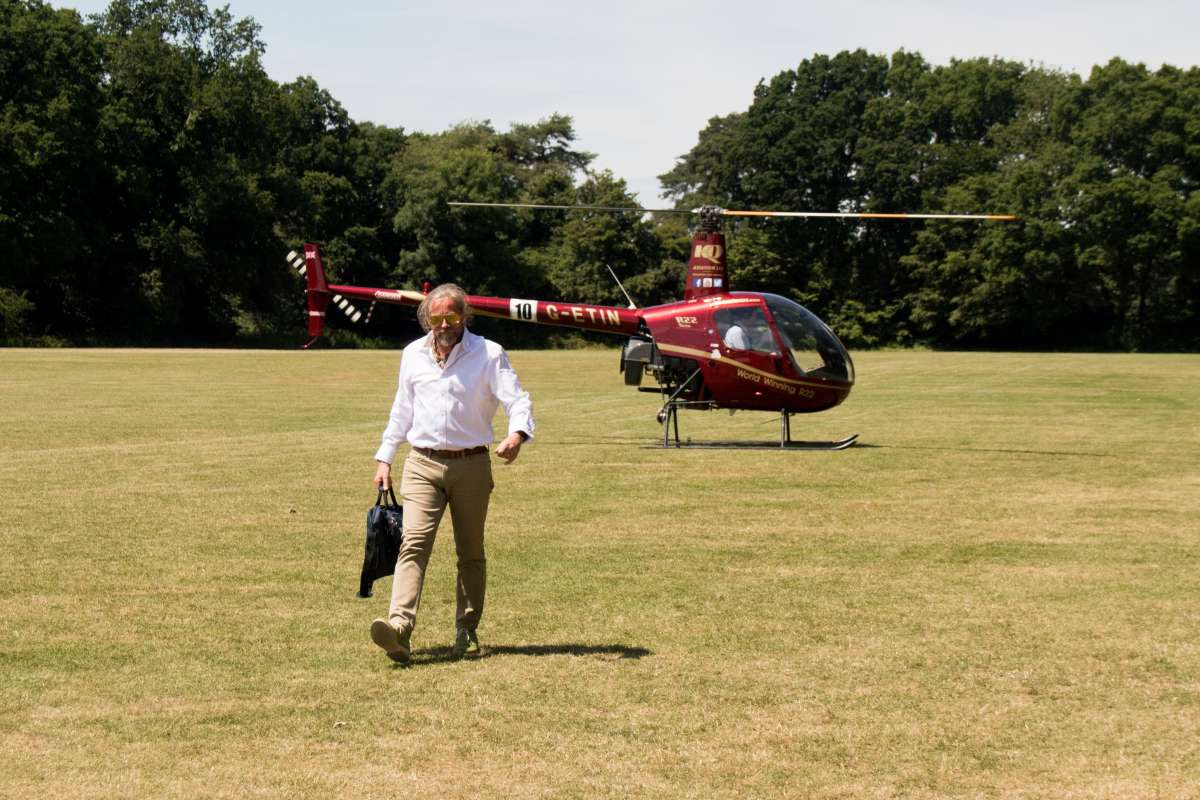 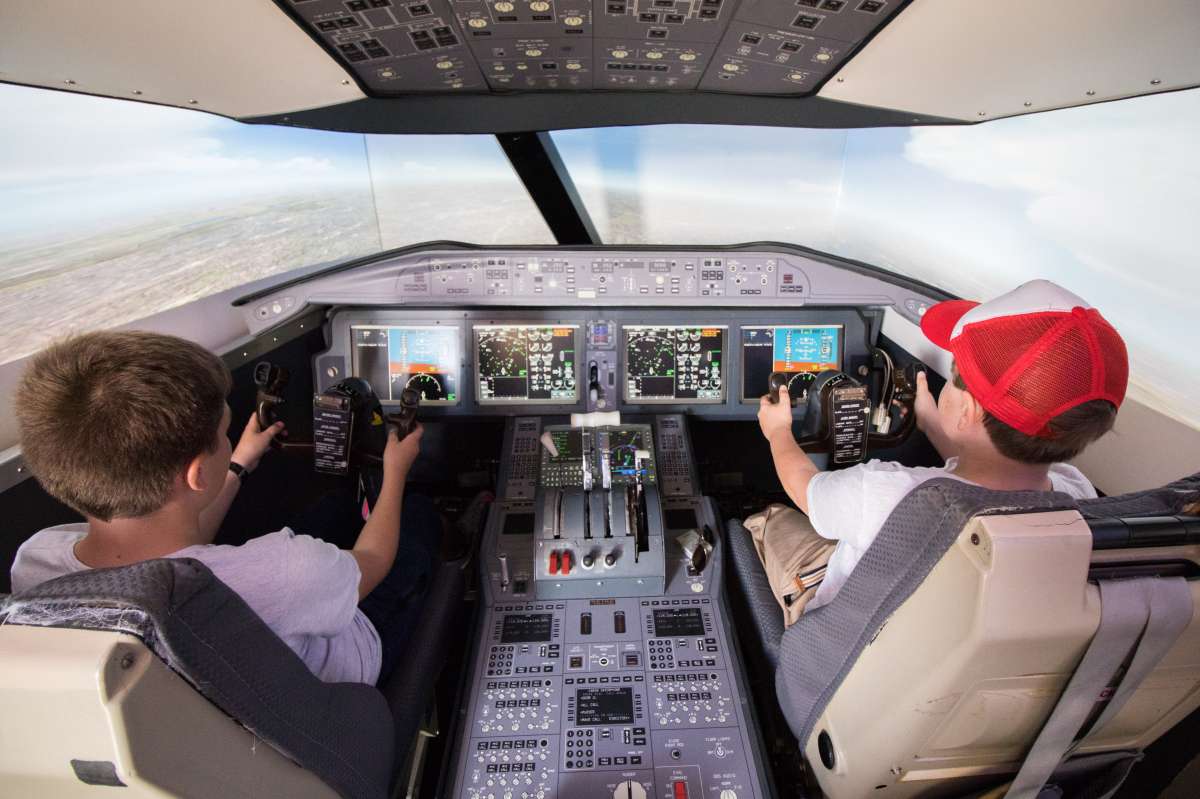 One of the recent additions to this enrichment day was the aviation workshop that took place at school. The day started with short talks from the visiting Captain Mark Levy (British Airways) and Sgt Tony Pickett (Royal Air Force), following which students had the opportunity to use a high tech B787 flight simulator. After initially learning the ropes, they moved onto practising more advanced procedures such as barrel roles and fast landings. After lunch the students were met outside by Mr Butler and a helicopter piloted by the mysterious Captain Q. Following a look around the helicopter and an interesting discussion about the physics of aviation everyone had a chance to sit in the cockpit and learn how the controls work. Captain Q gave a talk on expeditions in his helicopter as far as the Arctic (in temperatures below -20℃) before departing in the same stylish fashion as his arrival: flying away in his helicopter with a very satisfied group of young aviators waving him goodbye.

Footgolf proved to be an interesting new choice this year, as a group of students set off to the Little Hay Golf Complex to give it a try. This up-and-coming sport is played similarly to golf, with the exception that players use a football instead of a golf ball, and the ball is kicked rather than hit with a golf club. The footgolf course is a lot smaller than a regular golf course with holes only up to 100m apart, making a more exciting and fast-paced experience. The students went around the 9-hole course twice in groups of four before entering a knockout tournament. Mr Sharpe (being a Hertfordshire county player) dominated whilst a few others also got a hole in one. 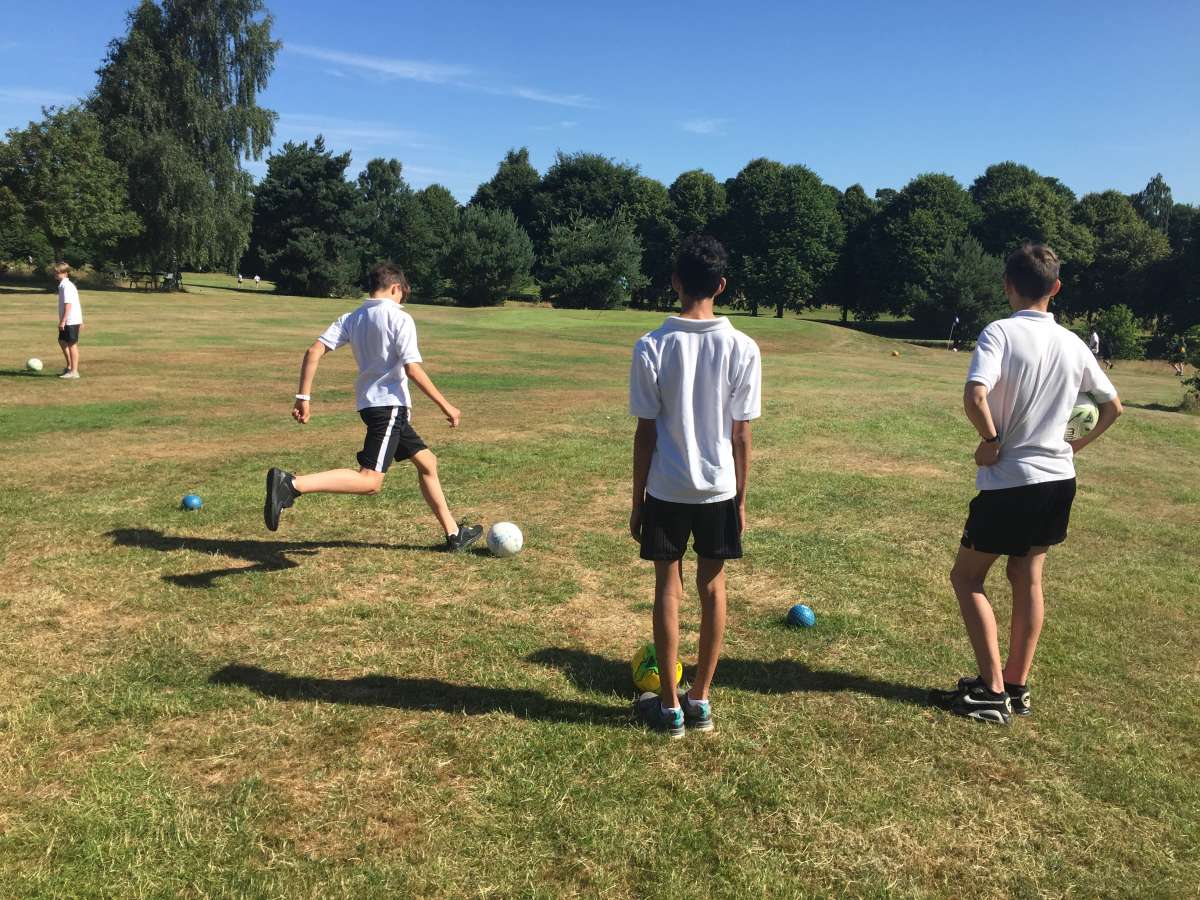 Some students had a very early start, crossing the channel at the brink of dawn to spend a lengthy day exploring Dunkirk. Their first activity was a trip to the top of the bell tower, and whilst the early start meant climbing the many steps was a challenge for some, the clear overview of the city from the top was truly stunning. After a gentle stroll past the harbour, the boys then had the opportunity to visit the local zoo. Apart from just looking at the animals, the students were able to read the animal and habitat descriptions in French and translate this into English - developing their knowledge of both the natural world and the French language!

One of the returning options was the ever popular bushcraft day. After walking to their basecamp with their loud and bouncy instructors, the students discussed the five basic survival needs in order of importance - oxygen, shelter, water, food, and fire - before setting off gathering wood for their fire. The first attempt at making the fire was smothered by an excess of wood piled on by the very eager students, but a more cautious second attempt yielded better results with the fire growing large enough for the boys to cook their kebabs over it for lunch. In the afternoon the students learned first how to make rabbit traps, which whilst illegal in the UK would prove useful in a survival situation, after which they skinned their own rabbits. 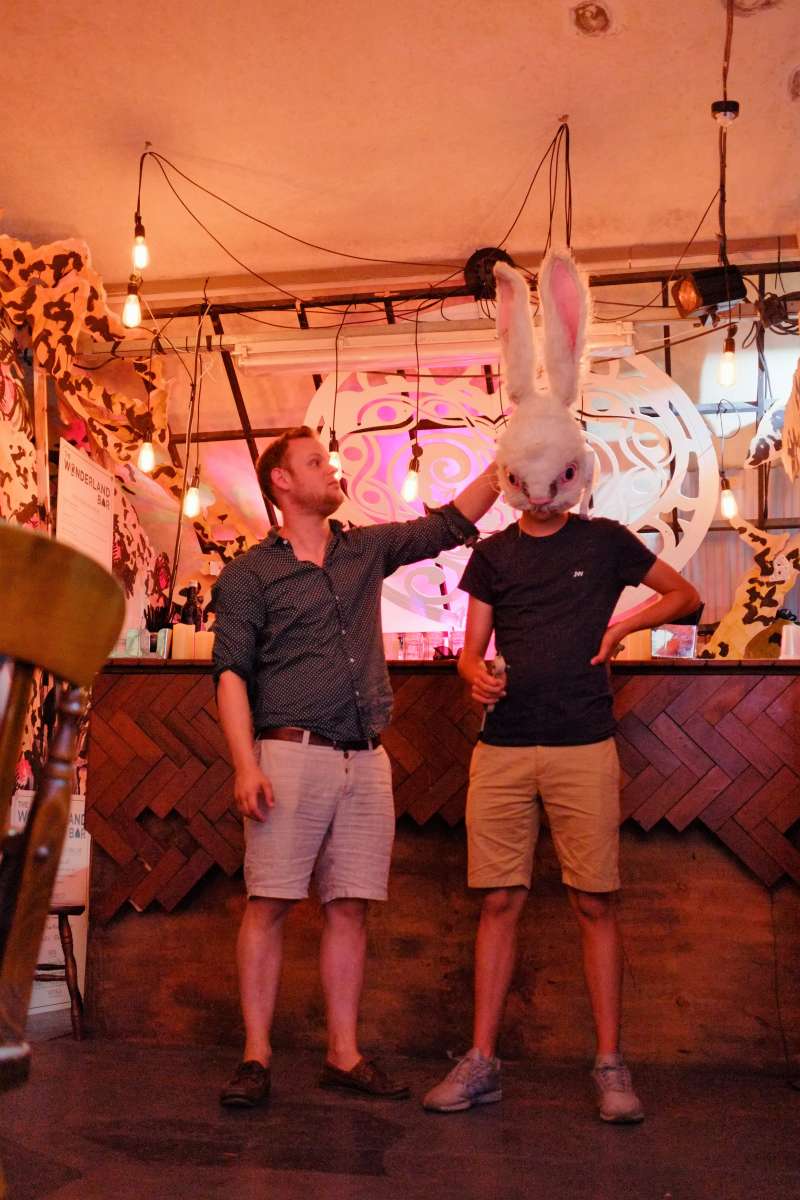 The immersive theatre day certainly lived up to its title with a jam-packed art and drama experience. The first destination for the budding students was the National Theatre where they toured the Sherling Backstage Walkway. The balcony offered fantastic views of the craftspeople, scenic painters and prop makers all hard at work. They then travelled to the Oxo Tower Wharf where the students saw an exhibition of architecture work from Cambridge University students. The highlight of the day was visiting The Vaults Theatre, where the students received a jaw-dropping backstage tour of the immersive theatre show Adventures in Wonderland from one of the production’s creators, and a Q&A session about getting into theatre and producing immersive shows. After the tour, the students saw the live show, making their own choices about the way they viewed the story as they travelled the world of Wonderland brought to life.