Curtains Close on Culture Club for the Year 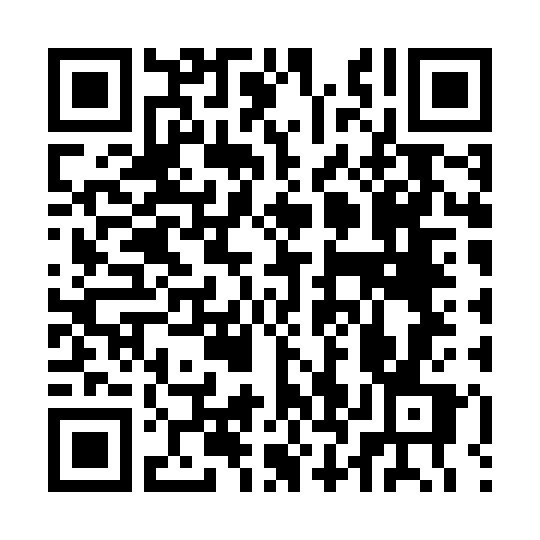 Concluding a year of fantastic visits in style, Culture Club’s day out to London included a tour of the National Theatre, seeing the award-winning musical Kinky Boots, and a meal. 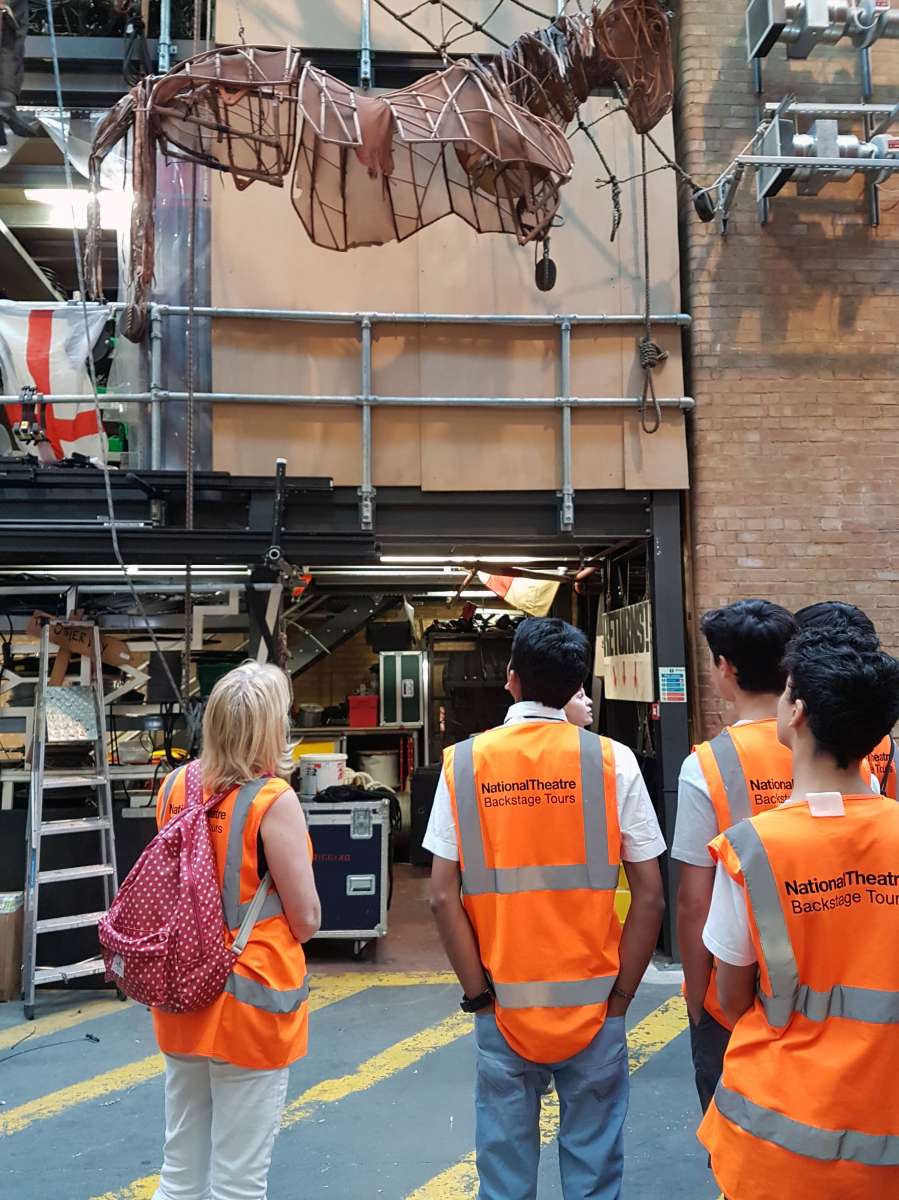 The backstage tour of the National Theatre gave us an insight into the workings of the theatre, just a month after we’d seen Salome performed in the Olivier Theatre (the largest of the National’s three stages). Still set up for Salome, but with the set dressing partially removed, we were able to see the inner workings more closely, the stage turntable having been a major part of the play. As well as the five-storey-tall revolve built into the stage of the amphitheatre-style space, the efficiency of design allows for huge storage spaces not only behind, but above. The hoist system in the fly-tower is able to hold more than the size and weight of a double decker bus above the stage, out of view, whilst another play is performed underneath. This allows for two plays to alternate performing in the theatre, without having to move the scenery very far at all.

The Lyttleton Theatre, the second largest performance space, is a proscenium arch theatre, currently housing the eight hour epic Angels in America. We were even lucky enough to get a glimpse of Andrew Garfield in rehearsal for Angels in Angels: Part One, showing later that day. The Dorfman Theatre is the smallest yet most innovative space, with flexible seating and staging arrangements available. As such, newer, more experimental work often ends up in this space. We were also able to see the vast props department, with a huge wall dedicated to backdrop painting, a vast woodwork department, and an impressive set of storage spaces that mean that plays are developed largely in-house, rehearsed on the stages and designed close by backstage. 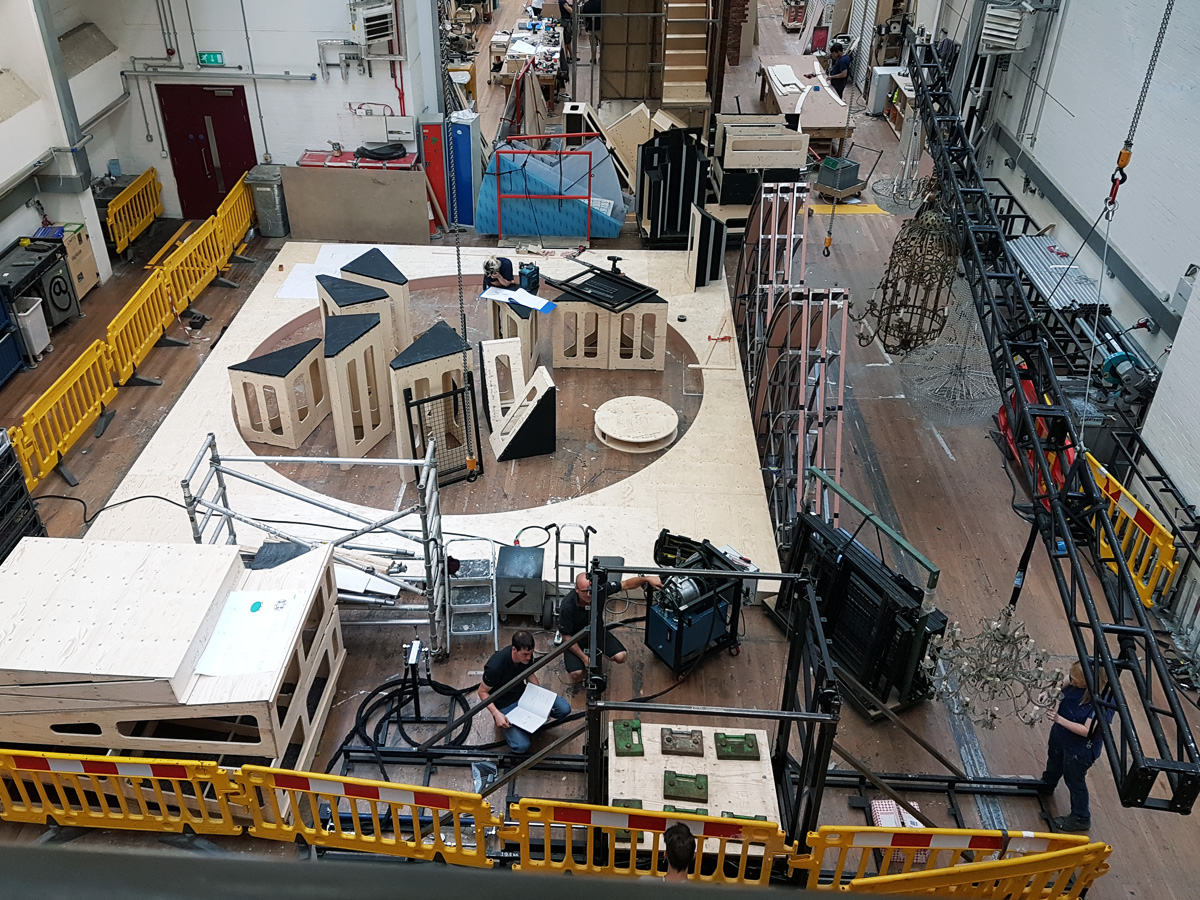 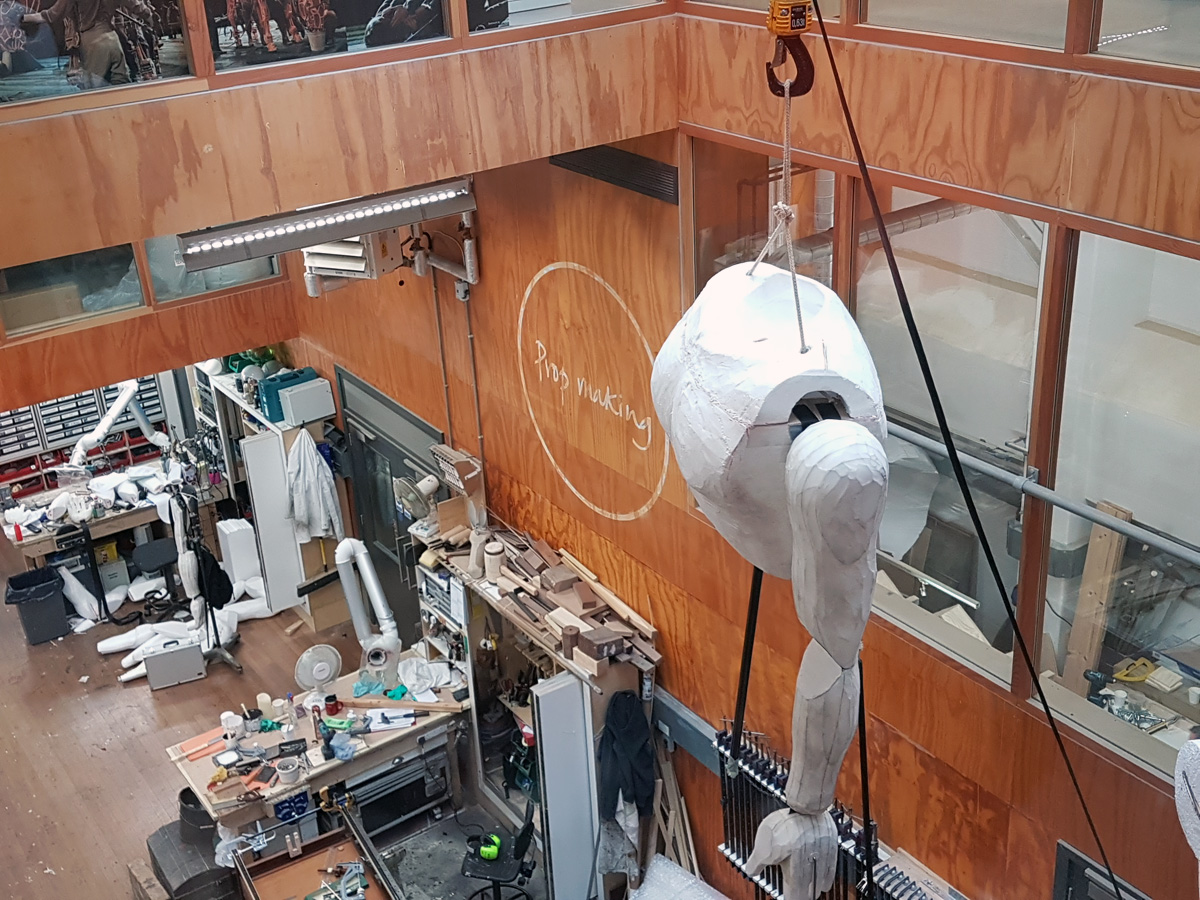 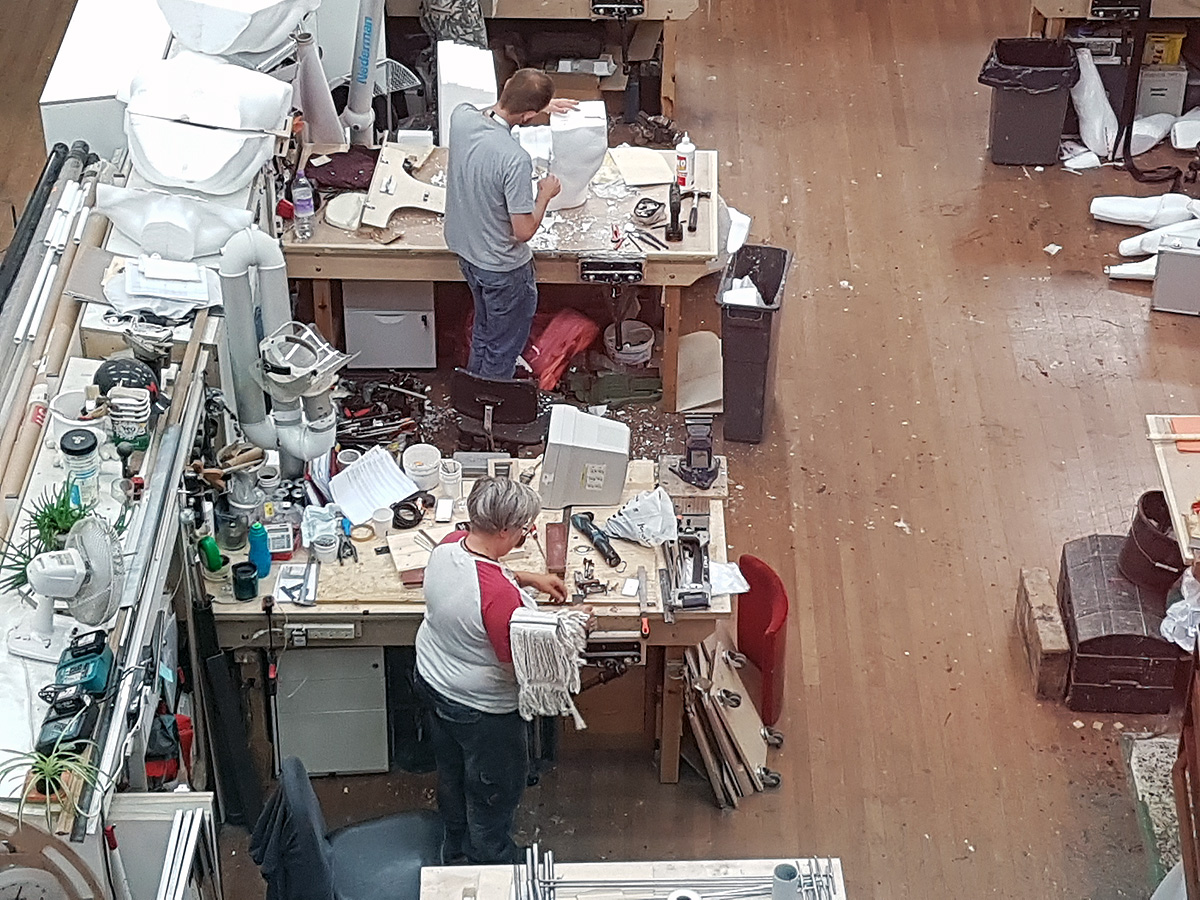 After the tour, we walked across the river to the Adelphi Theatre, where we were lucky enough to see the multi Olivier award-winning musical Kinky Boots, featuring original music by Cyndi Lauper and a book by Harvey Fierstein (Newsies, La Cage aux Folles).

Based on the 2005 film, the musical focuses on the struggle of a young man from Northampton who inherits his family’s failing shoe factory after his father’s sudden death. Facing the prospect of having to put practically all of his home town out of work, Charlie Price has the brainwave of changing his company’s product in order to cater for a different, very colourful group of customers: drag queens. What follows is an incredibly uplifting exploration of the true meaning of masculinity, interspersed with several top-rate musical theatre songs. The touching and unlikely friendship between introverted Charlie and extroverted-and-a-bit-more Lola is to me what sets this musical apart from other contemporary musicals. The common ground they find over the ‘endless torment of expectation’ from each of their fathers is something which felt extremely human and sincere, and which firmly grounded the glamour and sexiness of other moments back into the real world.

We then walked the short distance to Trafalgar Square, where we dined in Pizza Express. This final trip rounds off a superb year of visits, encompassing a range of music, ballet and theatre. In the 2016-17 season, Culture Club have been to a concert celebrating American music on the eve of the US election, a festive pre-Christmas trip to see The Nutcracker, the witty and innovatively-staged ENO take on The Pirates of Penzance, the hilarious The Miser with Griff Rhys Jones and Lee Mack, as well as the National Theatre’s Salome. After such a varied and engaging year of trips, thanks must go to Ms Ashton and Mrs Akerman for putting together and organising the programme of visits. 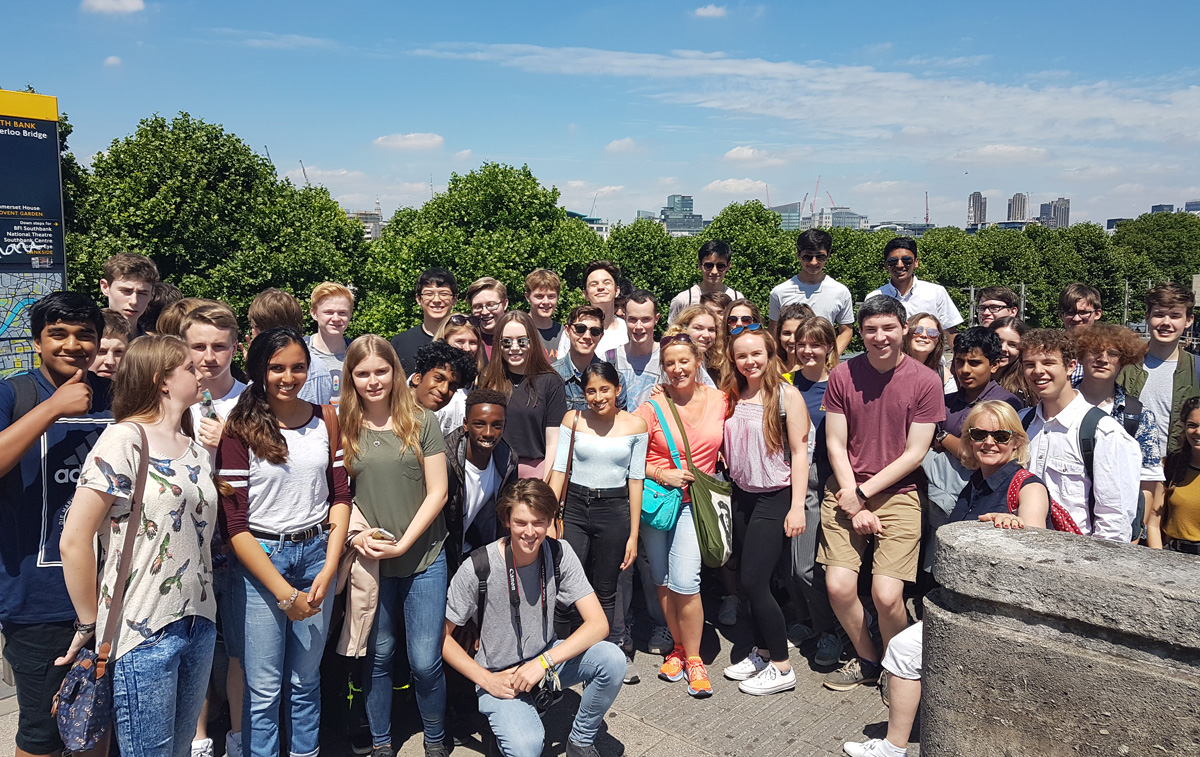