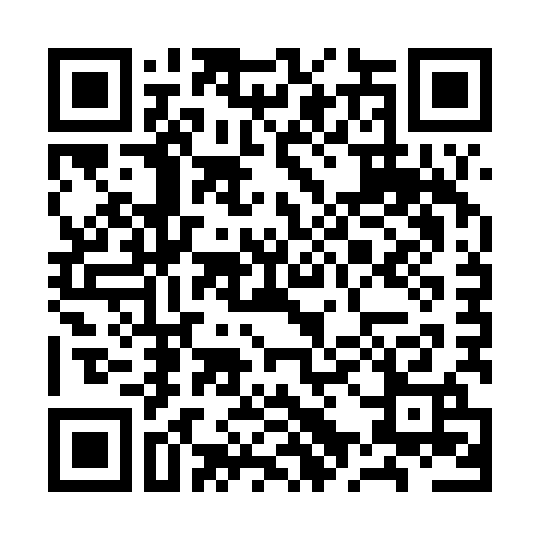 The beginning of the summer holiday saw 56 students from Years 9 and 10 journey out to South Africa for an exhilarating sports tour. After our long flight across the whole of Africa itself, we were transferred to our coaches and met our friendly, witty drivers who would transport us everywhere for the next few days. We went from the airport straight to the Apartheid Museum, where we learnt about the struggle that the nation of South Africa has experienced and how much has been done to improve quality of life for all in this country.

We were then driven to Pretoria and stayed for several nights in the brilliant High Performance Centre campus of the University of Pretoria. This very prestigious sports centre is used by international athletes (the men's New Zealand cricket team were staying here, prior to going to Zimbabwe for an international match) and boasts top class facilities such as swimming pools, cricket grounds, rugby and football fields, astros and tennis courts. We all jumped immediately into training, fully immersing ourselves in the fantastic facilities. Our training sessions were very helpful as we attempted to recover after the flight, and we even had very experienced South African coaches come in to lead one session. 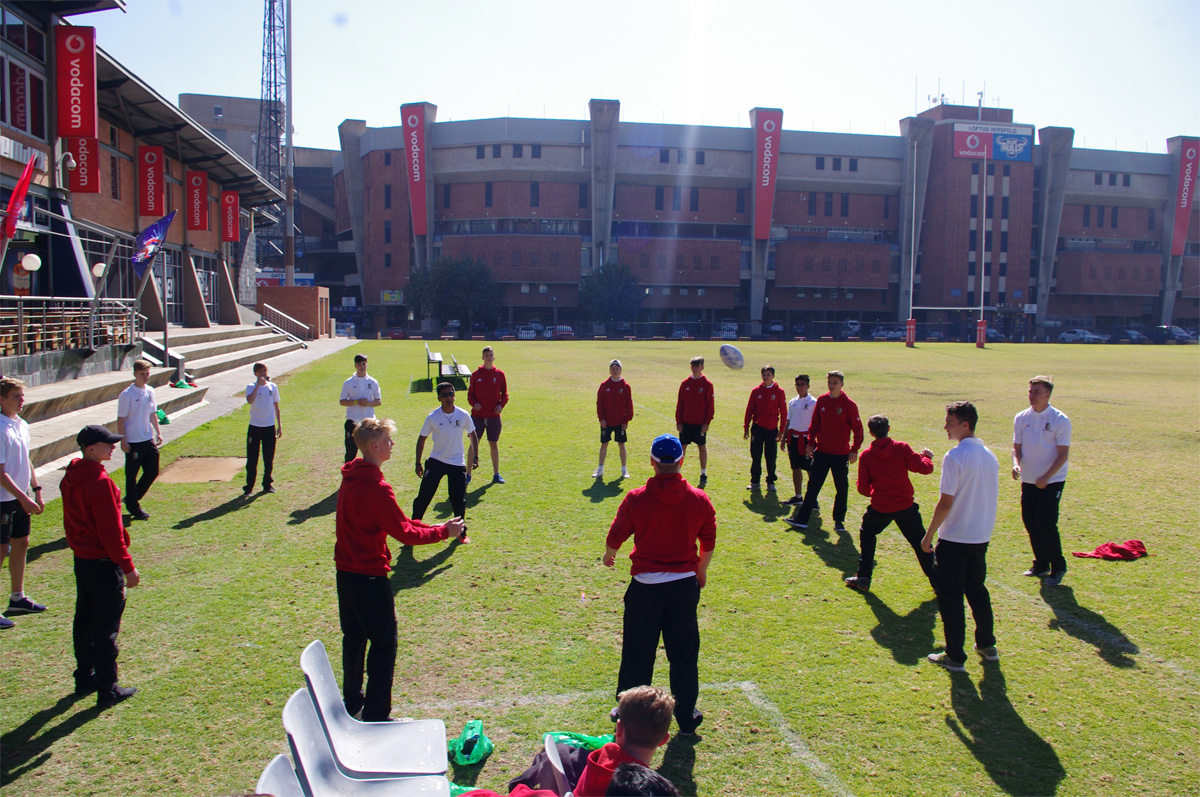 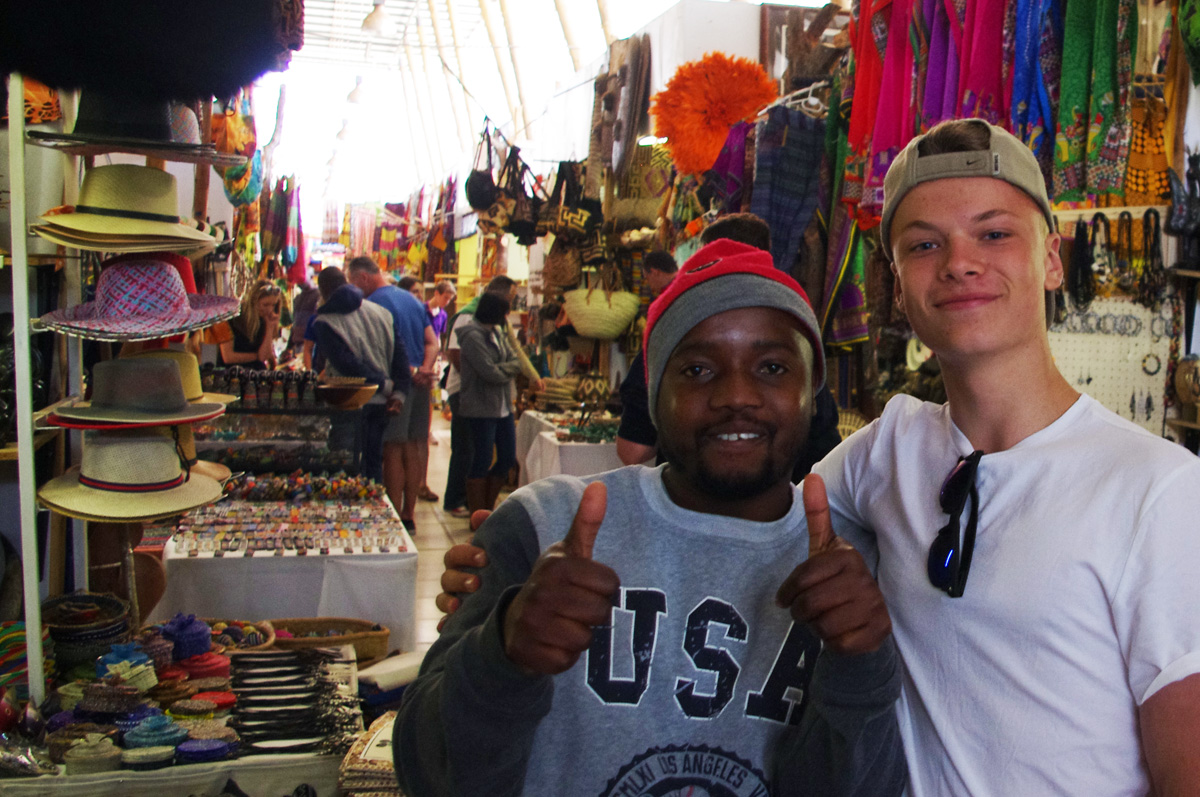 During our stay in Pretoria, we were also given the opportunity to go on a canopy tour in the Magaliesberg mountains, which required us to zipwire our way across the canyons: breathtaking enough an experience that even those with a fear of heights enjoyed it.

Our first set of matches were against Springs Boys' High School. The rugby team played a strong side from Springs Boys': our team ready for the inevitable physicality that was going to come their way. However, despite the difference in rugby style compared to English rugby, we matched the Springs team and, often, dominated. The most notable try was scored by Dominic Dunster who was at the back of a driving maul. We held onto our lead with a brave defence to run out eventual 19-12 winners. The Year 9 hockey team suffered an agonisingly narrow 3-2 defeat which all the boys found disappointing, but they took away good points for improvements for their future matches. Whilst we had the advantage of better structure and skill, our opponents were much superior in physique and fitness, which ultimately won them through. The Year 10 hockey team also narrowly lost by 2-1 against a similarly strong side. 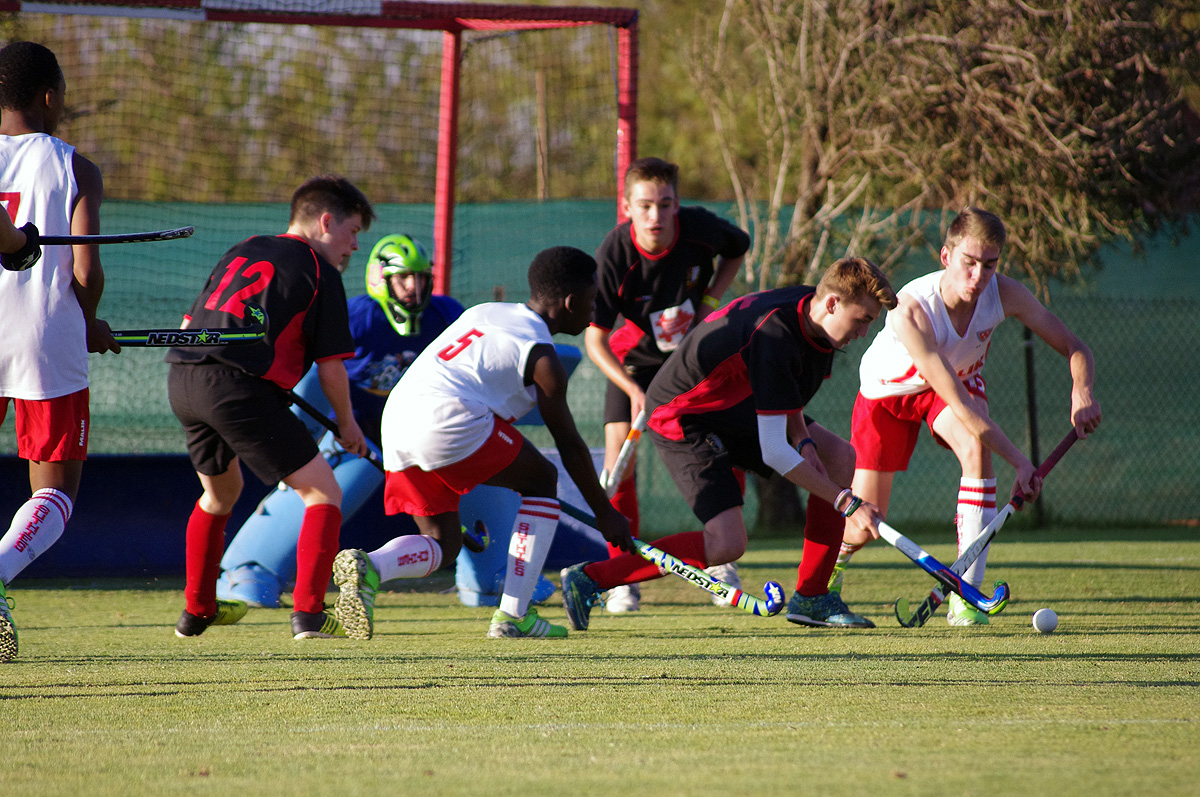 The following morning, we said farewell to the campus and left for Sun City, a holiday resort which boasts a theme park, water park, golf course, safari and a grand hotel. We enjoyed a day in the Valley of the Waves waterpark, although the water was very cold: despite temperatures of over 25 degrees, this time of year is still the heart of the South African winter. At the end of this day we returned to Pretoria and met our first hosts from Sutherland High School. The next two nights were to be spent in a host billet so that we could immerse ourselves in normal day-to-day South African life. Our hosts gave us delicious meals and their hospitality was unrivalled. 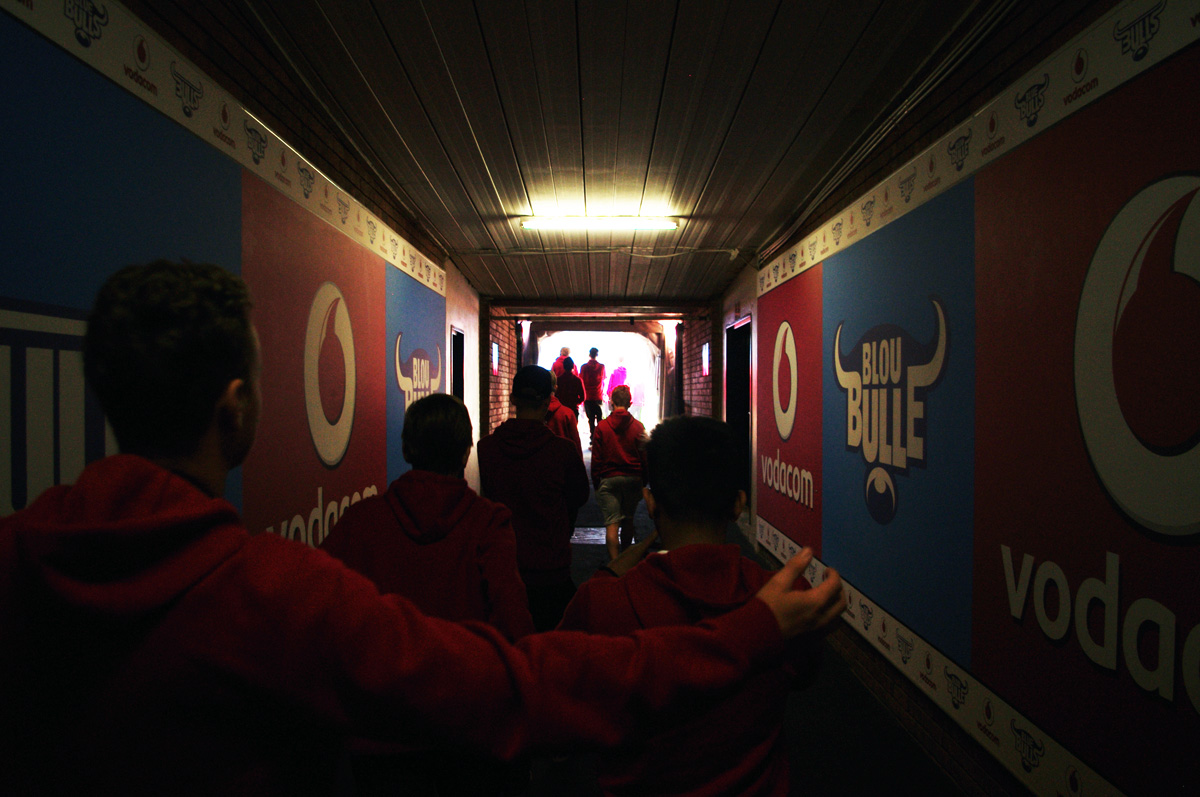 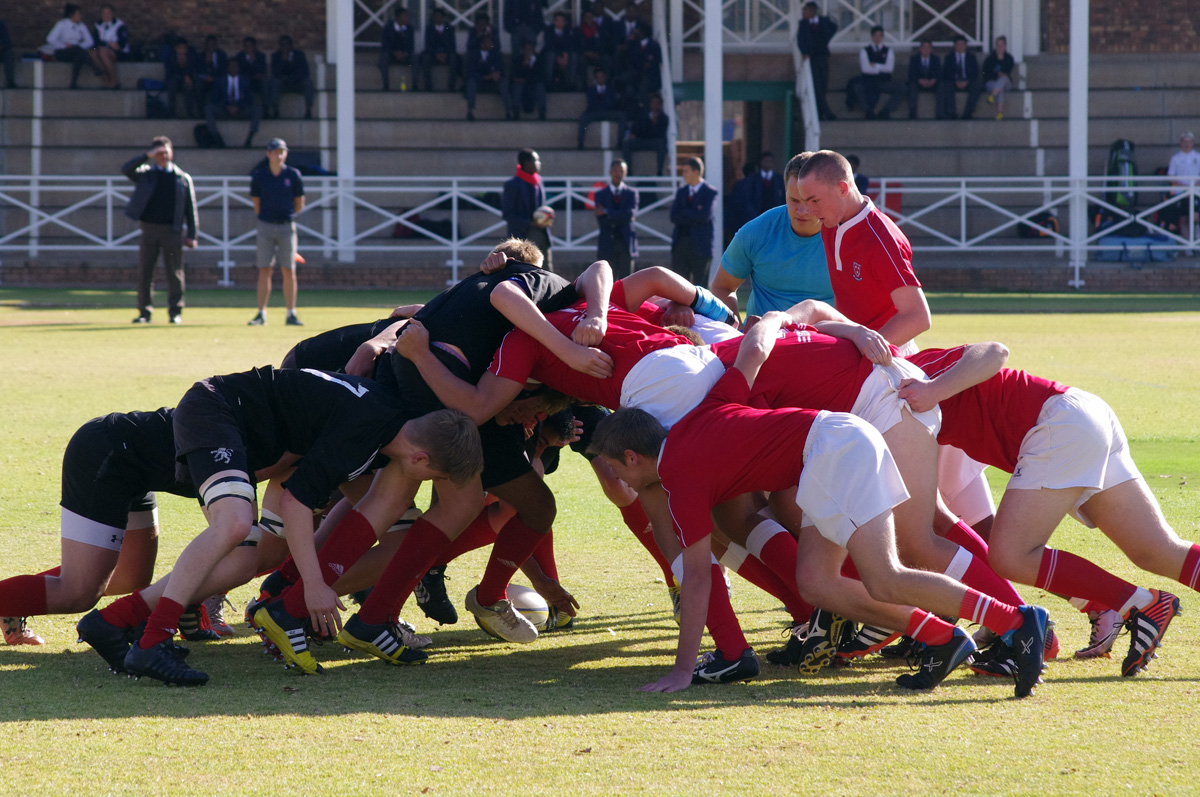 After an early drop off at the school, the coaches took us to Loftus Verfeld Stadium, home of the Bulls. This rugby franchise plays in the Super League, a multi-national tournament of the best rugby teams of South Africa, Australia and New Zealand as well as one team from Argentina and one from Japan. That afternoon we had our second round of fixtures, playing against our hosts. The Year 9 hockey team won comfortably 4-0 playing on grass, which was a new experience for all. Harry Russell, the star performer of the tour, scored a hat-trick, and Joe Gamble scored a goal as well. The Year 10 hockey team also won 1-0 - Sam Hennell with the goal - in front of many spectators, including the victorious rugby team, who had played another physical game and despite a few injuries, had run out eventual winners 37-14.

The next day we were treated to an amazing experience - a safari. Our stay at Mabula Game Lodge provided countless memories: lion sightings were frequent and the fantasy of the glorious African wildlife became fantastically real. Our evening and early morning drives allowed us a rare experience that is very different to and much better than going to the zoo! 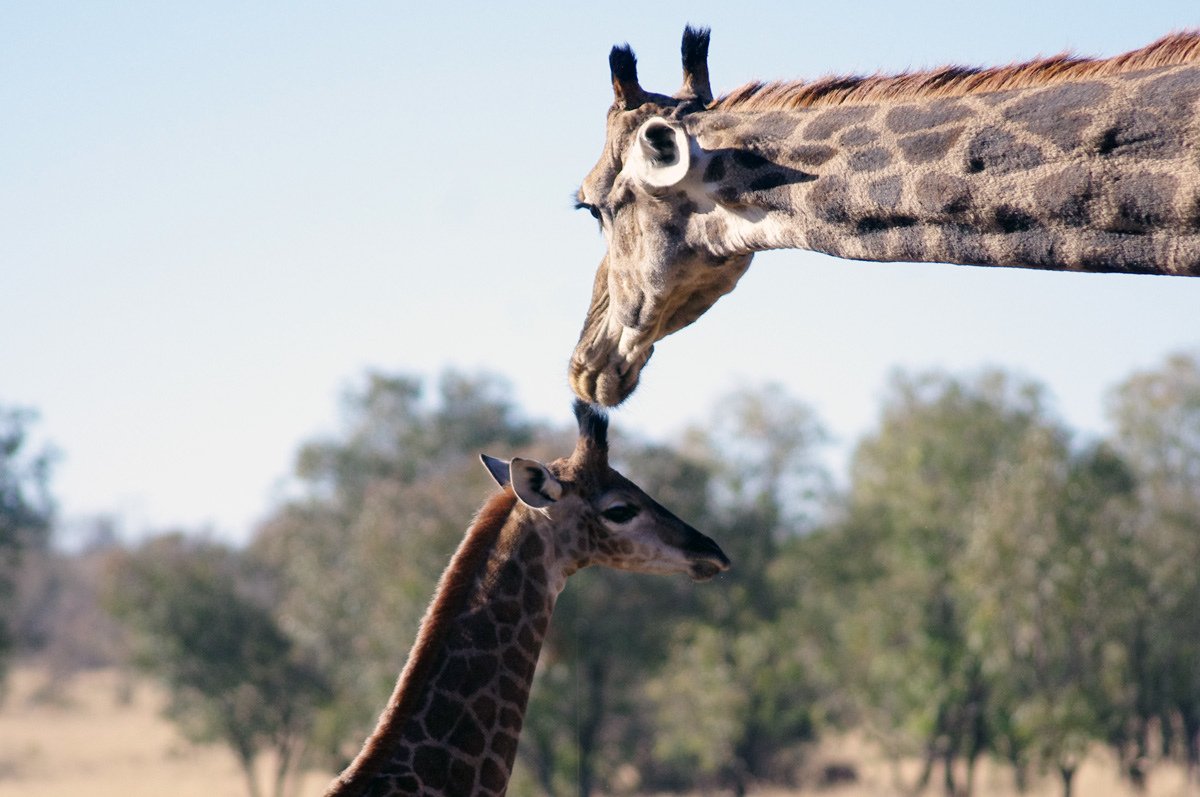 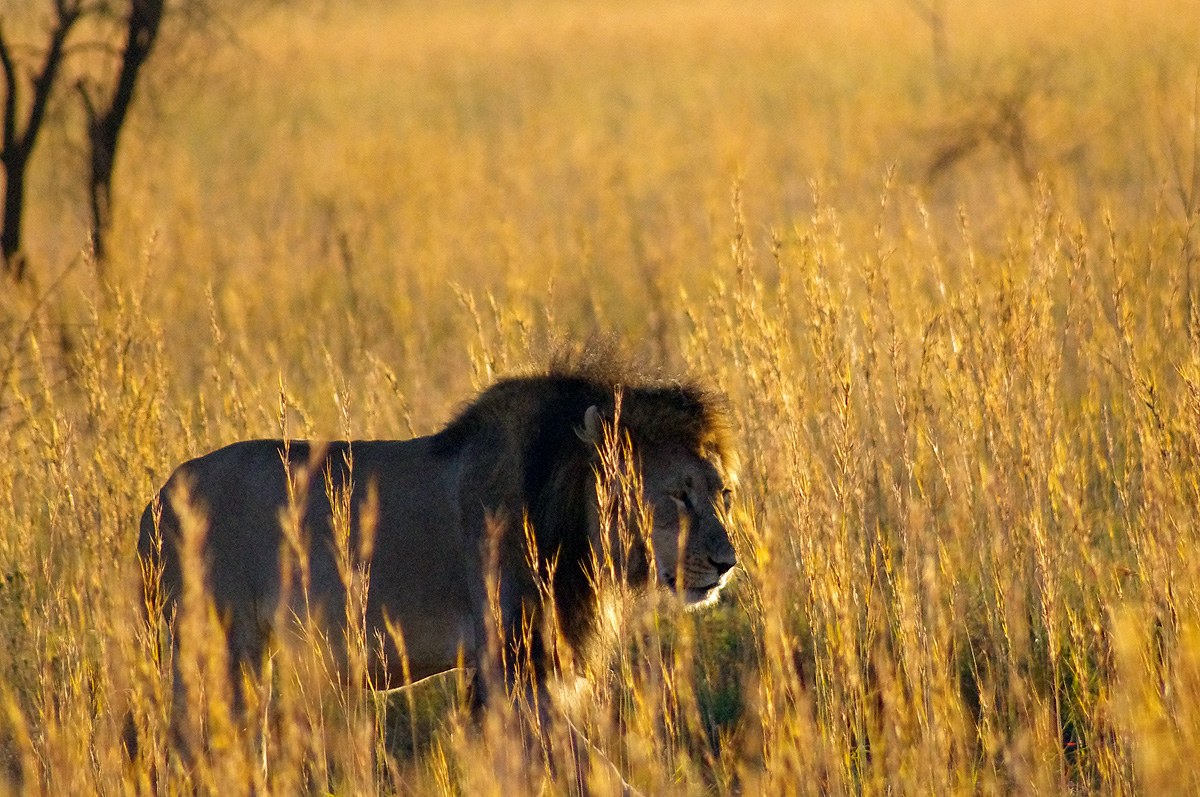 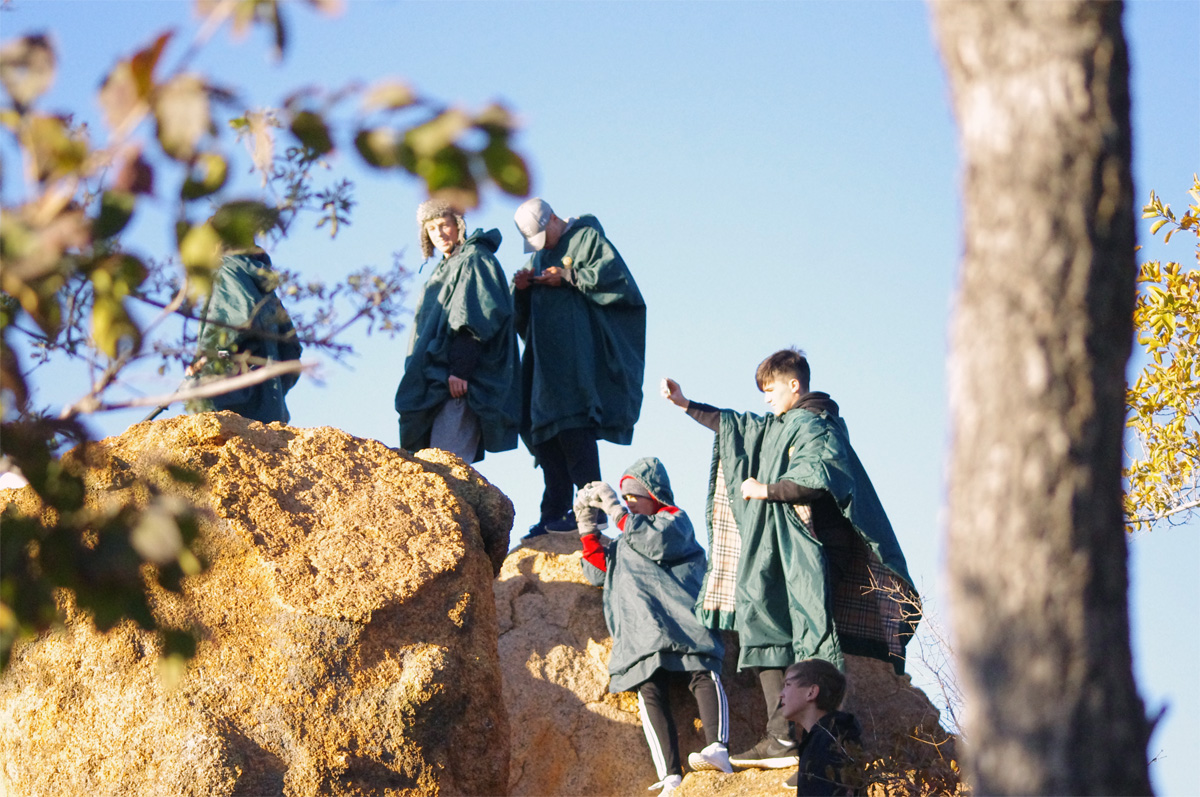 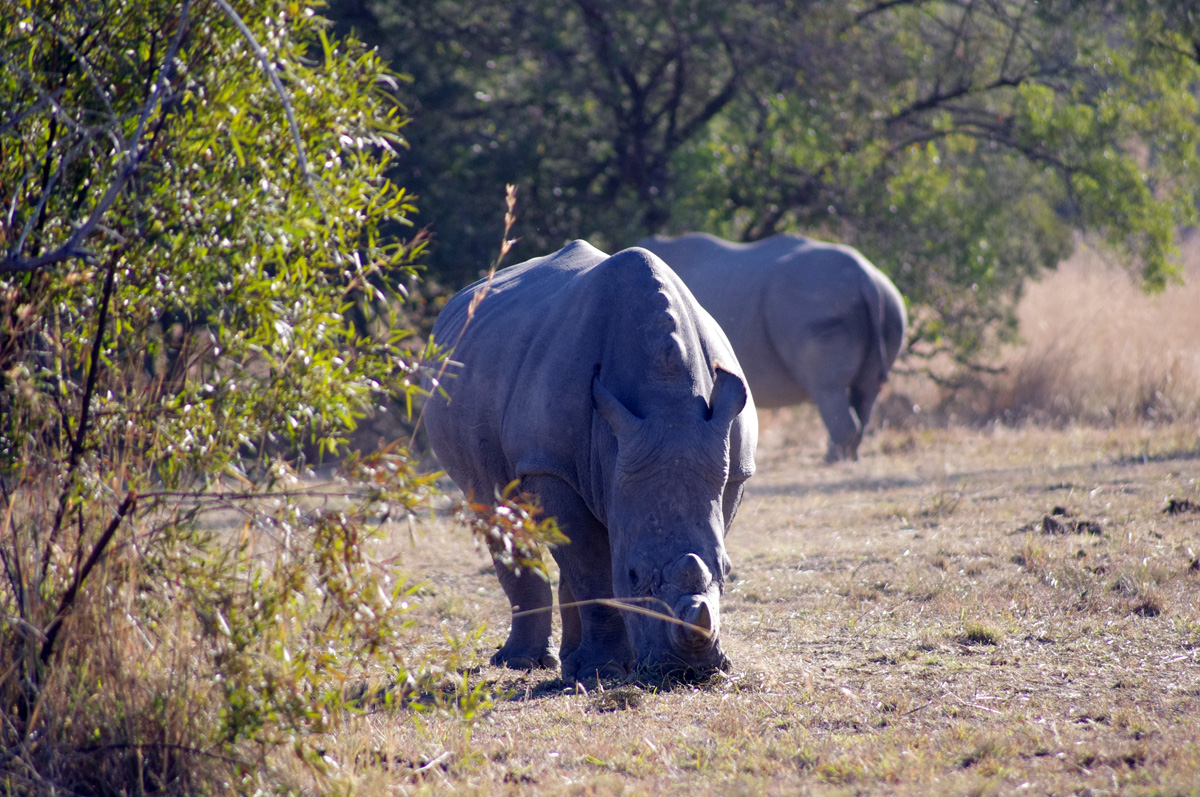 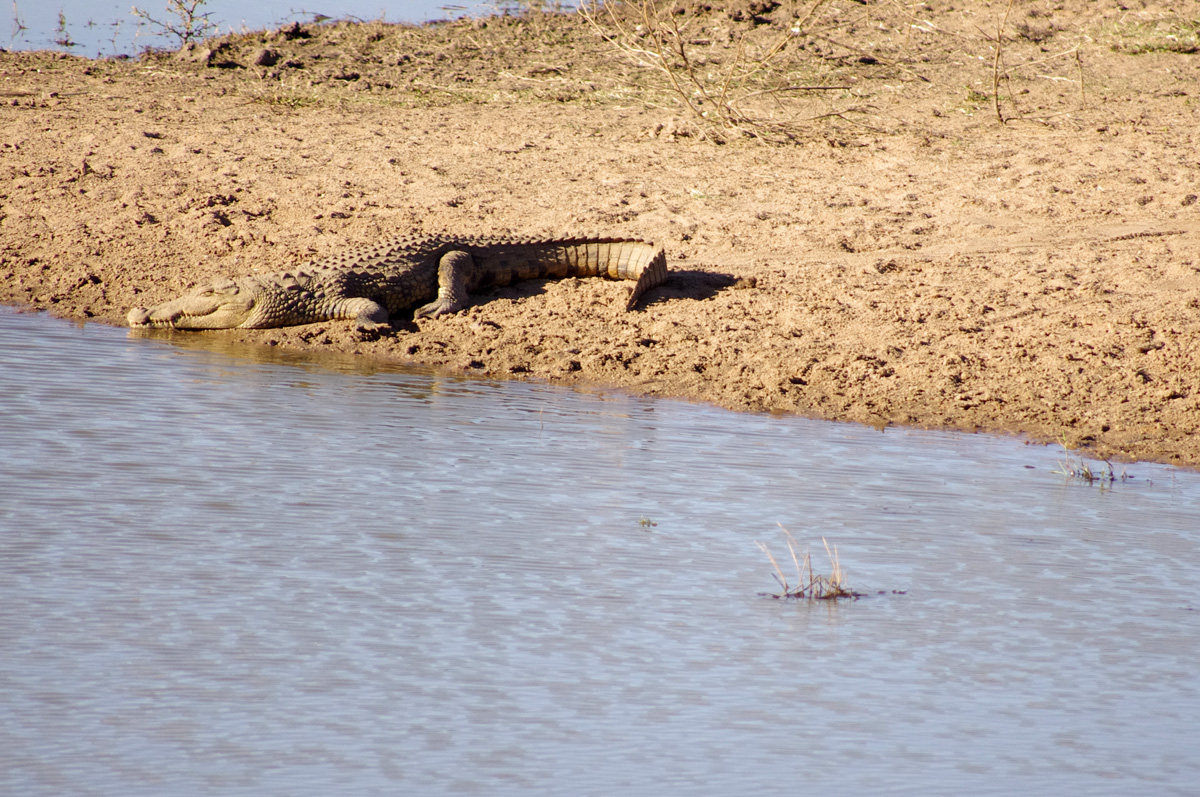 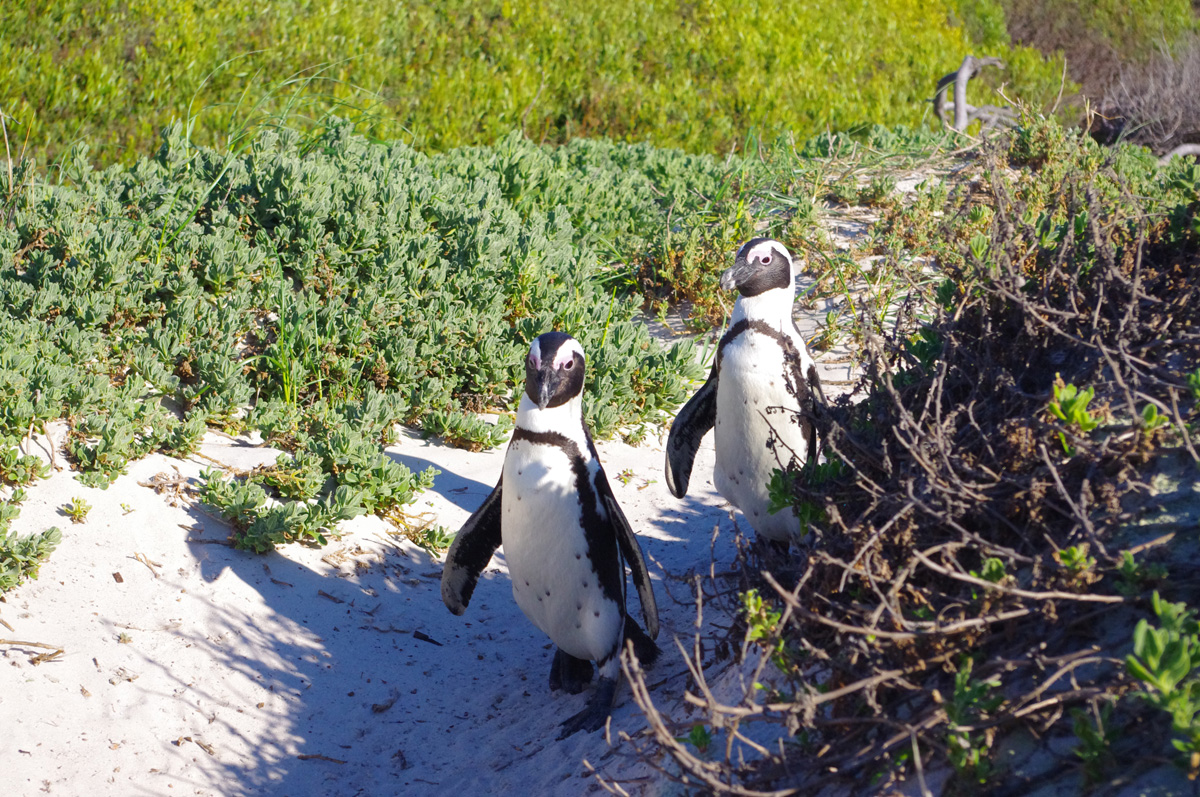 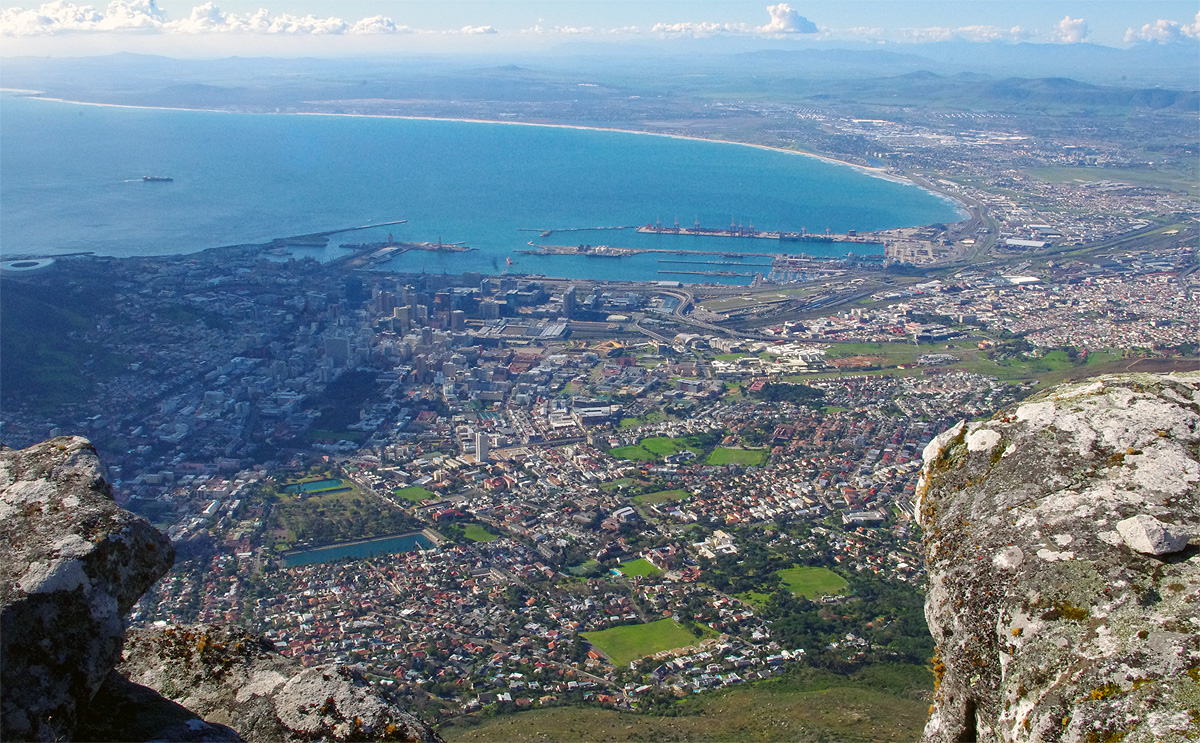 The rest of the tour saw us located in the beautiful city of Cape Town, with its stunning backdrop of Table Mountain. We went to Robben Island, where we were given a talk by a former political prisoner, and we had a tour round the island to take in the history of a nation that had been so divided for many years. We also took a trip up Table Mountain where the views were spectacular, and down to Boulders Beach to see the wild penguins. 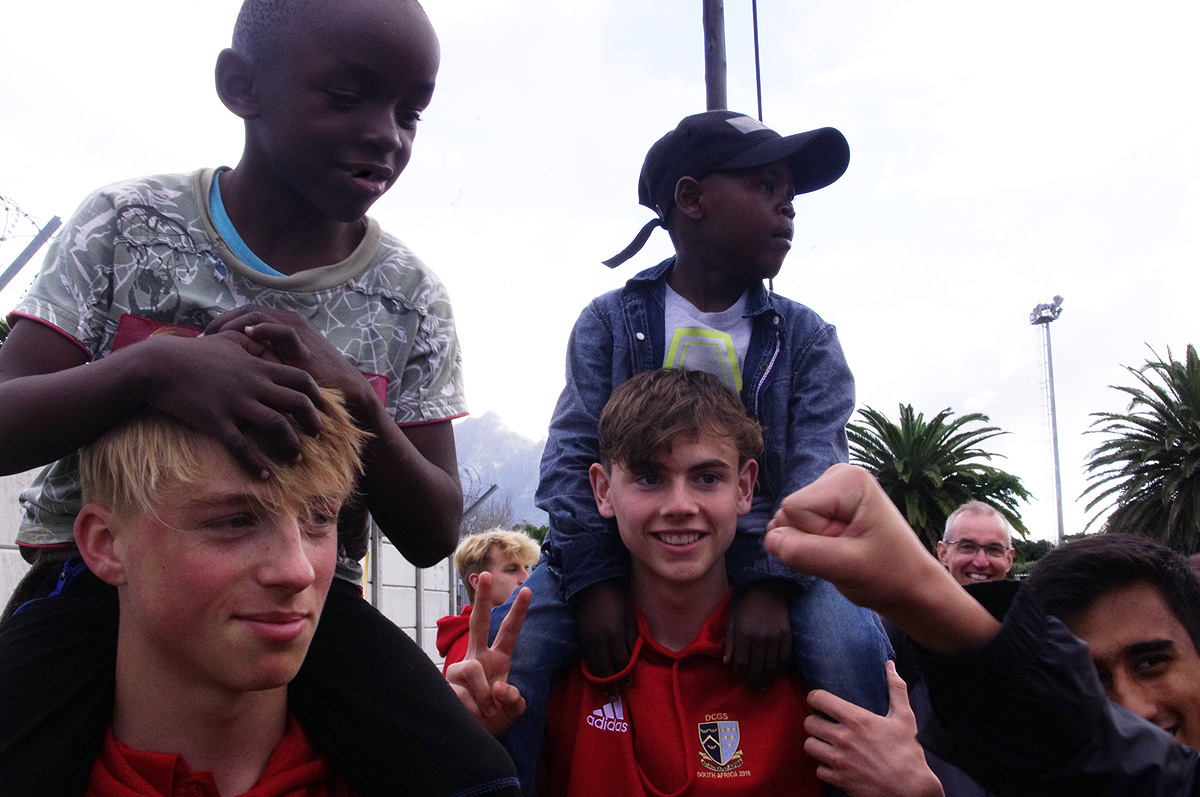 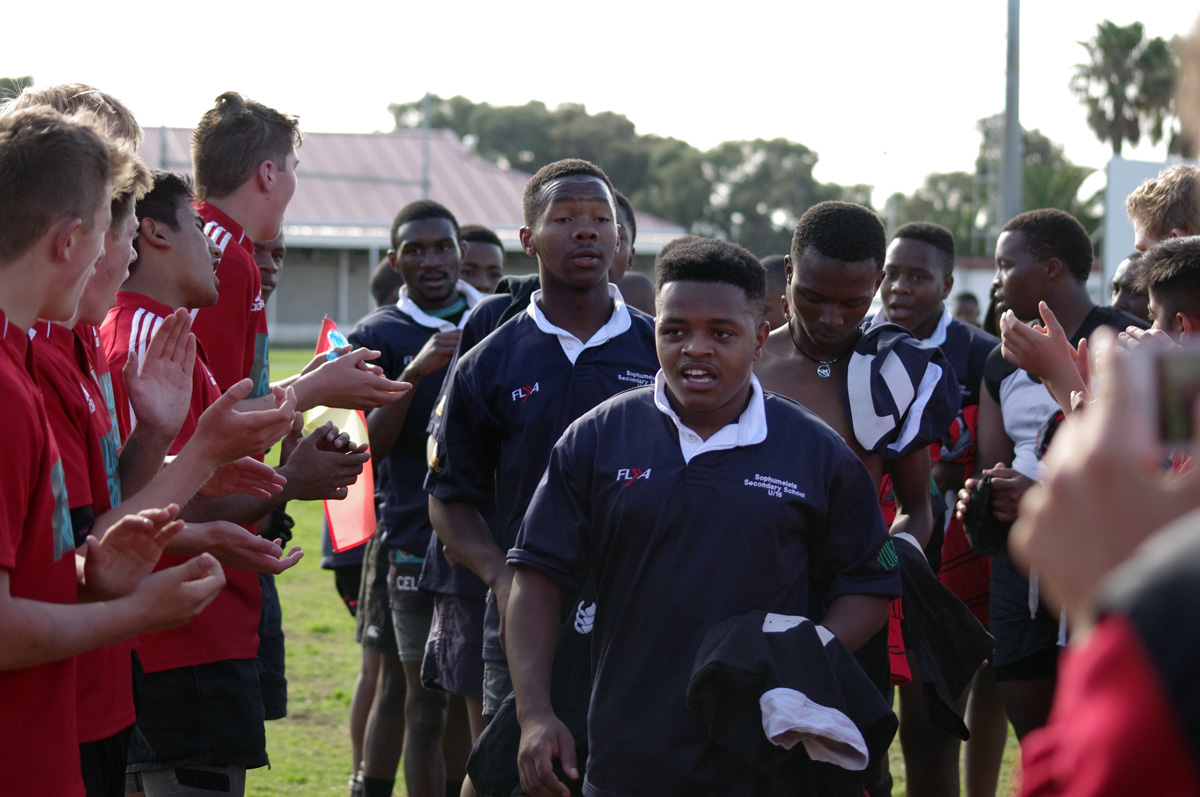 Whilst in the Cape Town township of Langa, we had an insight into the poverty of South Africa - a reminder that much has yet to be improved in this diverse country. One of the locals gave us a fascinating tour around the township and we also ate lunch at Sheila's Café. We were given an African gastronomic experience and listened to an African band play native and international music. Some of the boys and teachers got to play as well! The trip to Langa was the highlight for many of the boys. It was emotional to see the humble people of Langa who genuinely enjoyed our visit, and was a real example of the magic of sport, in how it allows two very different people from opposite corners of the world and very different financial and living conditions, to connect and share an experience and memories.

Our matches against Langa went well - Year 9 won 2-0 and the Year 10s won 4-1. The rugby team had played in the morning, winning 29-7. Our second and last hosts were from Wynberg Boys' High School - a private school boasting a huge sports complex, with a stunning backdrop to play against - the massive mountains were very much unlike the hills back in Amersham!

Year 9 won their last game 3-0 but the Year 10s were unfortunate to lose 1-0. This time our rugby players were given an example of how destructive organised rugby teams can be. They came up against a physically larger and more skillful side, many of whom were older than a lot of our boys. The score in the end: a lot to nothing. We were, however, treated to a delicious post-match brai, the South African version of a barbecue.

Over the course of this tour, we experienced a whole new way of life and huge differences from our own culture and customs. We met new people, saw new sights and experienced new traditions that we will remember for a long time. The tour was a massive success: we all thoroughly enjoyed it. Thanks must go to the teachers for helping to organise and execute it as well as the visits office, the families of the students for their help and fund raising, the host families for their generous hospitality and the Edwin Doran travel group staff for making this trip happen. 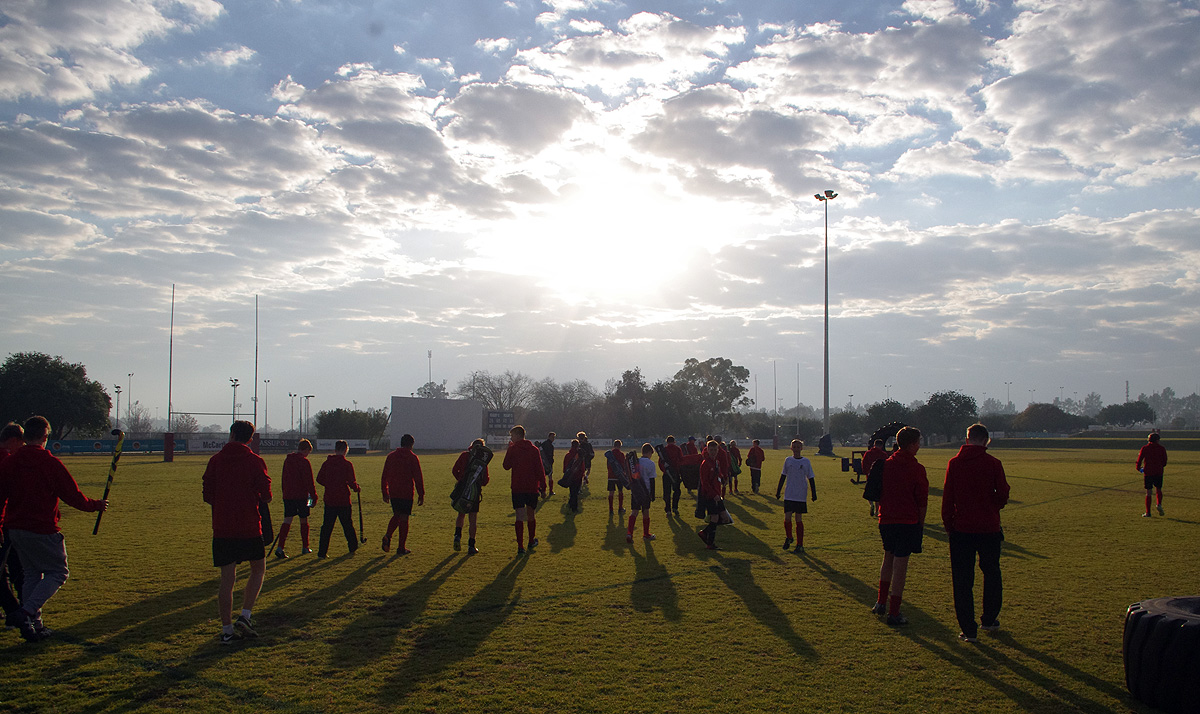