A class full of Year 12 Challoner’s physics students arrived to school at 5am to embark on what would be an eye-opening and fascinating trip to visit CERN in Geneva, Switzerland. BA 728 arrived in 34 degree Geneva mid-morning weather and Mr Clare, in a classic move, made us trek across central Geneva to reach our hotel - the start of the 29,531 steps my iPhone told me I did that day! Upon arrival we were delighted to see our accommodation was of surprisingly high quality considering it was a school trip. Hôtel Central presented us with en suites, a truly tremendous wi-fi signal, and a smorgasbord of TV channels so good that we could watch Mary Berry’s delightfully French counterpart on their version of the Great British Bake-off. 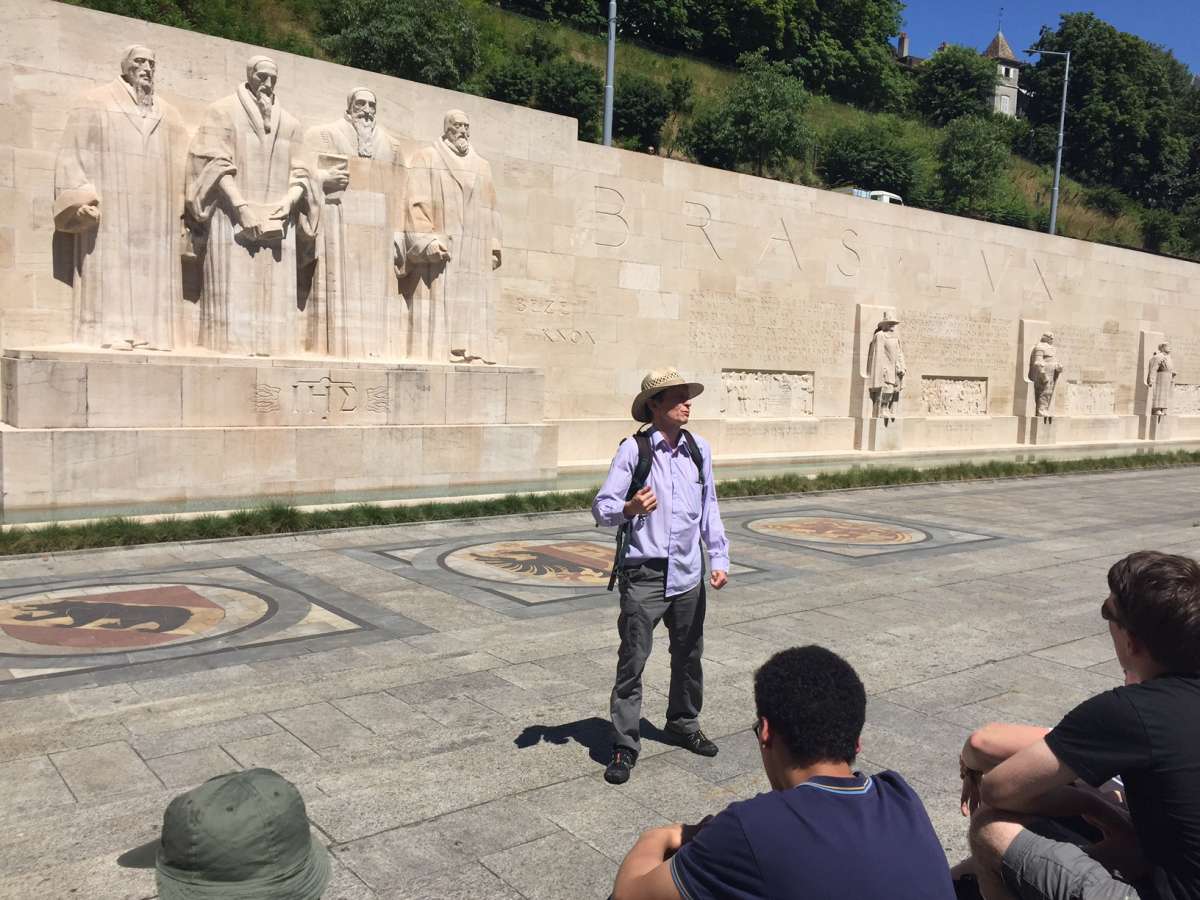 After being mesmerised by our now second favourite TV grandma, we visited the old town of Geneva and climbed the steps of the St Pierre Cathedral. The view was incredible; with the backdrop of the Alps, the exquisite old city and the splendid harbour all situated in a 180 degree panorama - we were lucky to have such a fantastic opening act to the city of Geneva, as well as a brilliant 'Instagram opportunity'. After a customary McDonald’s trip, we walked to the city’s harbour and visited the Geneva Jet d’Eau (in essence a glorified garden sprinkler). This was made all the more topical by Mr Clare, asking us to estimate the height at which we would be propelled if we decided to jump onto the base of the fountain. Later in the evening after representing our majestic island nation by playing football in the park with a suitably embarrassing football with 'England' written all over it, we went to a local Irish Pub to watch the France versus Germany football game. It proved to be a fantastic cultural experience - but this was only the start. During the match, the bar maid managed to slice her finger, and with blood spewing everywhere, the now heroic Mr Clare saved his damsel in distress by fitting her with a dressing and bandage from his backpack - and so the evening descended into a Challoner’s boys attempt to set up the bar maid with Mr Clare’s number, which led to a rather hilarious end.

The following day after waking up to a hot Geneva morning, we visited the History of Science Museum Geneva and so began to learn about particle physics. We proceeded to then visit the CERN exhibitions which provided us with a fundamental understanding of particle physics and how CERN works. Through an array of media we learnt about the fundamentals of particle physics, the history of CERN and its experiments, most notably the detection of the Higgs Boson - the elementary particle which gives mass. These impressive exhibitions not only provided us with a fantastic opportunity to learn, but were also used as a tool to inspire and formulate questions - which would cleverly lead up to the climax of the trip the following day when we visited CERN. 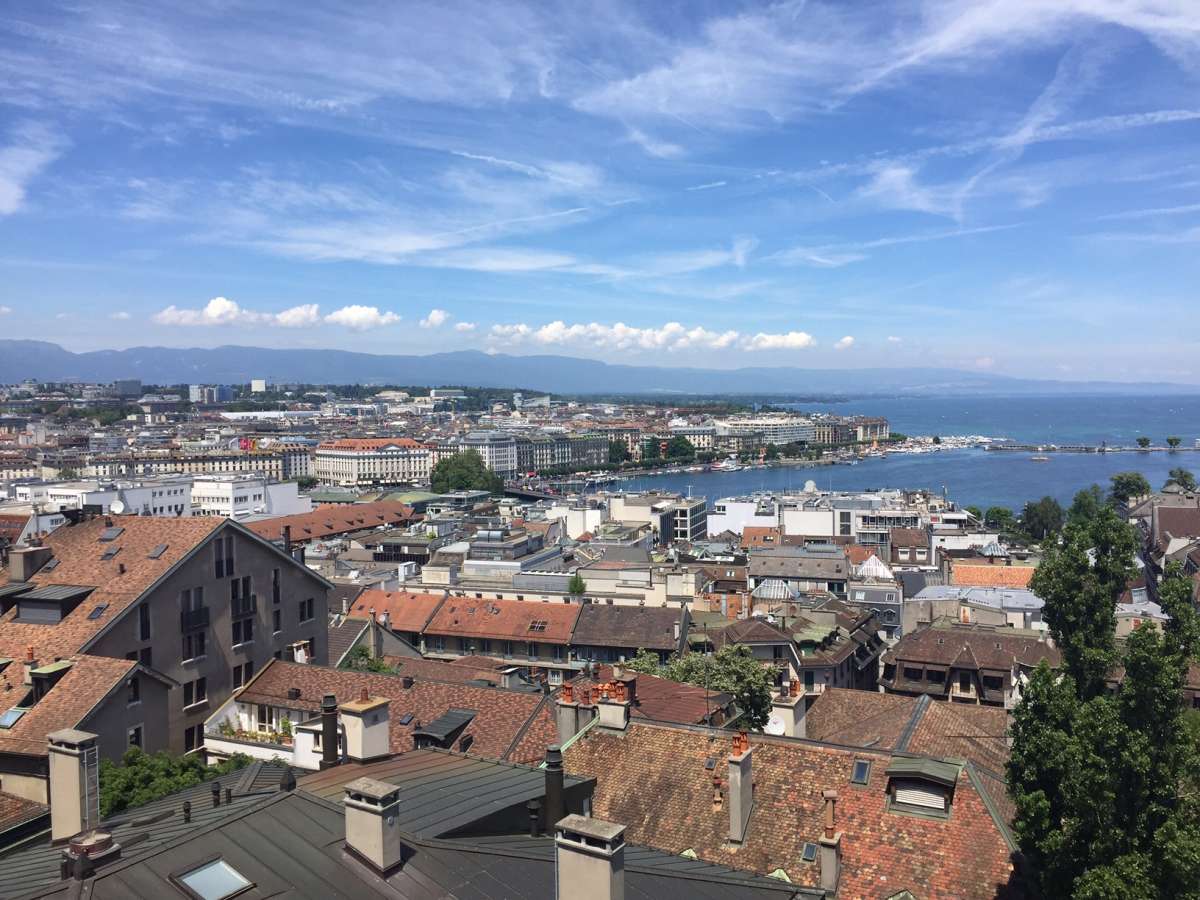 Later in the afternoon, after returning to the hotel following the exhibitions, we had a few hours to relax and explore Geneva for ourselves. We were then treated to the genius of Mr Clare over a pizza dinner at the Church of Scotland in Geneva. We listened intently as he began to unveil the principles and big questions surrounding particle physics by answering questions from us ranging from the functions of bosons to the inner workings of the particle synchrotron at CERN. We were awestruck at his ability to portray such complex ideas and concepts in a simple yet understandable manner.

The trip so far had been building up to the Saturday where we had the chance to visit CERN itself. Before that however, we had the privilege to visit the UN headquarters in Geneva and be given a tour by Mohammed, one of their workers. Not only we were impressed by his ultra-smooth Swiss-French accent, but his knowledge and passion for the UN too. We visited a number of assembly halls including the Council Chamber which was originally set up for the members of the League of Nations but more recently was the room where negotiations took place to end the 1991 Gulf War. Even though this was a physics trip, we all took appreciation to the splendour behind the UN headquarters in Geneva and were greatly impressed by its history too. 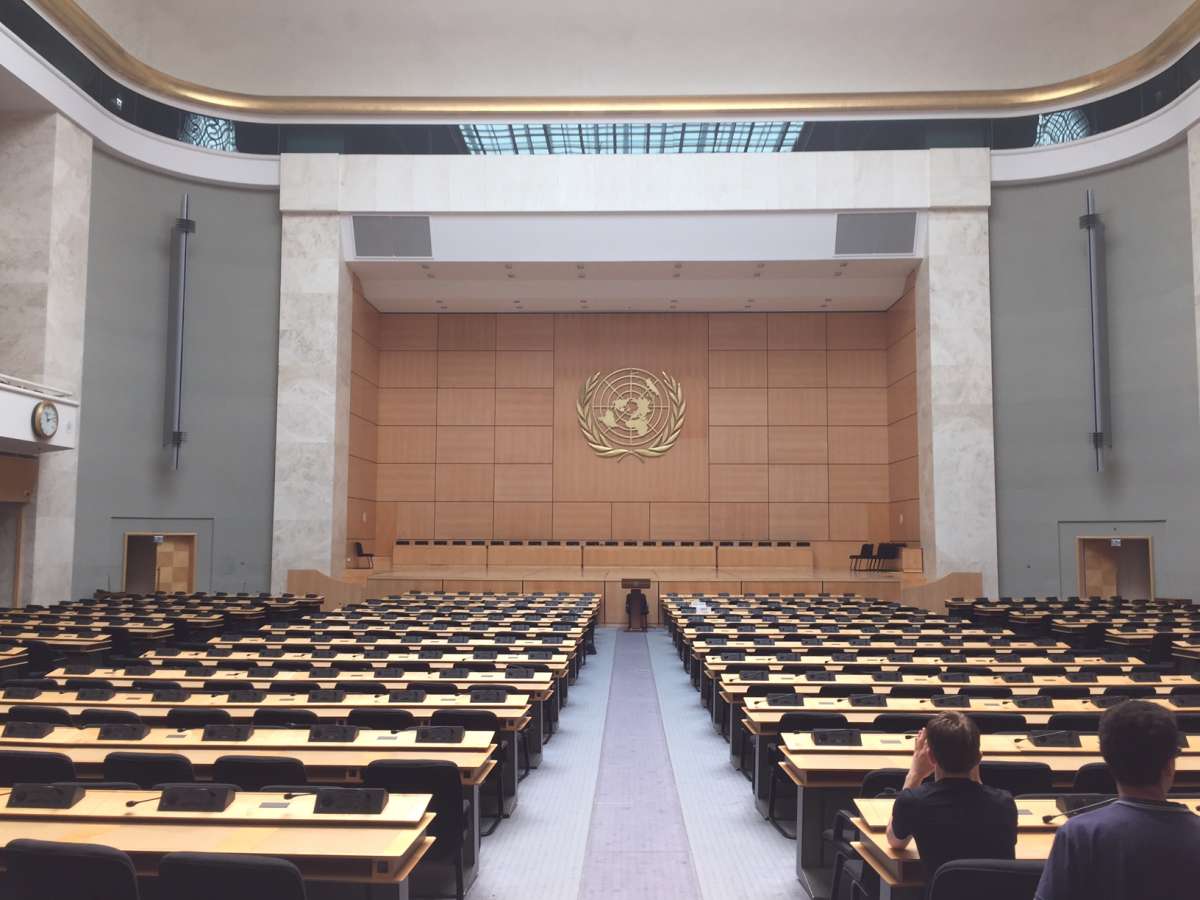 And finally to the climax itself. After having lunch in the Cafe, we were treated to an hour long lecture by one of CERN’s workers, Klaus. To set the scene, Klaus was a very small man with a thick German accent. His incredible, inspiring and detailed knowledge alongside his deceptively charming inability to control a PowerPoint slide led to a fact-packed introduction with a dash of subtle entertainment - it was at this point that the awe of CERN, the history, and the incredibly complex physics that goes on there, hit us. We were then taken to CMS - one of the detectors at CERN. We split into 3 groups and were each given a tour and history lesson of the detector. We became amazed at the scale of CERN that is fundamentally only colliding particles 0.000000000000001 metres wide. It became apparent to us that CERN was not simply a particle collider, but also acted as an international symbol promoting the importance of understanding the universe around us. 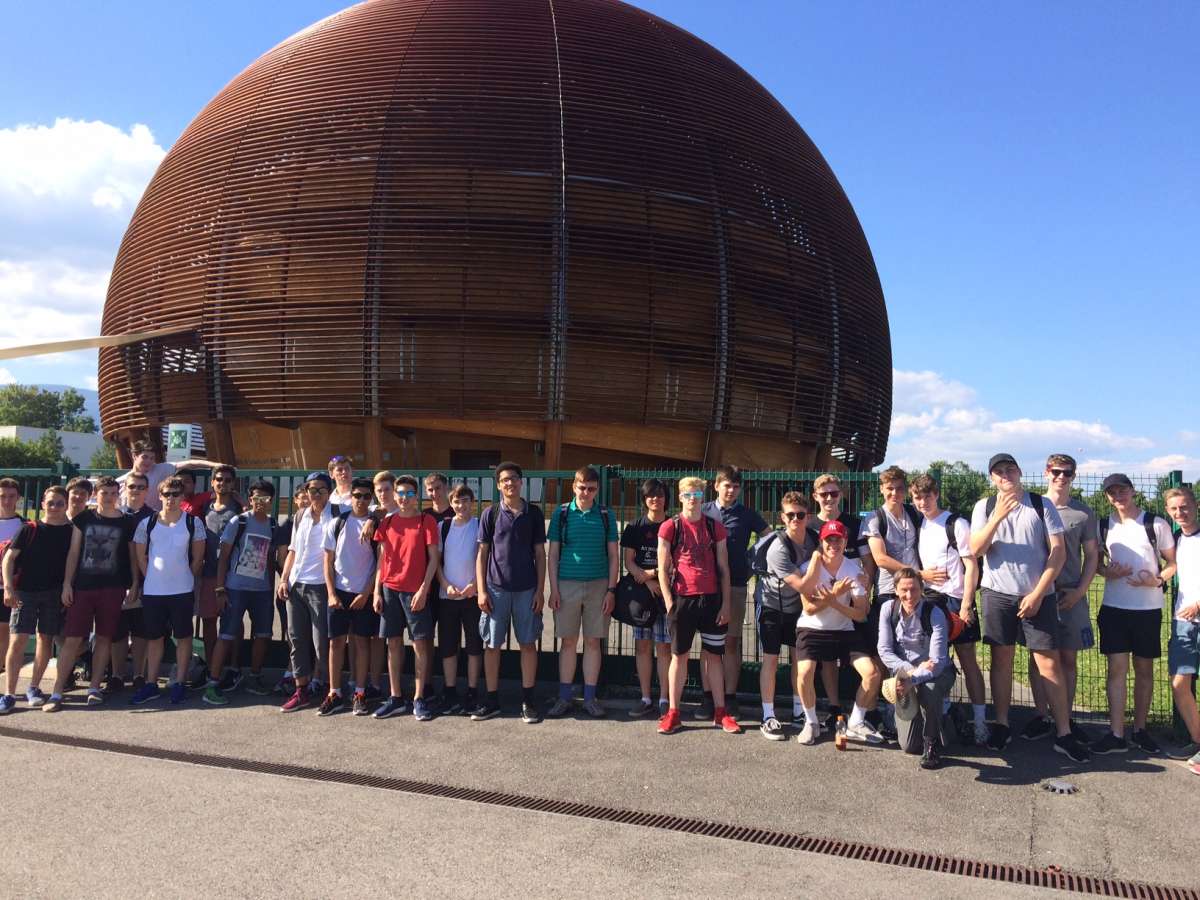 The next few hours went blissfully by as a bus, a tram and a train took us to the airport, ready to depart Geneva. We boarded the plane, and arrived back in the UK. During this time we had a chance to reflect not only on the incredible physics we saw at CERN and the learning that we undertook, but the opportunity to see the culture surrounding Geneva and especially to be taken to such a special place as the UN HQ - something we all underestimated before we went on the trip.

All that was left to do was to serenade Mr Baldwin between Heathrow and Challoner’s with James Blunt’s 'You’re Beautiful'. We then finally went to shake Mr Clare’s hand before we departed Challoner’s to go home.