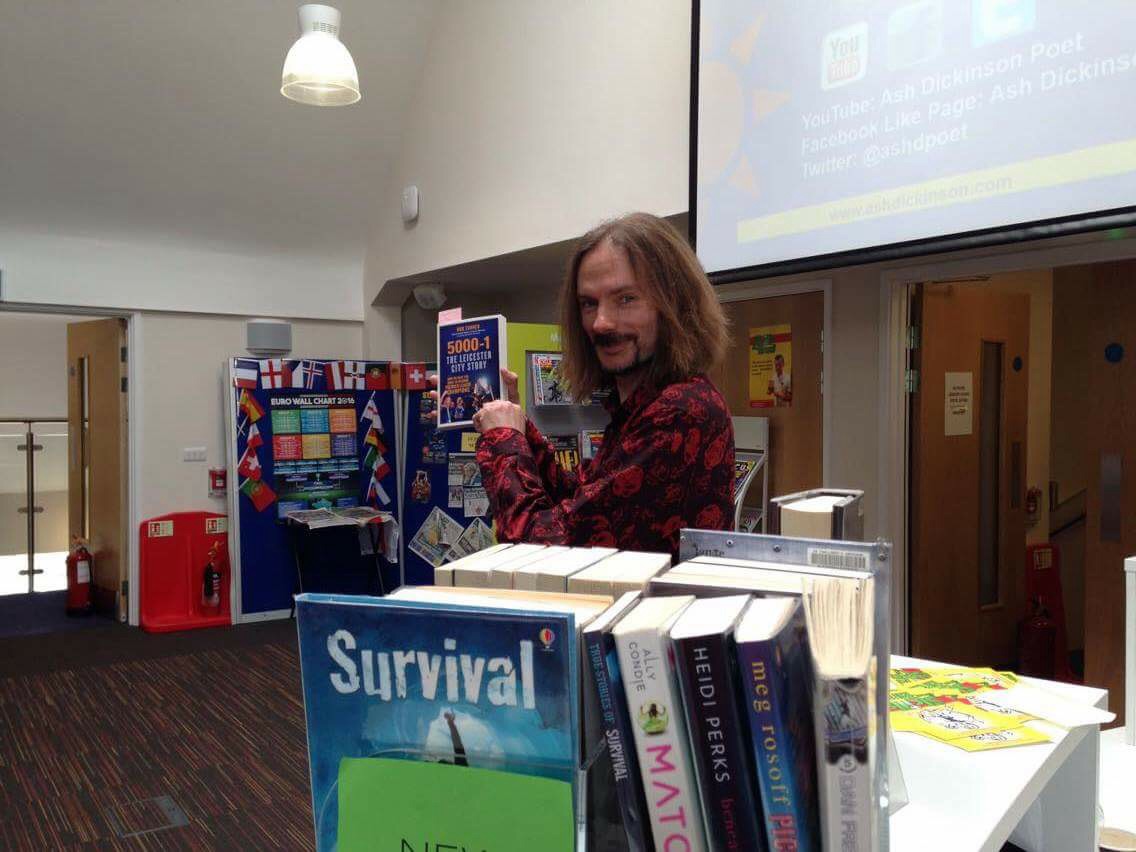 Following on from the success of last year, Ash Dickinson returned to the school to, once again, inspire the creative spirits of a new generation of Year 10s through poetry. The young, long-haired poet was a great departure from the old stereotype constructed by so many of the students in their English lessons. The session began with a couple of Dickinson’s poems from his latest book, Strange Keys. His poems, such as one about being a method poet, were full of so much personality and performance, something hard to convey in a textbook. He then went on to explain haiku, something that many of the students hadn’t come across for years, and then asked the boys to write some of their own based on some first lines that he had written for them. After an intensive session of brainstorming and critical analysis, some of the more confident boys read out their poems to the group.

Next the boys were given a chance to write some clerihews, autobiographical poems beginning with the name of the subject and then following an AABB rhyme scheme. Again, students read out their best poems, with both some humorous and insightful creations. Dickinson finished with some more of his poems.

Overall, it was a fantastic session, both inspiring and enthusing, which taught the students so much about both the creation and appreciation of poetry.

Thank you to Ash Dickinson for coming in to share his talents and experience with us.