Battling to victory once more

Bouyed up from our successes last year, DCGS entered the Warhammer School League again this year and again fought through to a place in the national final in Nottingham.

The experienced team of Sam Barnes, Dan Chapman, Michael Warwick and myself had a good performance in our games, and won 14 matches out of 16. However, knowing how closely fought the very top positions are we felt that we would rank highly, but probably not win. As the results were announced we were somewhat disheartened when we were not called out third or second. However this soon changed when it was announced that Dr Challoner's Grammar School had come first!

This is our second year in a row taking the national title - we look forward now to achieving a hat trick in the coming year. 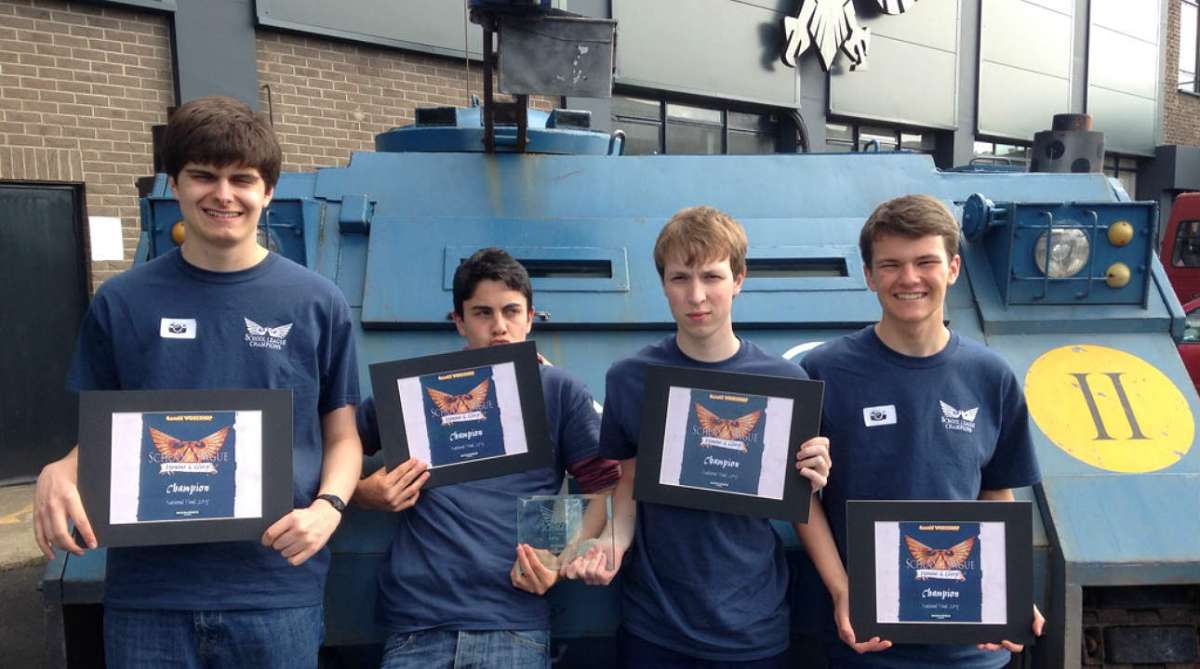