After our outstanding success at the Warhammer School League semi-finals, in which our two teams took both 1st and 2nd place, we were invited back to Warhammer World in Nottingham to compete in the national finals. Our selected team comprised Dominic Storey (Year 10), Thomas Bailey (Year 11), Michael Warwick (Year 11) and Samuel Barnes (Year 12), with Philip Slattery (Year 9) and Daniel Chapman (Year 10) in reserve, and we arrived full of hope that we might just be able to win the entire competition.

After a slightly shaky start when we lost one of our four games, the team soon returned to great form, winning all their games against Reserve Team Alpha and Merchant Taylors. In our final round we lost another game, but we had otherwise won a total of 14 of our 16 games. This placed us in an excellent position and we hoped that it would be enough to secure an overall victory.

Before the final results were revealed there was the award ceremony for best painted models and most sporting player. Here, Sam Barnes took first place in every category for his stunning artwork, winning the awards for best model conversion and best painted army, and he came joint first for best individual miniature (as voted by the other attendees). Sam's army will be displayed in the Warhammer World Gallery, next to miniatures painted by world-renowned professionals. To secure a clean sweep on the painting award front, Mr Keen also won the award for best painted miniature by a teacher. 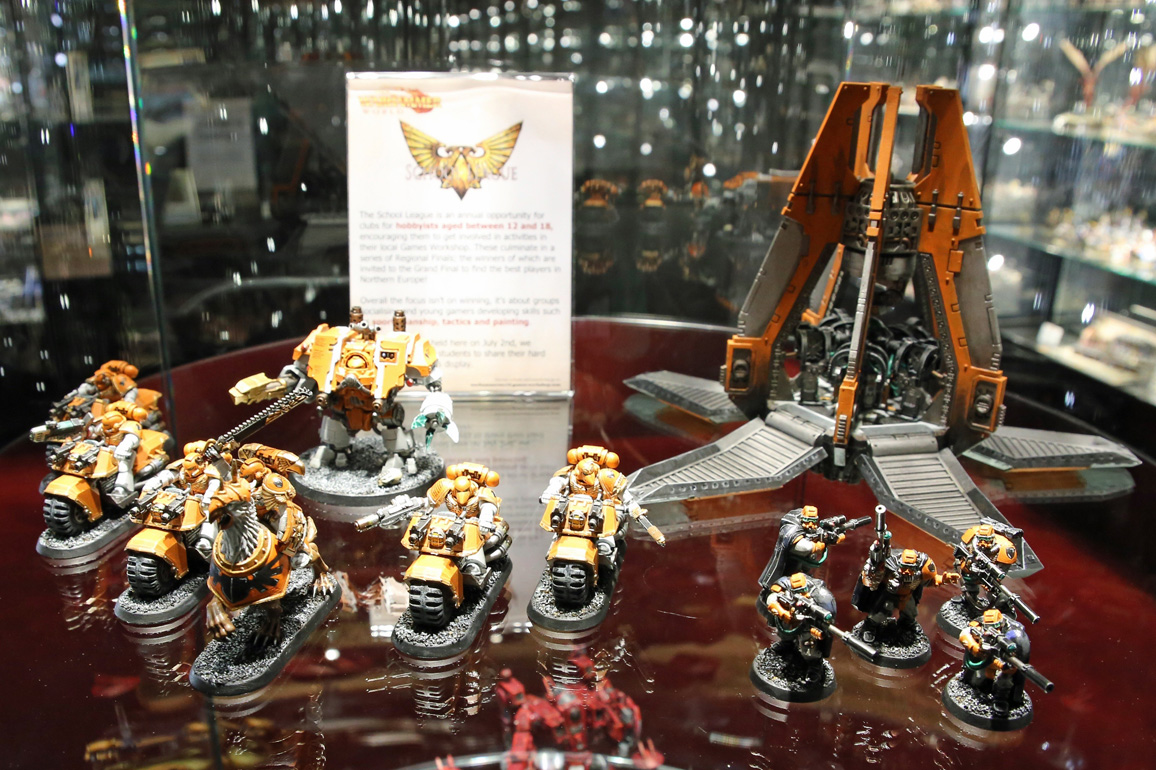 It was then time to see whether we had managed to win the entire competition. We were not called out as 3rd or 2nd and we soon started to wonder, had three other teams won more of their games? When it was announced that Dr Challoner’s Grammar School had taken 1st place, we were both relieved and excited that we had managed to win this event. We eventually found out that one team had secured a better score in their games (with one loss and a draw) and that it had only been due to the points Sam had won for his painting that had resulted in our overall success.

Many thanks to Mr Keen and Mr Burn for organising our school's participation in this event and for enabling our team to have such success at the finals.