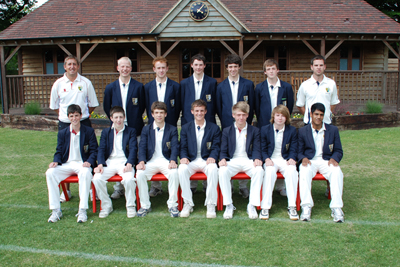 The Year 10 cricket side were recently crowned Bucks Twenty20 Champions following an impressive victory in the final against John Hampden Grammar School.

The team scored 134 off our 20 overs, largely thanks to Remo Silva's innings of 46 runs. The game looked poised for a close finish until Alex Watson entered the bowling attack and his magnificent 5 wicket spell swung the game our way. Andrew Merrison finished the game off well taking the final 3 wickets.

They went on to play in the Regional Championship and reached the semi-final. Here they met the Berkshire champions, Bradfield College, but unfortunately, despite playing very well, they were narrowly beaten.