The Future of Afghanistan

Last year the clocks went back 20+ years in Afghanistan - the country had once again fallen to the Taliban after the longest war ever in US history. While they now claim to be a changed regime, many Afghans are now left with an uneasy feeling as they look back on the last time this group was in power. Now, four months later, the future of the country is as uncertain as ever.

While the younger generation in Afghanistan hasn’t experienced life under the Taliban, they have undoubtedly been told the stories of their rule by their parents. It was reported that girls as young as 10 were subjected to punishments by Taliban patrollers for secretly attending underground schools while female education was strictly forbidden in the country. There was news of public stonings, random home raids and the subsequent destruction of forbidden items and beatings of the owner.

Now they say things are different, the ruling of the ’90s is in the past. I can honestly see that, to a degree, they’re right. They have changed. For the past 21 years, they have been recuperating and waiting for the next moment to pounce at the chance of leadership, and the hasty US withdrawal was just that. After two decades, the Taliban’s resurgence has shown an improvement in the way they present themselves on an international scale in a quest for international recognition. By holding press conferences with journalists from all over the world and having senior officials do interviews with the BBC while spreading this mantra that they are “changed people'', they are now, in my opinion, starting to dangerously alter the world’s perception of the Taliban.

It is my view that their vague language in describing what life would be like for women under this new leadership blurs the vision of the international community, making the world think they’re bringing themselves into line with many other nations in the Islamic world by claiming women are allowed to do anything so long as its “within Islamic law”. However, it is believed this must only be within the Taliban’s interpretation.

Currently, the Afghan economy, which was barely surviving on international donations, is on the verge of collapse as access to funding from the international community has been cut off since the country’s takeover. The UN says that now 60% of the population (24 million people) are suffering from acute hunger and the WHO warns that soon 97% of the country will be living below the poverty line. The humanitarian aid that could be provided in wake of these frozen funds is incredibly difficult to pass through the Taliban government.

Afghanistan has started a new chapter, following seemingly endless turmoil the country has been in for over half of a century. In the background of the mass hunger and increasing poverty the population is experiencing, reports of various harm done by the Taliban are slowly leaking out. Violence against ex-Afghan army and minority Hazara population members have surfaced. Even though your Twitter feeds may have already moved onto the next international crisis, the one in Afghanistan is only getting worse and so too are the hopes of many members of the Afghan diaspora, of one day returning to see a peaceful homeland.

The Afghan people have endured decades of conflict and instability following the Soviet invasion, and for now, the future looks no different. The crisis will inevitably get worse. All that’s left for the wearied people of Afghanistan to do is to persist through these times, but after the last 50 years, I feel the spirit of Afghans is dying and the smallest bit of hope now only seems to be present in the most optimistic of people. 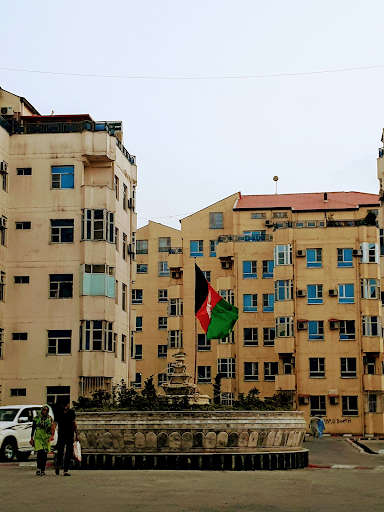