Pens scribbling, arguments flowing, clocks ticking - tension was in the air as our DCGS German Debating Team battled their way through the second round of the Goethe Institute's nationwide competition last Tuesday, managing to successfully come away as the stronger side.

We welcomed Haberdashers' Aske's Girls' School to our very own Milton Library and the two teams presented their views on the statement 'In Europe the use of plastic should be prohibited'. Our team, once again consisting of myself, Harry Brandon, Oliver Powell and Matt Levine, was assigned to debate against the concept of a plastic ban. 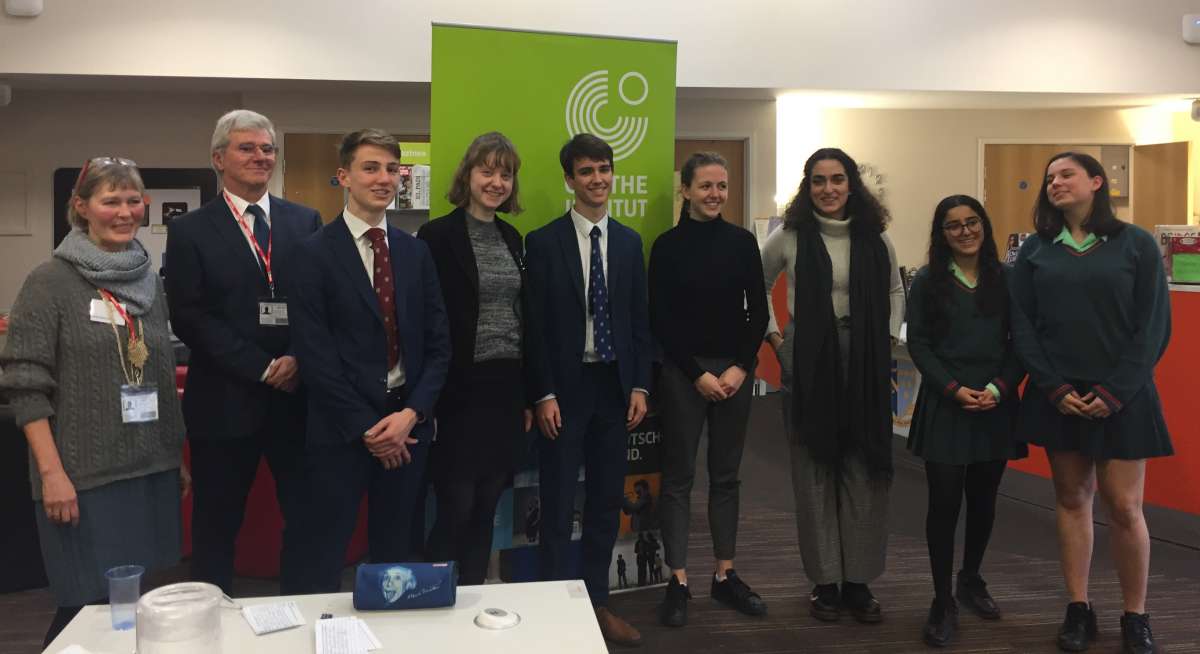 This was no easy feat to accomplish as participants were strictly assessed by the judges on their own ideas, counter-arguments, creativity, and even humour - all while speaking in German.

Whilst the opposing side mentioned various strong points about the negative environmental impact of plastic products and its harm to wildlife as well as ourselves, our team's speeches made it clear that without plastic the human population would almost still be living in the middle ages. It is undeniable - our modern technology, medicine, infrastructure, and many more essential aspects of our lives, could not exist without the use of plastic.

After the judges considered the excellent debating carried out by both teams, they gave us their feedback and eventually announced that the DCGS team would be going through to the next round.

A massive thank you to Frau Whittle and Frau Burton for helping us practise our speeches. The group is now eagerly waiting for the topic of the next round to be announced.