Earlier this week, the Dr Challoner's team travelled to St Helen's and St Katharine's school in Oxfordshire to compete in the first round of the inter-school University Challenge competition. The team, assembled by Dr Fenton, was composed of Niall Jones, Ciaran Walsh, Joshua Robey and John Slattery. 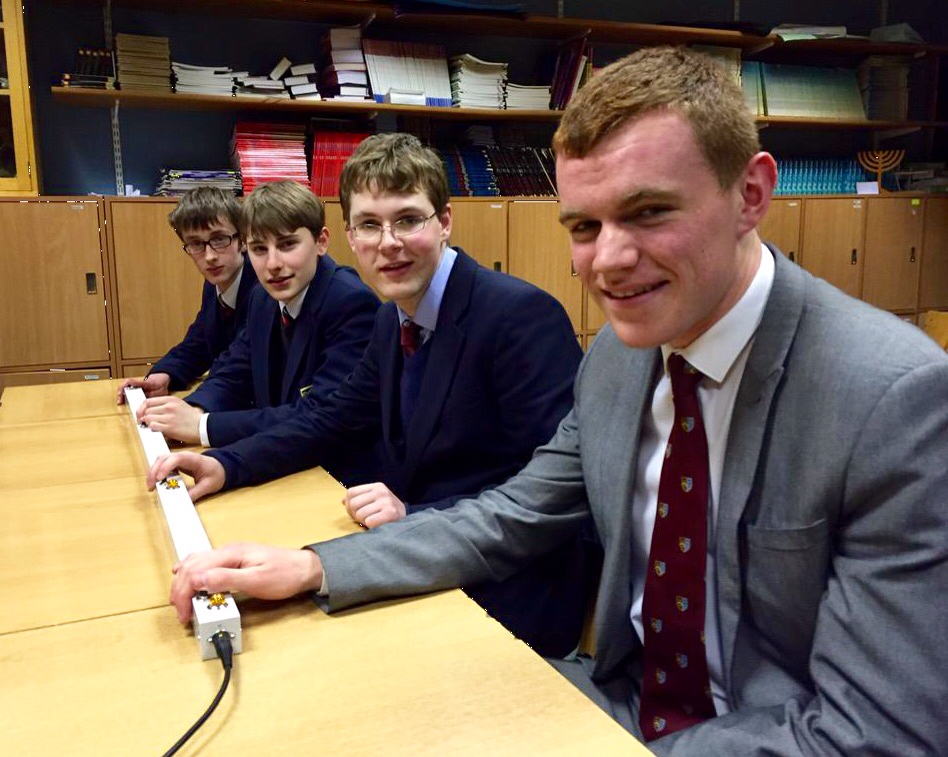 After an hour long journey, they arrived to find themselves placed in a group with Magdalen College School, who were beaten by Dr Challoner’s impressive 900-510 effort. This secured the team a place in the second heat, which started strongly. Facing Kingham Hill, a stronger team than before, Dr Challoner’s again triumphed with another win of 490-220.

The final match was against Wycombe Abbey. Despite competition with their knowledge of Greek Mythology and musical instruments, DCGS’ buzzer power led to another victory – Niall being the main contributor, earning him the nickname 'the An-niall-ator'. With 530 points to 180 at the gong, Challoner’s emerged as the overall winners of the nine schools present, meaning that the team progress to the next stage of the competition, which will be held later this year.