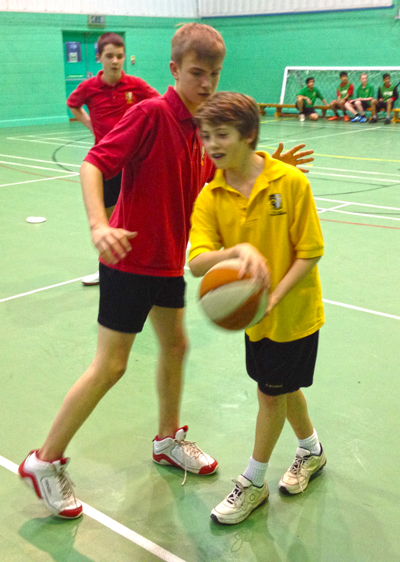 The Year 7A House Basketball proved to be a great success with 60 students taking part.

Holman got off to a great start defeating Foxall and Newman with James Tunney scoring the majority of the points. Thorne worked extremely hard as a team and showed great spirit to defeat Rayner and Pearson. Going into the last round of matches Holman and Thorne were battling out for top spot while Foxell, Newman, Pearson and Rayner were still in contention for a 3rd place finish. In the decisive match between Holman and Thorne, Thorne took an early 4 point lead with Sid Dey and Monty Weatherall scoring the baskets. Holman fought back with James Tunney scoring a basket and sinking two free throws. Despite late chances the match ended in a draw.

Thorne won the house competition on points difference and Holman finished second. The rest finished as follows; Rayner 3rd, Foxell 4th, Pearson 5th and Newman 6th. Well done to all the students who were involved.