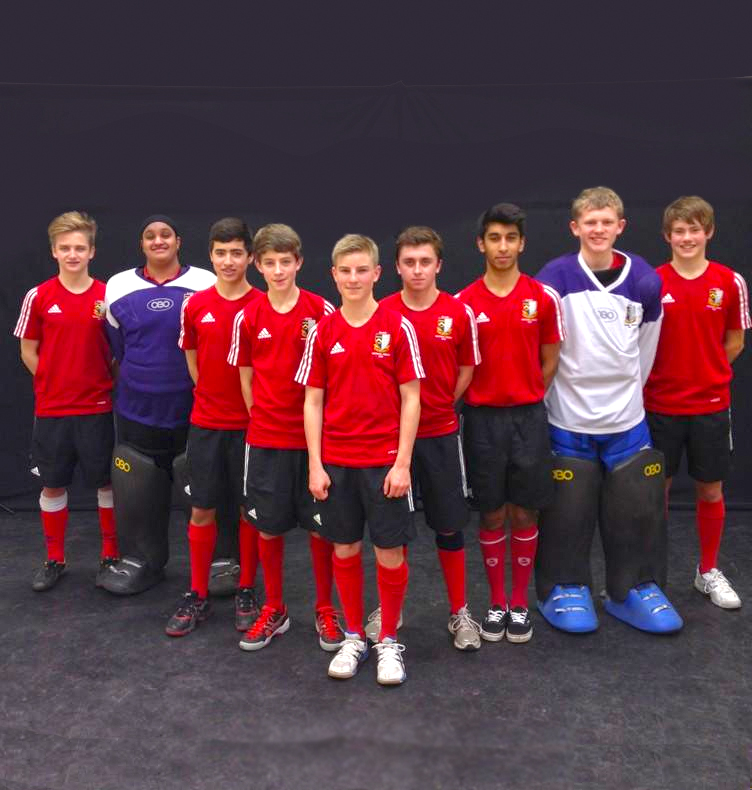 After qualifying for the National Under 16 Indoor Hockey finals as the South Regional runners-up, the squad were in confident mood leading up their four pool matches at Whitgift School last week.

A cautious start led to a narrow 3-2 defeat against eventual winners, Exeter School and the much needed win against the Midlands Champions, Repton, needed to maintain a chance of qualifying for the semi-finals didn’t materialise. However in the third game against the Eastern region runners-up, the Perse School, an equalising goal from Duncan Scott gave them the upper hand and with the last play of the game, he converted a short corner to give them a thrilling 3-2 victory.

The final pool match was against the North region runners-up, Egglescliffe. They saved their best hockey for this final game and ran out convincing 4-1 winners with Duncan Scott completing his hat-trick. This meant that they had finished the tournament as the 5th best Under 16 indoor hockey team in the country and the highest placed state school in the competition.The squad comprised Aaran Bhatia (Captain), Karanvir Sagoo, James Walker, Jordan Huggett, Toby Wilson, Duncan Scott, Harvey Preston, Jasper Copp and Alex Sweet.