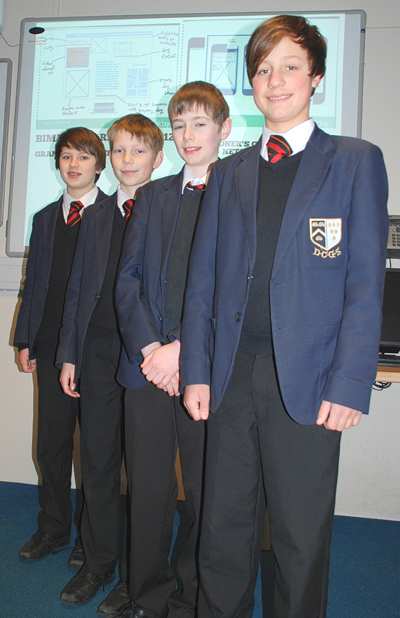 When eight teams of students entered the BIMA Digital Day Challenge (British Interactive Media Association) last October, they could not have dreamt of the incredible success they’d achieve. Working with their industry partners, NETCEL, they designed a range of mobile phone apps and programmed games in competition with 200 team entries nationwide. The results were announced on Tuesday and Matthew Dagnall, Laurie Bishop, Chris Mann and Matthew Walker were thrilled to learn that their phone app, Yappy Dog, had been awarded the Grand Prix which is the highest prize in the competition.

Yappy Dog helps you plan your dog walk based on your dog’s weight, breed and age. As well as suggesting dog walking routes, the app also suggests local dog-friendly pubs that you can visit after your walk.In their comments the judges said ‘The Yappy dog idea is extremely well rounded and this is the one idea we would most like to build/use. It’s the one Lord Sugar would have picked if this was a round of the apprentice.'

Three other Challoner’s teams were also given special mention by the judges and awarded a ‘Highly Commended’ rating.