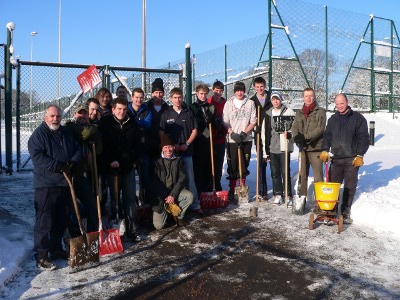 A volunteer team of staff and students did sterling work on Thursday 7th January to help clear the snow from the school site. Following the big freeze, the paths around the school as well as the drive were covered in deep snow which made the site unsafe for both pedestrians and vehicles. Thanks to the efforts of our clearance team under the direction of Mr Clare, the site was made as accessible as possible with a view to giving the school a chance of opening the following day.