ARTiculation 2020 at The Lightbox

The Year 13 Art class made their way to The Lightbox in Woking for the next installment of the school’s inaugural year of involvement with ARTiculation, following on from the Discovery Day at the Ashmolean, see link below.

For The Lightbox, the school had had to select a single speaker to represent the school in front of a room filled with ARTiculation representatives, the eight other schools present, and esteemed curator, Jennifer Scott. It is here that we meet the protagonist of this story: Joel Mills. Prior to this, Joel had competed fiercely against peers in his class for the honour of speaking at this event.

Between arrival at the gallery and commencement of the presentations, we were given the pleasure of a tour and a chance to explore the gallery. The Lightbox is a modest but impressive gallery, mostly made up of a rotating selection of Chris Ingram’s immense collection. However, in addition to that, they host many unique and interesting exhibitions throughout any given year. On the day, we got to see one of the most diverse groupings of David Hockney pieces, as well as the striking photography of Anne-Katrin Perkiss. 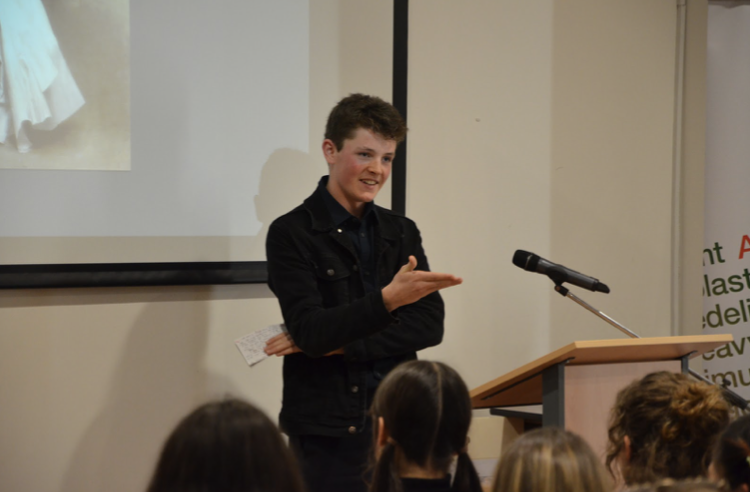 After the tour came the event we were all waiting for. The presentations were each five to ten minutes long and were centred around a particular artwork, chosen by the speaker. They showcased a diverse range of interests, interpretations, and themes. From the expansive, sociological commentaries that came from a talk about Fountain (assumed to be) by Marcel Duchamp, to the more niche and historical talk on the Portrait of Henry VIII by Hans Holbein.

Joel Mills gave an electric and exciting presentation where he put into words the many layers of skill, technique, and culture in Spanish Dancer by John Singer Sargent. He spoke of the range of marks, the scale, the colour, the composition; articulating the painting for the layman and the expert. Joel’s presentation was about energy - just like the painting he spoke of - he spoke with fire and charisma that was unmatched in the room. 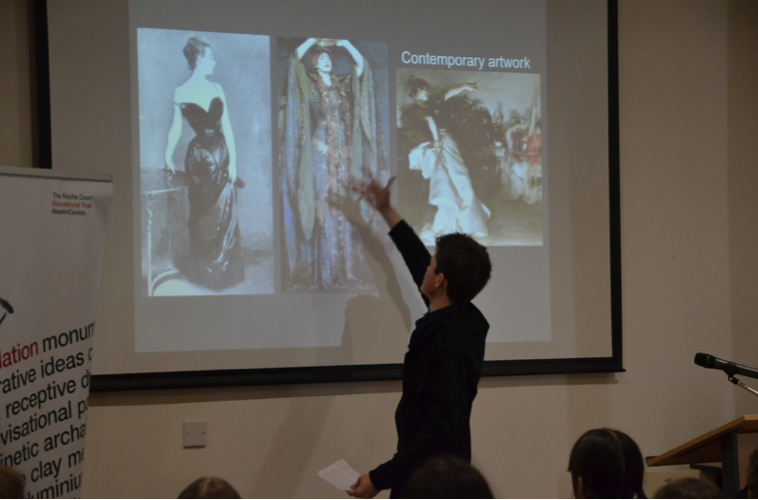 Joel explaining the contextual ramifications of Spanish Dancer on the left and answering a question on the right.

When the presentations concluded, all the speakers were named ARTiculation alumni, which entered them into a pool of young public speakers. From that pool, people are chosen for many future opportunities to speak, including a paid stint at the Royal Academy. Jennifer Scott said she was ‘in awe’ of the ‘tremendous’ speakers before going on to praise each of them individually. On top of that, Joel was particularly praised by Tim Revell, the ARTiculation outreach officer, for his engaging and exciting style.

The future looks bright for Joel as a speaker and the school is looking forward to future involvement in the ARTiculation programme after a successful first year.