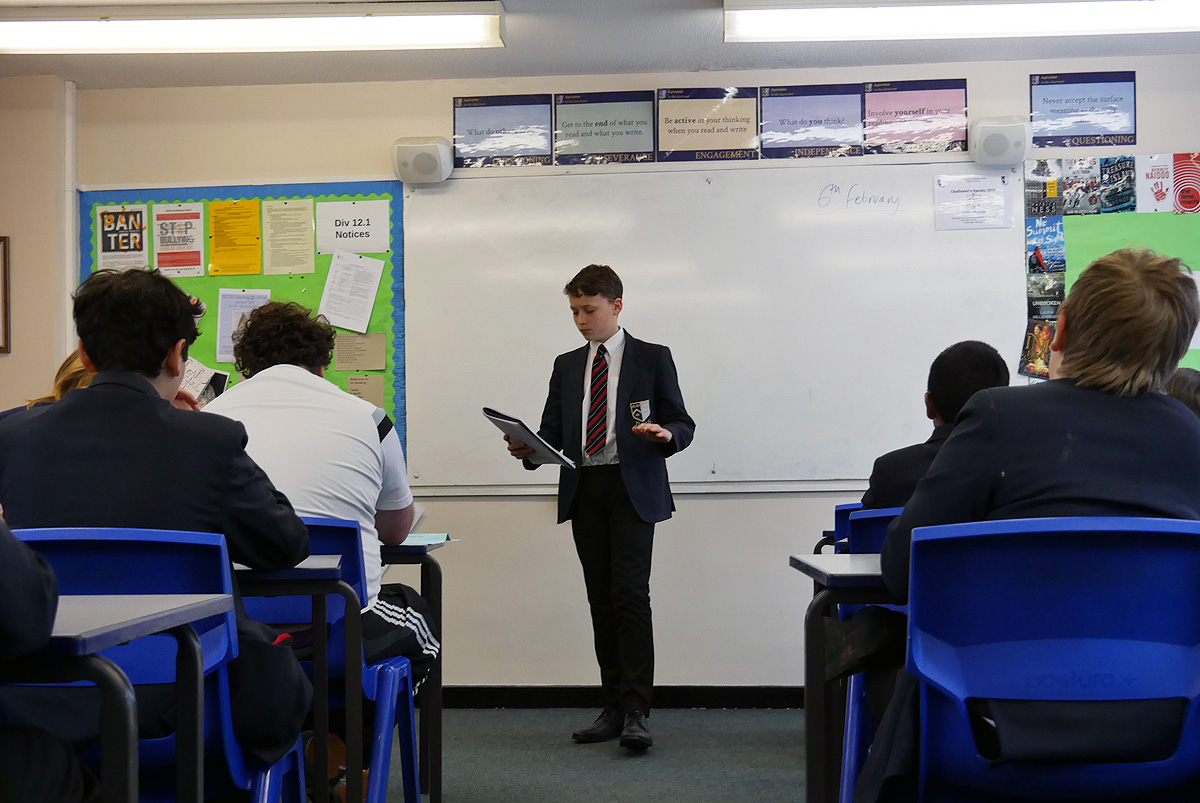 Challoner’s Speaks really went places with this year’s theme ‘Going Places’, with very high quality in the Year 7, 8, 9 and 10 finals. Year 7 set the expectations high, starting off the Finals week with a bang. James White scored the win for Foxell, with an inspiring speech on 'Humanity’s Journey', with the Houses Pearson and Thorne close on his heels. The judges announced their decision after a painstaking discussion; it is certain that these finalists will be competing for the title next year.

Year 8 responded to the high bar, set by the Year 7s after having a flavour of the competition the prior year. Felix Cronly earned the title for Thorne after an engaging speech on 'Percy Fawcett and the Amazon', after competing against last year’s champion, and another finalist from the prior year gave a perceptive speech.

Year 9, with an abundance of experience, dazzled even brighter than the stars in this year’s final. Yusuf Baracky delivered a mature speech on 'Refugees', which earned our hearts. The standard of Year 9 left the audience in awe, no doubt handing the judges a hard decision to make on who deserved top prize.

The saying 'Leave the best 'till last' was proven accurate in this year’s competition. Anshu Attavar concluded the speeches with a jaw-dropping speech on the fascinating topic of 'Immigration'. This topic is debated in political society across the globe, and the complexity of the issues were ably displayed by Anshu. The judges crowned him as this year’s victor after further painstaking deliberation. 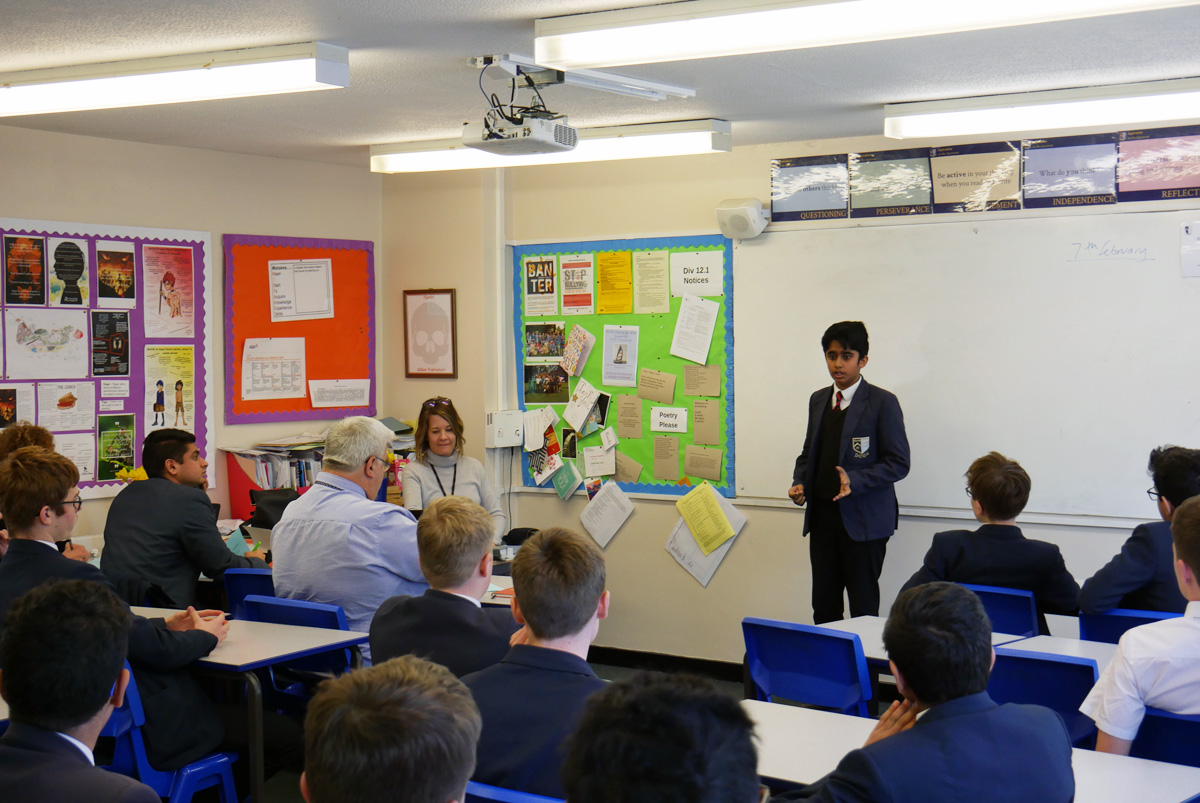 Thank you to all of the finalists from Years 7 to 10 for taking part in Challoner’s Speaks 2019. Thanks also to the staff who adjudicated the finals and to the English team for organising the competition.