Thoughts on Childhood from Ali Sparkes 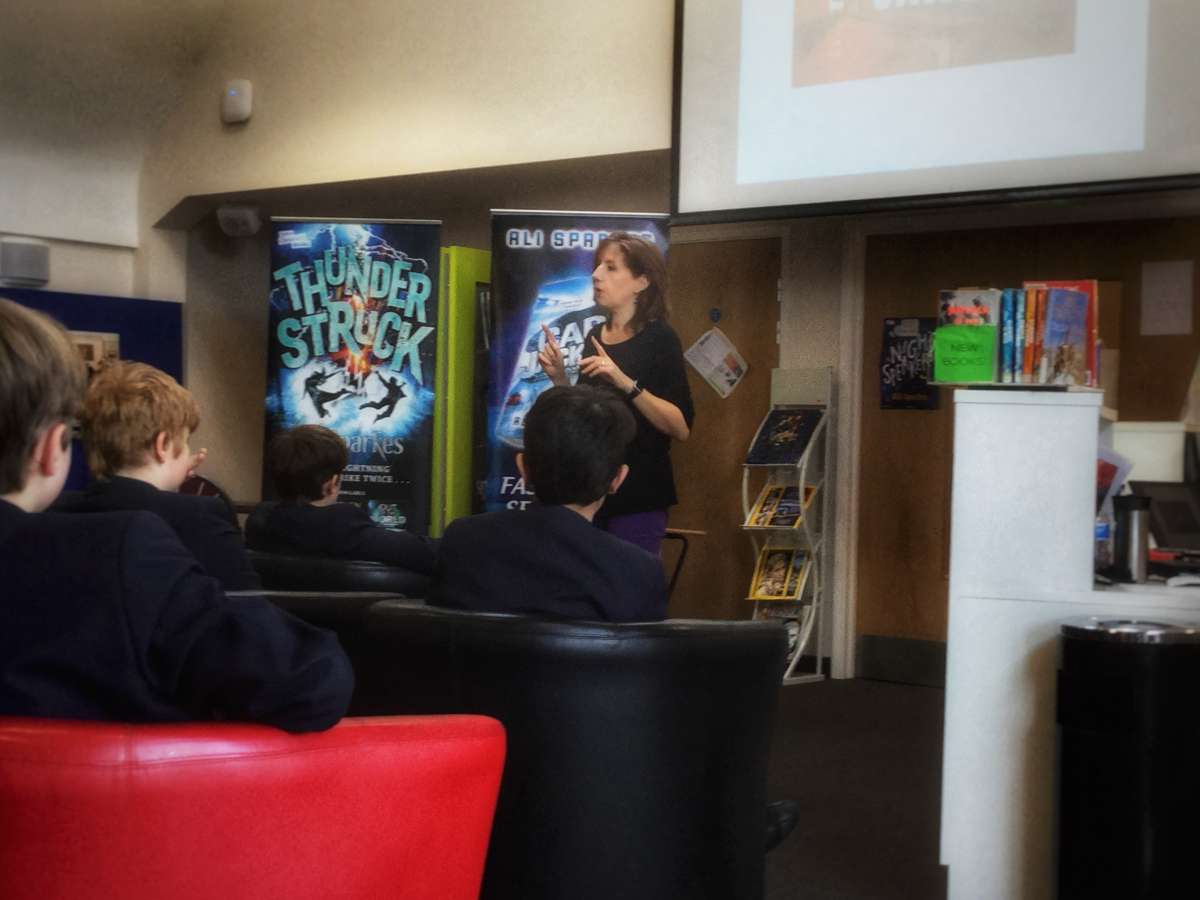 Everyone's English lesson in Year 8 begins with ten minutes of reading. Students come into lessons with a variety of genres to read from. Whether it be a thriller, or a novel about the most intriguing conspiracy theories of all time, there will always be a book a student will take an interest in. And so one of the highlights of the year so far for the boys is our visit from author Ali Sparkes. She has written numerous books often seen in the first ten minutes of English lessons, such as Frozen in Time, The Shapeshifter: Feather and Fang, Destination Earth, and much more.

A simple opening slide with the title 'Genius child… monster mother' immediately grabbed everyone's attention. Sparkes began to discuss the theme of one of her most recent novels, Car Jacked, including an exclusive reading. She focused on the relationship the young boy has with his mother, and how this plays a huge part in the story. Surprisingly, Sparkes told us her favourite part of writing was the research that went into her work. She had talked with members of Mensa about being smart as a child and what it was like for them. It seemed, she told us, unfair that children in this country were very happy to say that they were good at sports, but they were not happy to admit to being intelligent. We nodded in agreement of her thought-provoking message.

What really came across through her talk is that her book was not just about a car hijack. It involved far more complex layers, linking in with some of society’s problems today. Whilst they may have been embarrassed to admit it, I think many of us in the room could relate to the poor young boy in her novel. The boy was someone who was uncomfortable with being themself. The boy was someone who, whilst he could achieve great things, felt under pressure from the world around him. This character that we learned about more and more through the hour became someone more and more just like ourselves.

Failure is something you don’t experience much of as an adult. But as a child, no offence, you experience failure all the time.

But her talk was not just about her new novel. She spoke about her son’s ambitions and how that affected her as a mother, as well as him being offered a place on the television show The Voice. One of the students’ favourite parts was the Genius Quiz she had incorporated. Mr Stephenson did not crack under pressure and managed to find victory over three other students. Whether Sparkes was discussing her life as a writer, or even Jupiter’s largest moons, the students were utterly fascinated.

Year 8 student Liam Murphy commented, ‘After hearing what she said, I’m definitely going to get her new book when it comes out. It sounds great!’

It seemed the rest of the year were in agreement with Liam, as they rushed into the library to buy one of Sparke’s novels and ask some more questions at break.

Thank you to the library and the English Team for making this possible, and Ali Sparkes for taking time out of her busy schedule to talk to us.