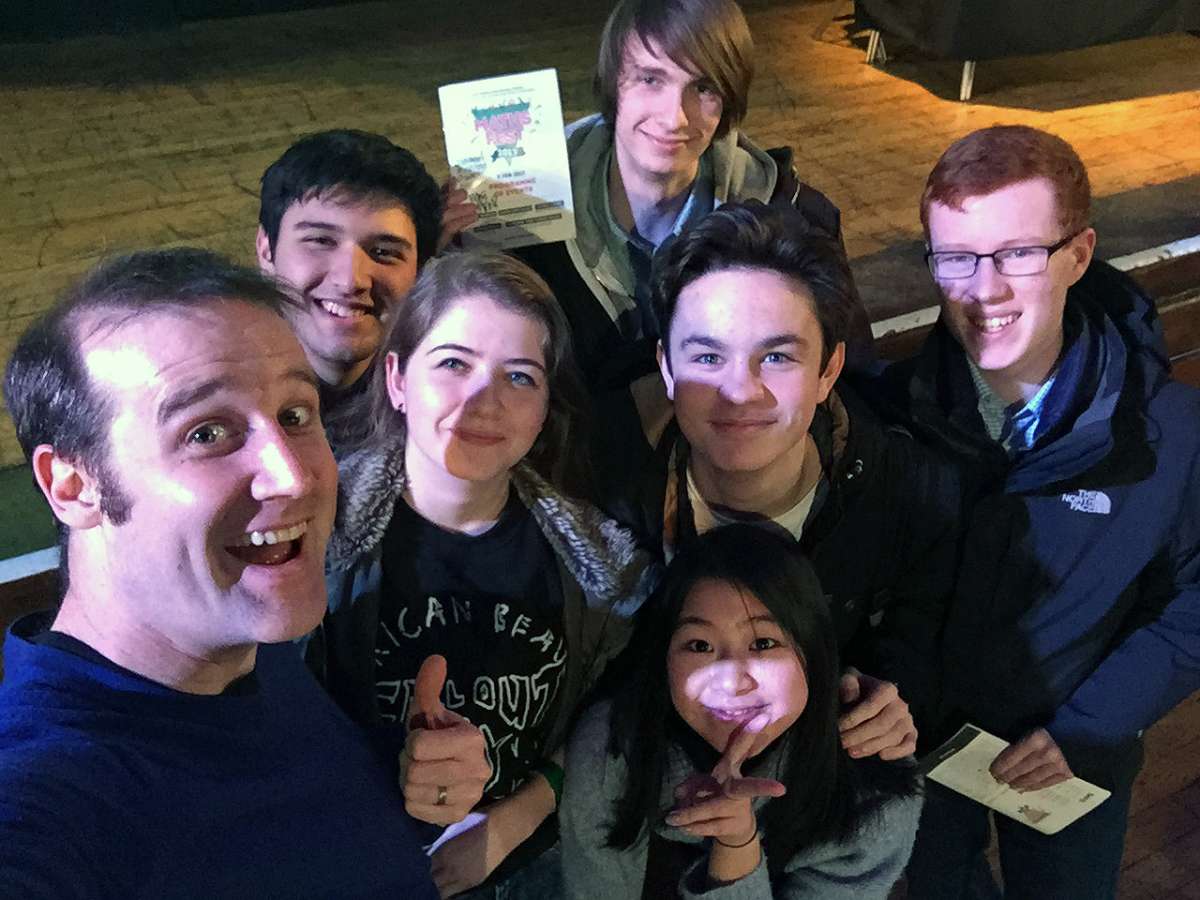 Year 12 students studying Maths at A Level had the opportunity this month to attend the UK's second ever Maths Fest. A homage to all things mathematical, the day aimed to inspire young people to take maths further and introduce us to whole new branches of mathematics, much of which does not appear on the school syllabus. Katie Speckles engaged with the audience by giving us timed puzzles to work on, before talking about some of maths' greatest unsolved puzzles - whilst in the Maths Slam, students from a variety of schools gave presentations on maths that interested them beyond the syllabus, covering topics such as the base 10 system we usually use for counting and an uncommon proof that \( \sqrt{2} \) is an irrational number.

Further talks explored the variety of jobs involving maths, with Eugénie von Tunzelmann from the SFX industry explaining her career path, which took her from an engineering degree to working on the special effects for some of the biggest films of recent years - including the Harry Potter franchise, Iron Man 2 and most notably Interstellar, where she worked as part of a team to program visual effects for a scientifically accurate black hole.

James Grime, of the famous YouTube channel Numberphile, talked about the pivotal role maths plays in technology today, from the basic workings of a computer to Wi-Fi, CDs, cryptography and more.

Following this he and Matt Parker performed a live episode of the aforementioned series, taking questions from the audience and estimating the value of π using simply a stopwatch, measuring tape and pendulum! In between these talks a selection of students competed in rounds of the comeptition 'Who Wants To Be A Mathematician?' live on stage, which featured increasingly difficult questions culminating in an extremely tense grand final. Finishing off the day, the renowned author Simon Singh revealed the extent of the use of maths in The Simpsons in a novel and engrossing take on the famous TV show.