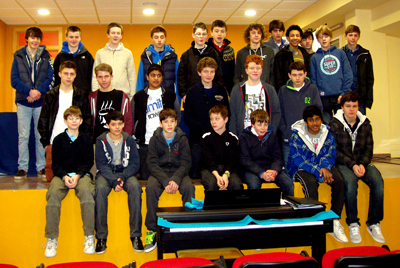 The still relatively new Junior Spanish Exchange programme with IES La Flota, Murcia has been going from strength to strength.

Over the February half term, 25 students, accompanied by Mr Walter and Miss Ashton, spent the week with their new Spanish friends. Whilst in Spain, they were immediately able to put the Spanish that they had learned in the classroom to very good use. The students were treated like royalty whilst with their Spanish hosts and were able to have an insight into the life and customs of a Spanish family. The organised day trips included a visit to Granada and the breath-taking Alhambra Palace, as well as visits to Cartagena, Santiago de la Ribera and the Balneario de Archena, a thermal pool.

The students returned to Amersham exhausted but in very high spirits and we all look forward to welcoming the Spanish students and staff back to DCGS next month.