Hockey Triumph in the Bucks Cup 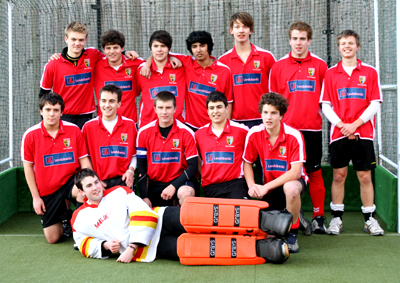 We are pleased to announce that the Challoner’s 1XI hockey team lifted the Bucks Cup at Bisham Abbey on the Wednesday before half term.

They defeated RGS High Wycombe by three goals to one thanks to goals from Michael Maw, Josh Moore and captain Alex Stobbart. After a scrappy, even first half, the boys dominated the second half, although a crucial diving save from Chris Dunsdon with the score at one all appeared to be the turning point in the game.

This is the third successive year that Challoner’s has won the Under 18 competition which is a fantastic achievement. The boys will now play in the South Regional competition on the 4th March where they’ll meet the finalists from seven other counties in a bid to gain a place in the Nationals.