Everyone in Year 8 knows what drugs are. We know the dangers, their usage in medical care, and the kind of people that might sell them. But when was the last time we had an honest, open discussion about the topic? Over time the subject has become uncomfortable to speak about with parents, teachers and other adults.

With this in mind, having Sixth Form students come to speak to us about drugs openly and sensibly was a brilliant opportunity for all of us. 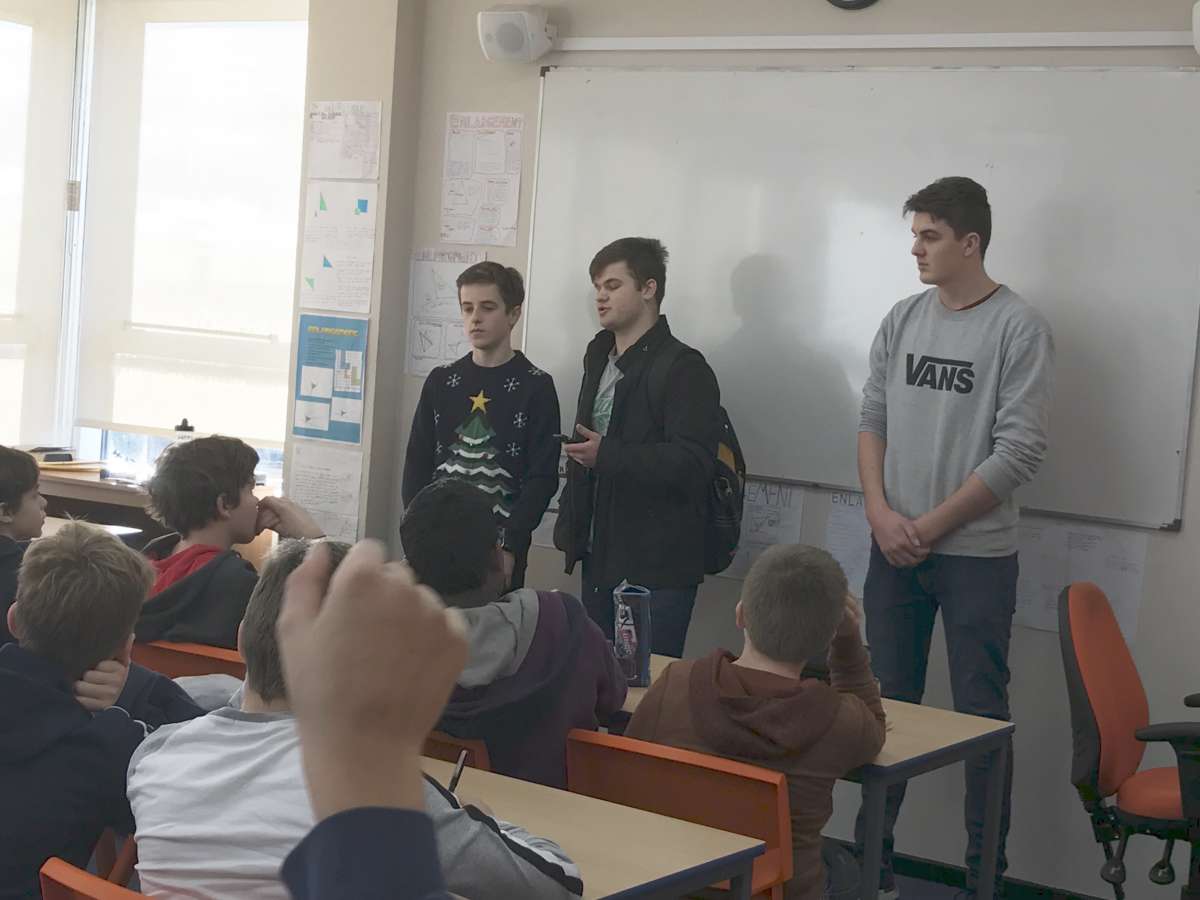 The hour-long session was less of a formal talk or lecture, but more a casual conversation where students could ask questions that they may not want to ask at home or of members of staff in school. The Sixth Form students were able to share their knowledge, answer questions and discuss this topic further.

In particular, I was shocked to find out that only a tiny amount of caffeine could kill you, and that drugs are in many products we consume on a daily basis - fizzy drinks, tea, coffee and chocolate to name but a few. We learned about a 'good trip' and 'bad trip' when taking drugs. Many of us had previously assumed that the side effect of drugs was pleasant emotions; we were horrified to hear about what could happen. In a 'bad trip' (the name for a bad experience when consuming drugs), someone can have a near-death experience, with not much realisation of what is going on around them.

I always thought that, whilst bad for your health, drugs would be a pleasant experience. Now I know about 'bad trips', I know that being high can be dreadful.

The pupils were read out some personal experiences of substance abuse from online. A common pattern was the effect that peer pressure can have on someone if they are at a party or a friends house. It’s very easy to be persuaded by those around you.

This open conversation heavily affected everyone in a positive way, and we are all extremely thankful to the Sixth Form students for taking time out of their lessons to talk with us.

Put in groups of three, the Sixth Form students involved in these talks attended two training sessions where we not only learnt facts about the drugs themselves but were also were given advice on how to deliver the talks to the lower school. Our role wasn't to tell people not to do drugs, but to explain the benefits and risks of them so they could come to an informed decision about their habits. The idea is that students would be more inclined to listen to us rather than if we simply lectured them on why they shouldn’t do drugs.

I think we all presented really well. In my group we made the talk interactive with a demonstration of the recovery position on an unsuspecting Year 8 student’s desk - to show people how to look after a very drunk person. The class responded positively, and felt able to have an honest discussion with us about drugs and their dangers.

I was both surprised and concerned to hear so many students believing controversial US ‘studies’ on the benefits of marijuana. Thanks to our training, we were able to rebut these claims with the risks of psychosis and lung cancer. It was excellent to have an honest discussion around this topic, since social media has portrayed marijuana as a completely safe drug to many of us, and it is vital that we challenge this kind of message.

Overall, this being a student-led activity was a fantastic idea, as students felt far more able to ask sometimes embarrassing questions about drugs and alcohol than they would have done with a teacher. I’d like to thank Mr Ambrose for organising all the talks, as well as the teaching staff for trusting us to take over one of their lessons.