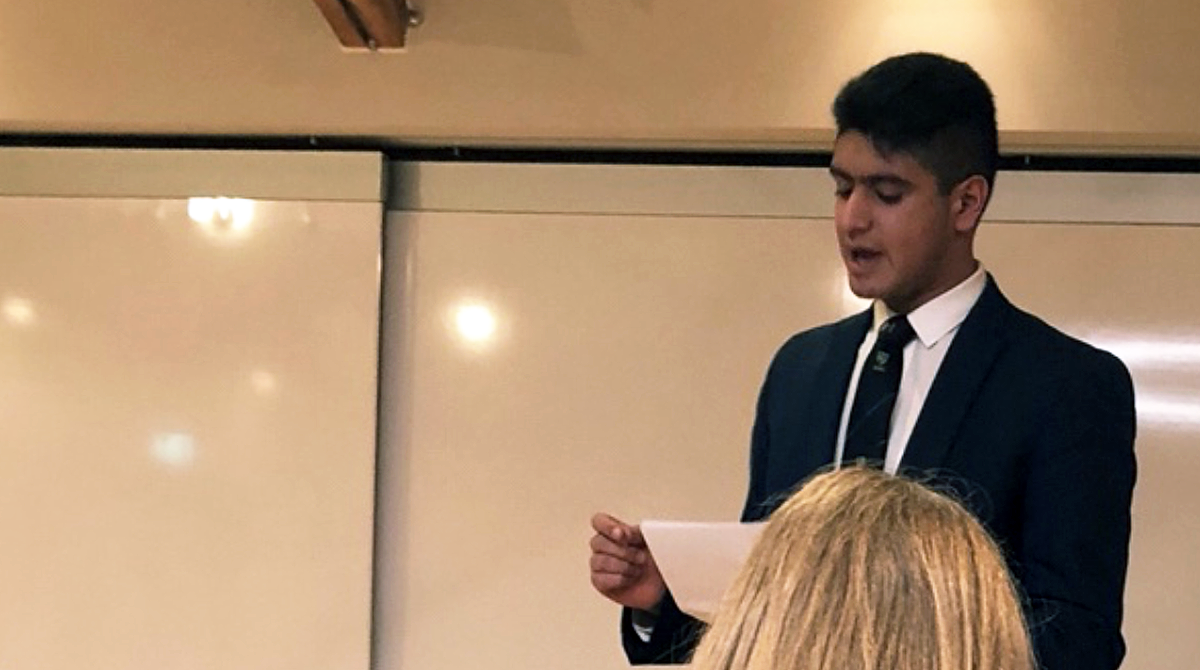 After heats, debates and rather controversial interpretations of the question, the History and Politics department selected Matthew Goodwin-Freeman and Mohammad Karim to represent the school in the local round of The Great Debate 2018. A nationwide competition with the finals held in the House of Commons themselves, all was at stake! This round required the trek to nearby Piper’s Corner school to outline arguments in front other competitors and a judge from the History Association. After weeks of preparation and rewording, alongside nervous practices in front of friends and family, the time was up; the speeches began.

The topic to be debated was entitled, 'Was the 1918 extension of the franchise the most significant moment in British democratic history?' I was first up, arguing that the the extension was the most significant moment. I cross-examined the question against a multitude of historical and political events: from the French Revolution 139 years earlier, through to the great Brexit phenomenon we’re undergoing now. In each case, I looked at the significance of that moment, then compared it to the extension of the franchise itself. I then looked at how the influence of the act can still be felt today - relating it to my own work as the Member of Harrow Youth Parliament, arguing that my ability to represent young people in Harrow is as a result of the act allowing more individuals to vote.

Mohammad then changed strategy controversially, putting forward the idea that the act was not in fact significant. Opening with a quote of Churchill's about the influence of the politically ‘illiterate’ Mohammad also cited the claimed dangers of the 1918 act, allowing 8.5 million 'inexperienced' new voters to decide for a nation. Mohammad then shifted his speech to demand the vote at 16, to allow the youth to take charge of the 'failure of the older generations'. It was controversial but well-argued speech!

Then the anxious wait began, as the judge went off to deliberate on who from the five schools there would go through to represent the local area in the House of Commons. Alas it was not us, but the experience has been greatly rewarding for us both. Thanks must go back to the History and Politics Team for their support throughout, especially to Miss West and Mr Hyndman for their individual hard work.