Exploring Islam at the Al-Khoei Foundation 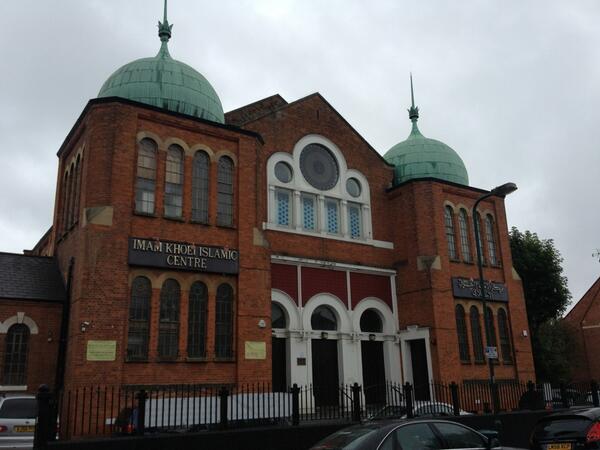 Year 11 RS students were invited to visit the Al-Khoei Foundation, to aid their understanding of the Islamic aspect of the GCSE course.

The Al-Khoei Foundation is a charity, headquartered in London, set up in 1989 by the late Grand Ayatullah Al-Khoei. It strives to cater for the needs of Muslim communities across the world and runs schools in a multitude of countries including Canada, Thailand and India. The Foundation is vital in promoting interfaith and intrafaith dialogue in an effort to bridge divisions between different groups, as well as holding the General Consultative Status at the UN. In London, the building is comprised of three major sections: the headquarters of the charity, the Islamic Centre and two schools which provide education to over 400 students.

The day commenced in the Islamic Centre, where students were first treated to a fascinating discussion regarding Islamic Philosophy. Ideas including the existence of God and the soul were discussed, with the Imam of the mosque, Ayatollah Professor Fadhil H. Milani (who also happened to be a renowned scholar) providing numerous arguments which we hadn’t thought about previously - such as the ‘necessary existence’ of God. We were surprised to hear the Imam appeared on television weekly across Europe! The work of the Al-Kawthar Project, which provides valuable help to orphans and widows in Iraq, was also highlighted.

A Q&A session followed, with Challoner’s students asking a variety of probing questions - including what the mosque thought about the actions of ISIS. The Imam responded by stating his repeated condemnation of the group, and saying he was one of the people who advocated for news outlets such as the BBC to cease calling the group simply 'The Islamic State': because the group is ‘neither Islamic, nor a state’.

After lunch, students were shown the headquarters of the charity. It was fascinating to observe pictures of the famous figures who had visited the Foundation, including Queen Elizabeth II and multiple world leaders. We were then treated to a talk from the Imam’s son, Jaffer Milani, who relayed the history of the mosque. The building was formerly a synagogue, and it was shocking to learn the handmade Iranian rug inside the prayer hall was worth an estimated £5,000,000!

The visit was undoubtedly exceptionally interesting, and will help us greatly with the Islamic sections in the GCSE exams. I would like to thank the teachers involved and particularly the Al-Khoei Foundation, who were tremendously welcoming and provided students with a memorable day.