Last Thursday, Year 12 biologists travelled to Friend’s House in London for the annual Science Live A Level Biology event. The day consisted of a series of half hour long lectures from experts on topics such as microbial resistance and evolution, with Q&A sessions at the end. 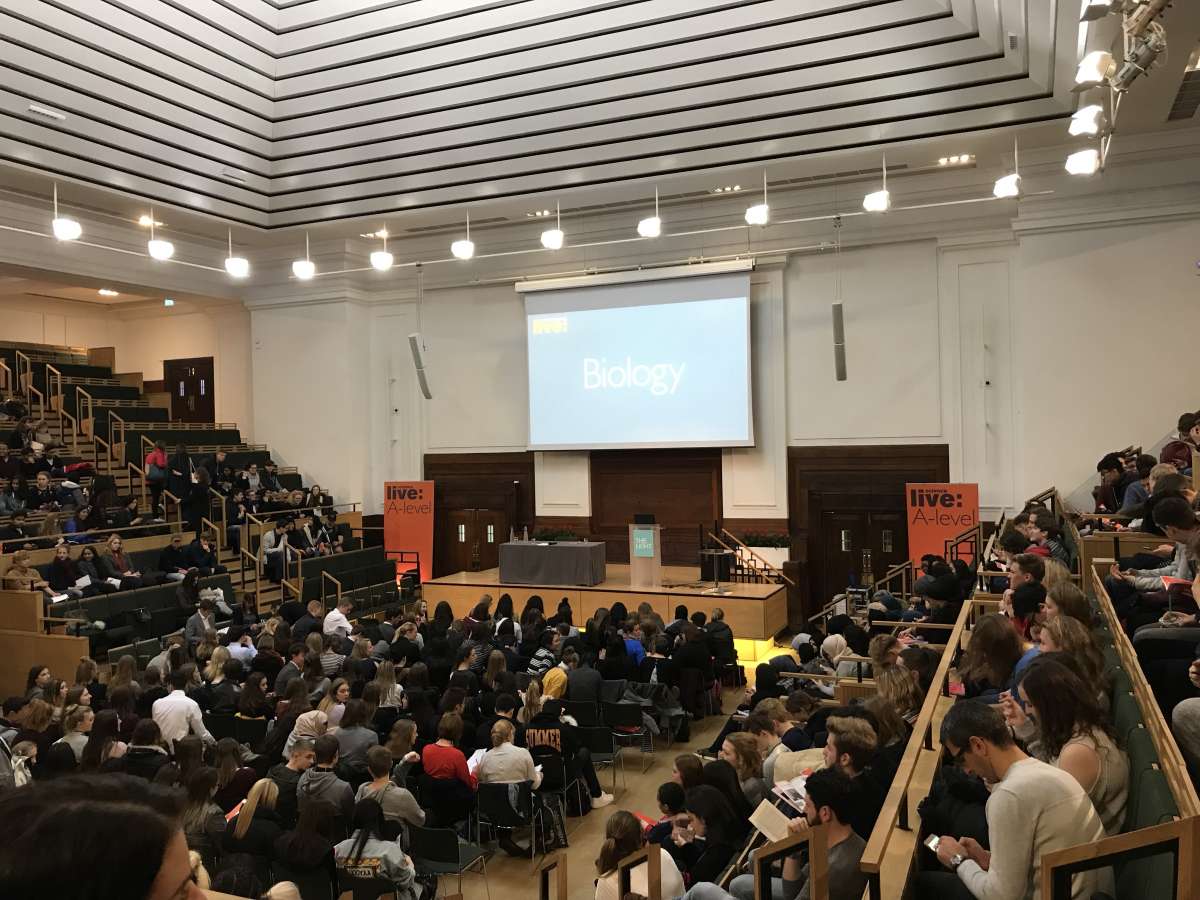 The lectures are excellent for our studies, as they not only give us an insight into what lies ahead in the new (and more challenging) A Level syllabus but also go well beyond the specification, challenging us to make links between topics and develop a greater interest in what we are learning.

A particularly hilarious discussion was from Professor Steve Jones, who gave us a detailed look into chimpanzee reproduction, and discussed to what extent we should treat them more like humans than animals. With often outrageous jokes throughout, he concluded that although chimpanzees share 95% of our DNA, bananas share 50% so it is ridiculous to claim chimpanzees as anywhere near human. It was also extremely interesting to learn how skin colour had evolved over time. We were surprised to learn that humans were always originally of fair skin as those in the African area evolved to have much darker skin in order to protect molecules inside their blood.

In between the lectures, we were given advice from one of the A Level Biology chief examiners. She gave us valuable revision advice; but most importantly gave us subject specific feedback on the most common mistakes in Biology A Level. It was extremely useful to hear the perspective of a chief examiner in such an important area. We were given tips to help us to craft the ideal answer - something that all of us are striving for.

The day concluded with a passionate speech about the dangers of misrepresented data. Dr Ben Goldacre used the example of the MMR scare, but interestingly did not pin the blame on Dr Wakefield, but on Tony Blair for not disclosing whether his son had had the vaccine. He discussed how the scare occurred three years after Dr Wakefield produced his original (now discredited) paper identifying the link between MMR and autism. It was only after the Blairs declined to state whether their child had the vaccine that the newspapers really got a hold of the story.

Overall, it was a brilliant day out and on behalf of everyone who went on the trip, I would like to thank Mr Buckridge for organising it.