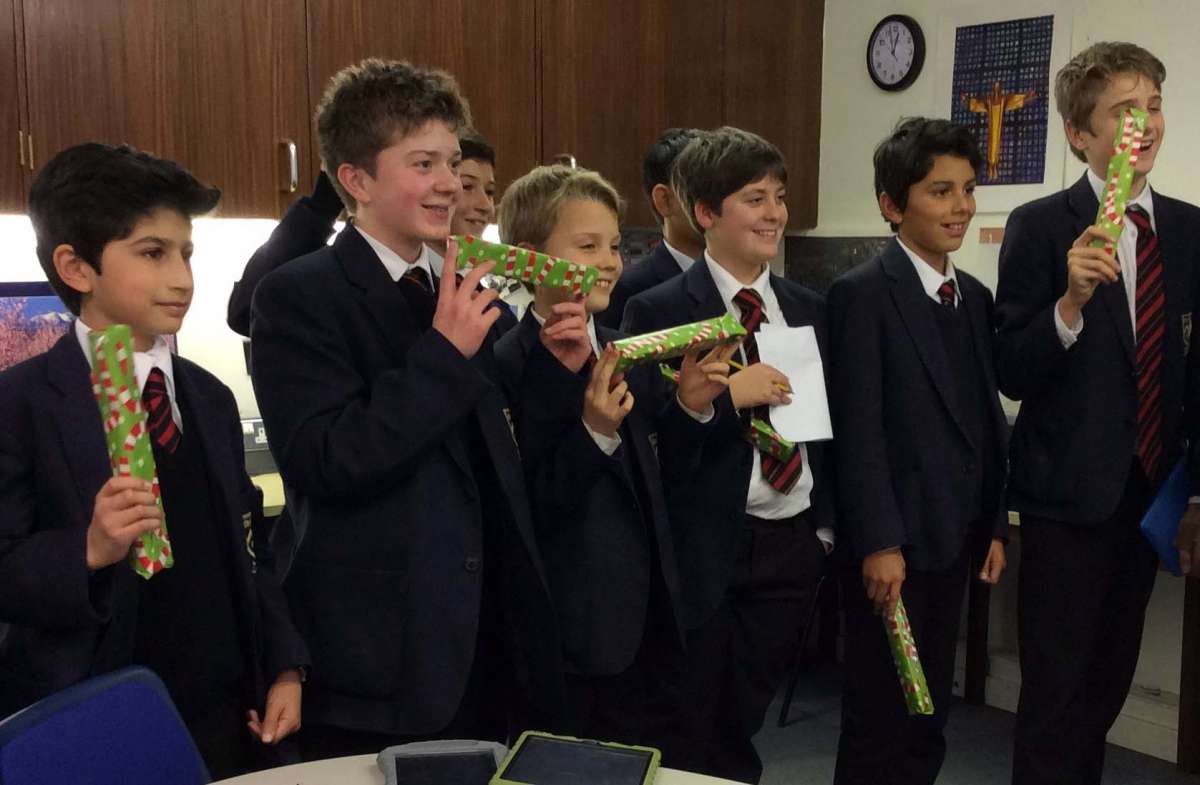 Thursday lunchtime provided the opportunity for small teams of Year 8 detectives to search for QR codes hidden around the school. They were trying to rescue Santa Claus, who had been taken hostage by a mysterious thief! Each team was given a sheet with numerous sentences in French but with missing words, and using the QR codes, scanned with their iPads, they had to fill in the missing words, leading ultimately to Santa's location.

When lunchtime arrived, all teams were focused on winning and were rushing around the school trying to find Santa. The codes were all hidden in sneaky areas, such as posters inside the tower block, windows in West Court and even on the fire alarms. After half an hour of intense searching, two teams had cracked the code, and so both those teams went head to head as they dashed enthusiastically to Q6, one of the classrooms and where Santa had been taken hostage, to rescue him and receive their prize. In the end, the winners were Ben Eggleton, Jake Robertson, Ewan Mahew, Kaushal Ferwerda and Jamie Bozier, and every member of the 1st, 2nd and 3rd placed teams received a small edible reward and of course the pride of rescuing Santa/ Thank you to Mrs Ventham and the Languages team for making this possible.