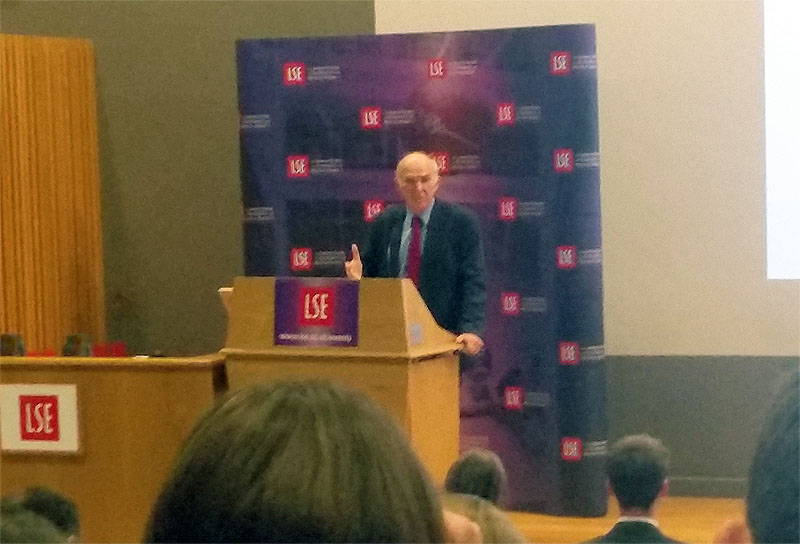 A number of Sixth Form economics students visited the LSE to hear a talk on the question, ‘How can the UK improve productivity and still build the workforce?’, as part of the LSE’s on-going business review. The panel of experts was made up of the former Business Secretary, Sir Vince Cable, Professor Diane Coyle OBE from the University of Manchester, Bronwyn Curtis, an expert in financial markets and a governor at LSE and Anna Leach, head of the economic analysis team at the CBI.

Productivity is a huge economic issue as the UK produces much less per hour worked than China, the US, Germany and most of Europe. As productivity is closely related to growth and improving quality of life this is a significant worry.

The evening started with a short lecture from Vince Cable on his experience of productivity while in government, followed by an explanation from Diane Coyle on some of the problems with traditional economic measures of productivity. From there the discussion became broader, with examples of the other panel members’ experiences, followed by questions from the audience. The discussion covered issues from how to measure digital output, to whether the banking sector is too large and too traditional in its borrowing, and whether or not innovation is slowing and is the most important part of education to focus on.

Overall, it was an enjoyable and educational evening, and on behalf of everyone on the trip, I would like to thank Mr Laferton for organising this visit and giving up his time.