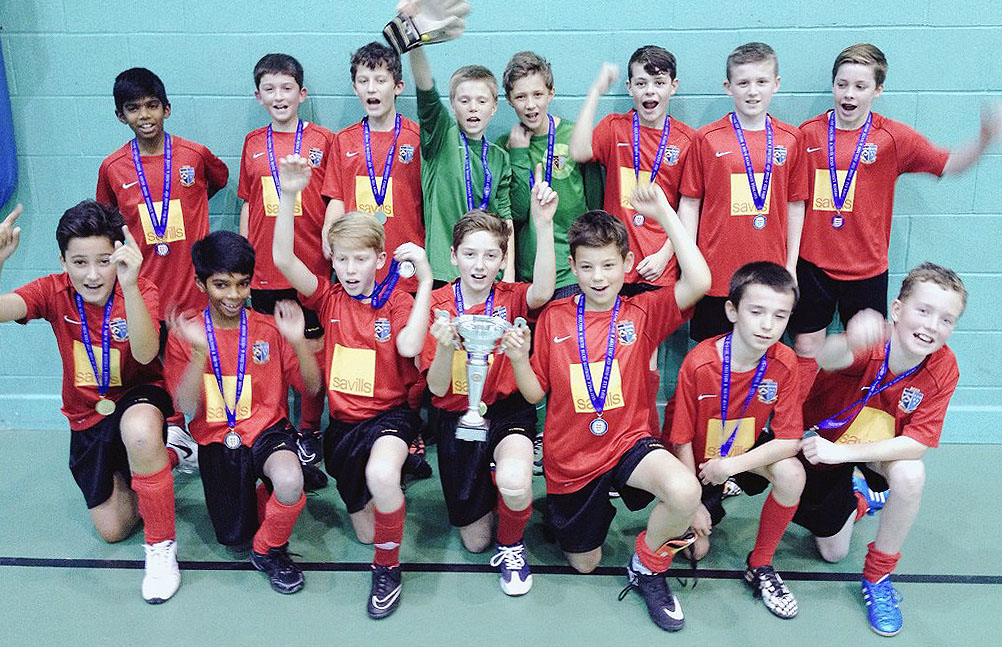 Both teams qualified for the knockout stages in which the A team beat Chalfonts Community College A 2-0 and the B team beat Amersham A 1-0. Both Challoner’s teams met in the final and after some stunning saves from Michael Adcock and Alex Holloway the full time whistle went and the score was 0-0. Into extra time we went and as the A team were pushing for a goal the B team struck home and added another straight after. The A team reply was swift but got knocked back down as the third was netted from the Bs. The score was 3-1 and through sheer determination the B team held out with the man of the match being Alex Holloway for his sublime saves.

The top scorers for Challoner’s were Luke Sutcliffe (6), Patrick Coyle (3) and Arun Johal (3). Challoner’s now qualify to represent the district in the area finals in February at the University of East Anglia Sportspark, Norwich.