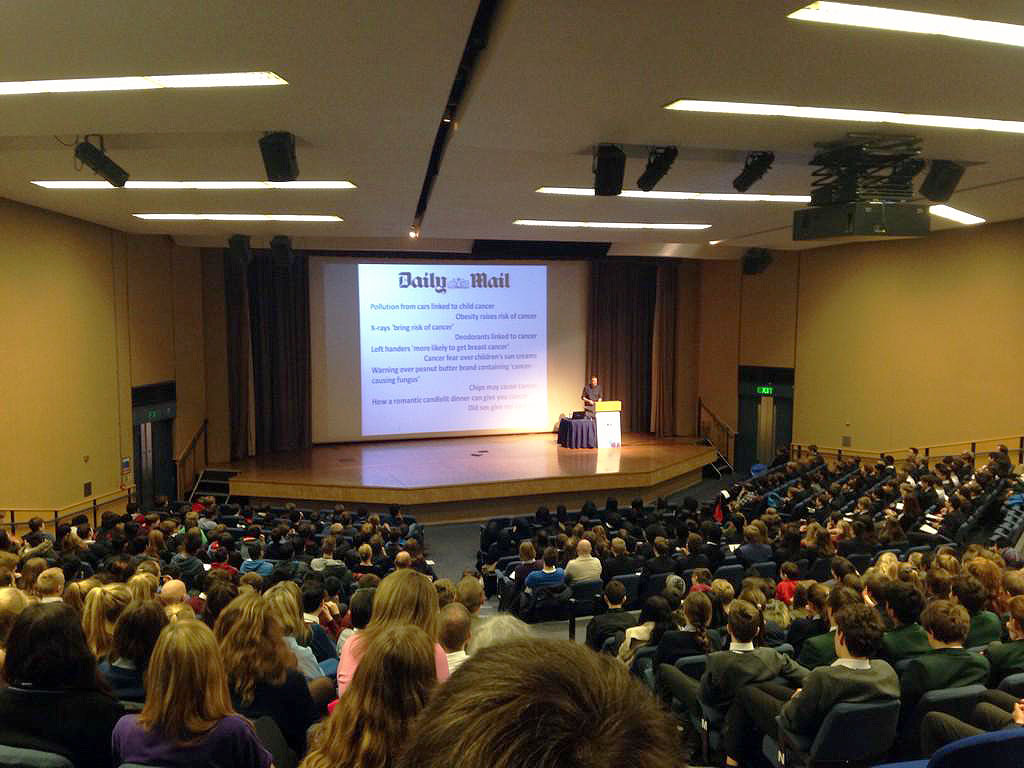 A day of science lectures may not appeal to some, but the Year 11 visit to the Institute of Education proved the contrary. The day was filled with interesting talks on a diverse range of topics within science, such as science in the media, extending our senses, the inner workings of a mobile phone, and an as-yet unsolved problem in physics.

By far the most impressive appearance was Professor Lord Robert Winston; who gave a talk on human reproduction and genetics before leading onto gene therapy at the end. His talk featured several one-of-a-kind pieces of footage he possessed, depicting things from ovulation to super mice. The other speakers were Tom Sheldon, Michael de Podesta, Karen Vernon-Parry, and Nicholas Harvigan.

The visit definitely enthused many students about the idea of studying the sciences; for example one of the speakers talked of their passion for discovery and solving problems, and whetted our own appetites by presenting us with a mysterious puzzle in physics concerning electron spin. He described it using the analogy of a white Lego brick, putting it in one of two boxes (you don’t know which), taking the boxes away from each other and pouring paint in them so that the contents of one is coloured yellow and the other red. Put the boxes back together and the brick should now be either red or yellow, but it is actually orange. How? Can you solve it? (An instant Nobel prize if you can!)

All in all, the trip was great success. Thanks to Mr Bristow for leading it.