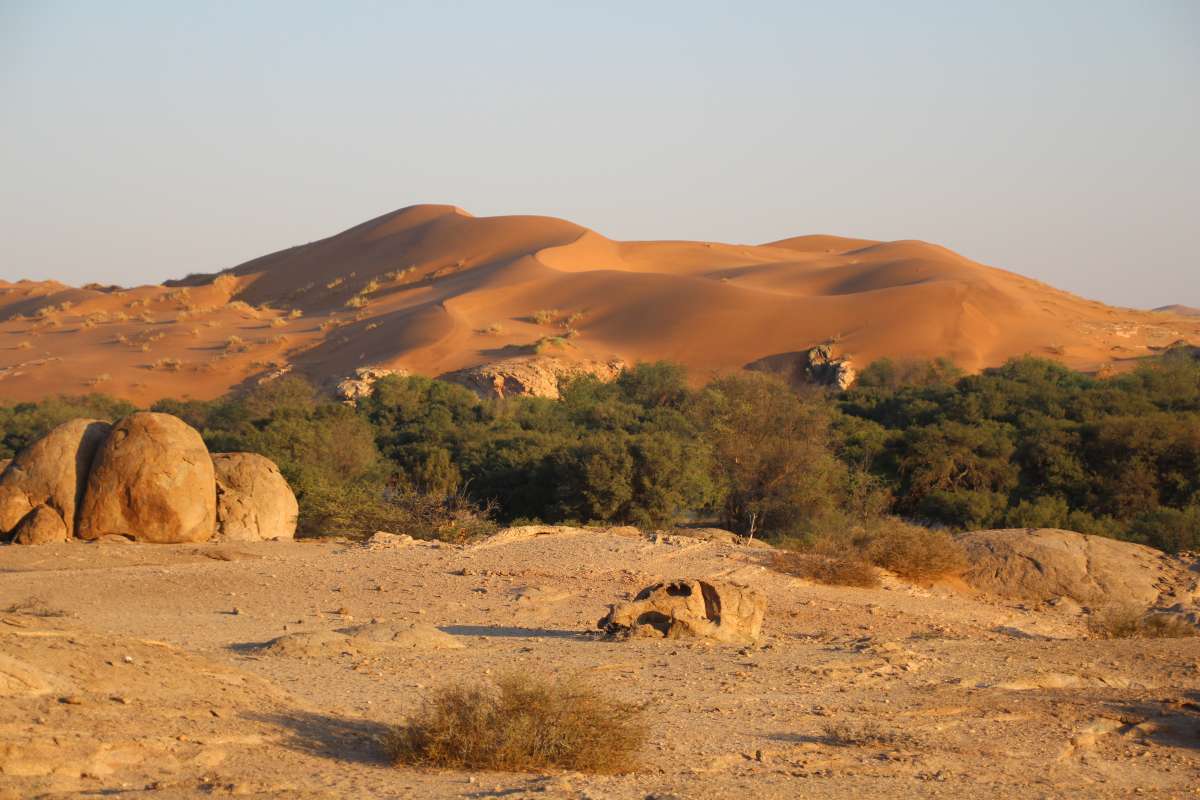 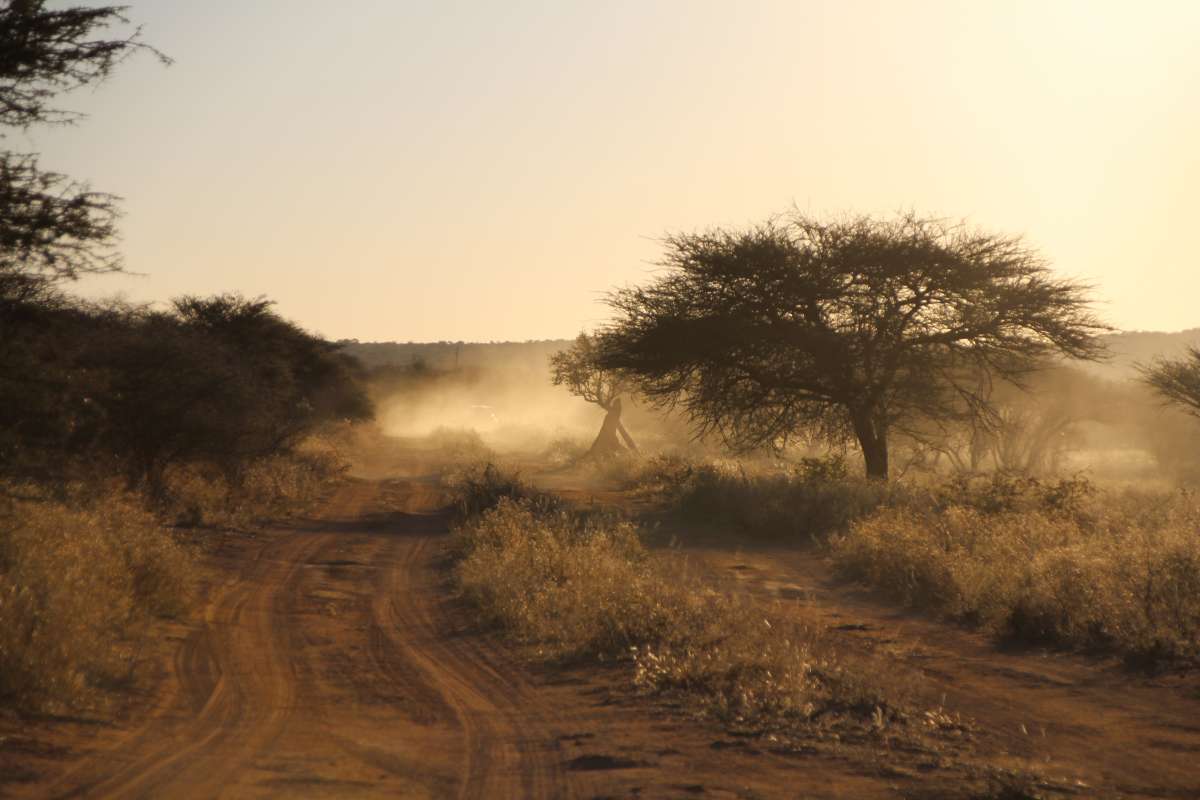 On the 19th of July, 29 intrepid explorers set out on the adventure of a lifetime. On the 20th of July, having safely landed in Windhoek, Namibia after a 21 hour travel day, that adventure actually began. What was once 29 soon split into the two groups we would be spending the next 16 days as, and we set out in our new trucks. The first stop for Group 1 was the Africat Foundation based in Okonjima, a private nature reserve of over 200 square kilometres that focuses on the conservation of carnivorous predators such as cheetahs and leopards. The first day was spent learning more about the cheetahs and being educated on the adaptations of some of the animals that they have in their park including the game, like the kudu and springbok. Later that afternoon we packed up our sleeping bags and walked down a river bed to set up camp to sleep under the stars: while it got very cold the experience is something none of us will be forgetting any time soon.

The leopard tracking the day after was done in trucks that seemed able to cross any sort of terrain and we used telemetry, which uses radio signals of a specific frequency assigned to an animal, to discover the rough area where the leopards were. Without the telemetry we would never have spotted them hiding under the dense thickets; it goes to show how well camouflaged they are. We tracked a leopard named Isaskia and her two cubs, and were lucky enough to be able to sit and watch them for 30 minutes. On the drive back to the campsite we were staying in, the rangers showed us a traditional Namibian game, seeing who could spit impala poo the furthest. The impalas are so good at absorbing water that they excrete poo that is essentially condensed dried grass. Naturally, the response was mixed but some people got in the spirit with Theo Hill winning with the longest distance. Later that evening we were introduced to some African drummers and spent the rest of the night dancing away around a campfire.

After an early rise, we left Okonjima and started the drive to the Waterburg Plateau, stocking up on food for the next four days as from here on out we would be cooking for ourselves. We arrived at the Waterburg Plateau around 3pm and set up the tents in time to hike up to the plateau to see the sunset. Unfortunately we got slightly lost, which meant we didn’t quite get the view we were looking for but it was a fun hike nonetheless. 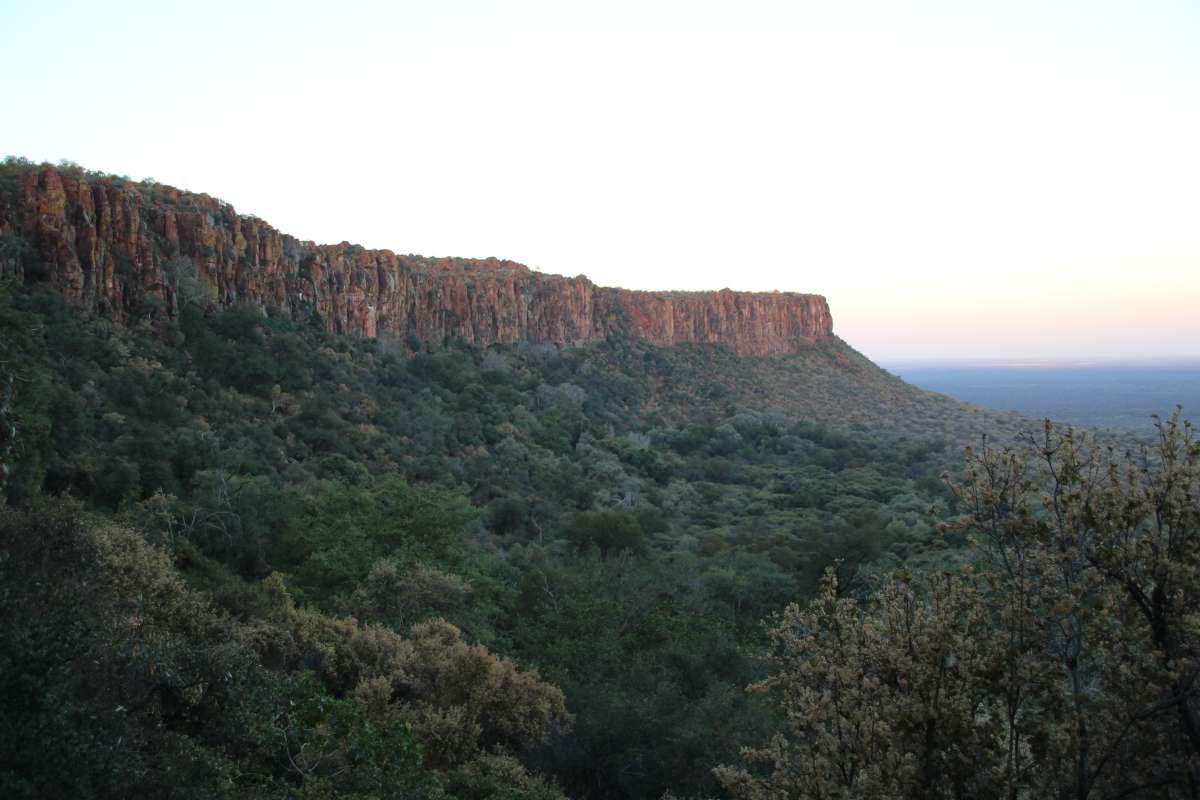 Etosha National Park was the next stop on the trip, and over our time here we saw so many different types of animals. The watering holes were overflowing with wildlife so giraffe, zebra and elephant sightings became the norm for us. What was more rare and exciting were carnivore sightings, in particular lions, which we sometimes saw by the watering holes, or spotting the occasional rhino. The park wouldn’t let us in for actual sunrise as the gates opened at 6:30am, but sunset in the park was magical and one evening in particular we stopped as an elephant was only a couple of metres away from the truck. The evenings at Etosha were filled with cooking our own meals and sitting by the waterhole at the campsite Okaukuejo. The third night in Etosha was spent at Olifantsrus and the next day was the crossover day with Group 2. We had lunch together and shared some of experiences of the trip so far and it was great to see what was ahead of us as we were about to embark on what they had already completed.

From Etosha we drove to Africat North at the Hobatare Reserve and spent the next two days building kraals (pens for cattle and sheep) to help the local villagers, and tracked lions in the back of the bakkies (pick-up trucks). In the evenings groups of three students took lion-watching slots, where they had to stay up for different portions of the night and be on lion guard. This is because our campsite wasn’t enclosed and therefore any wildlife could wander through. Our time spent at Africat North was very informative and we learned more about the human wildlife conflict as well as the steps that are being taken to try to prevent livestock or wildlife loss. 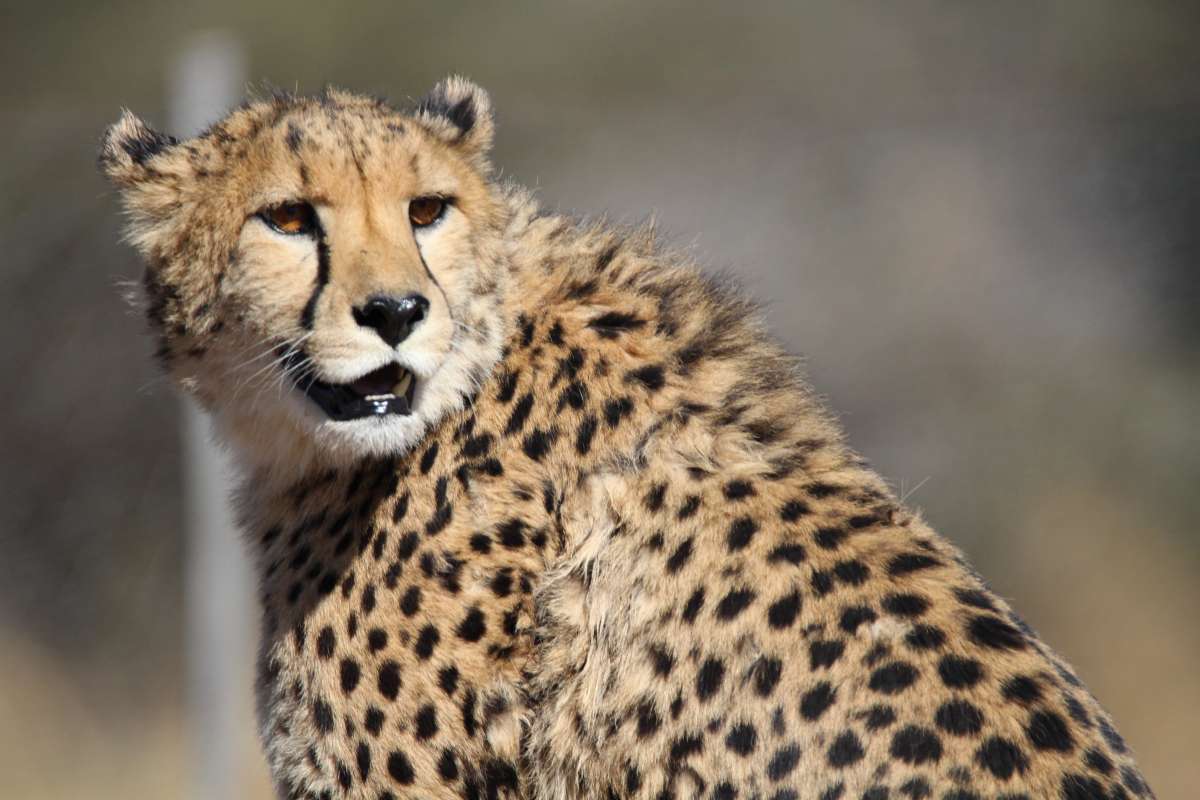 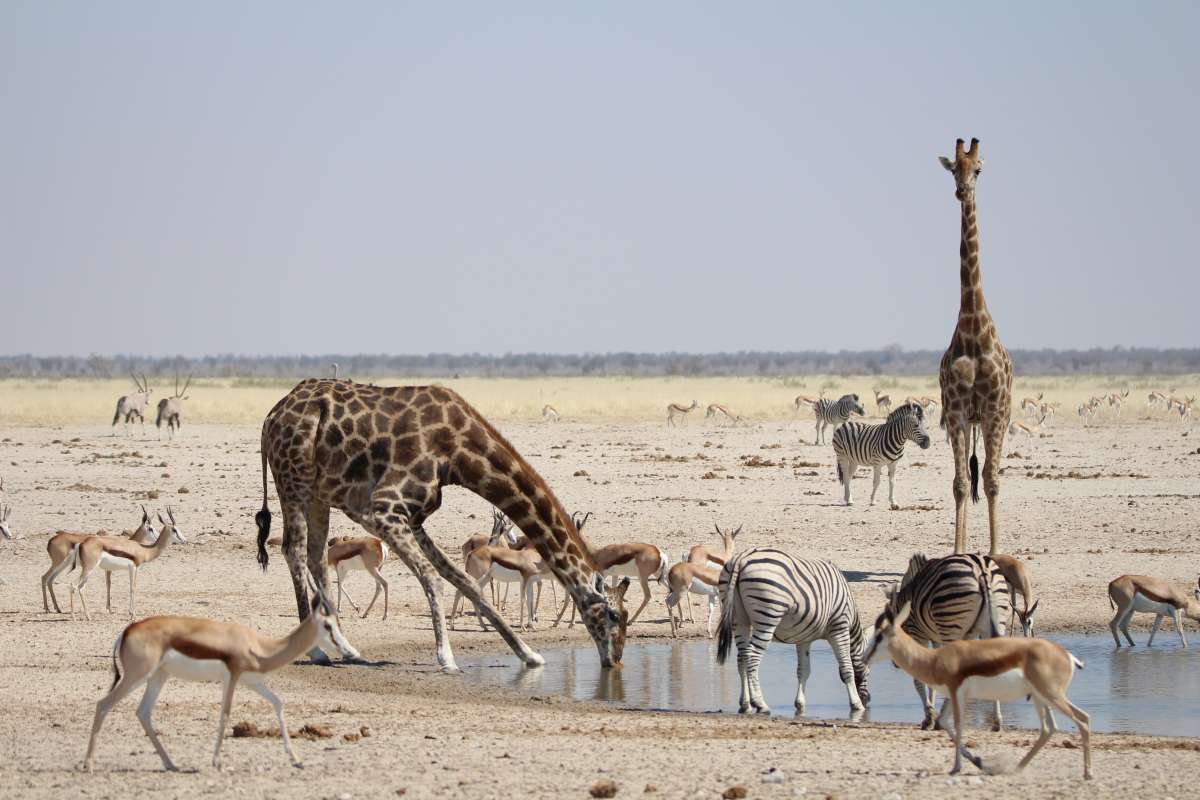 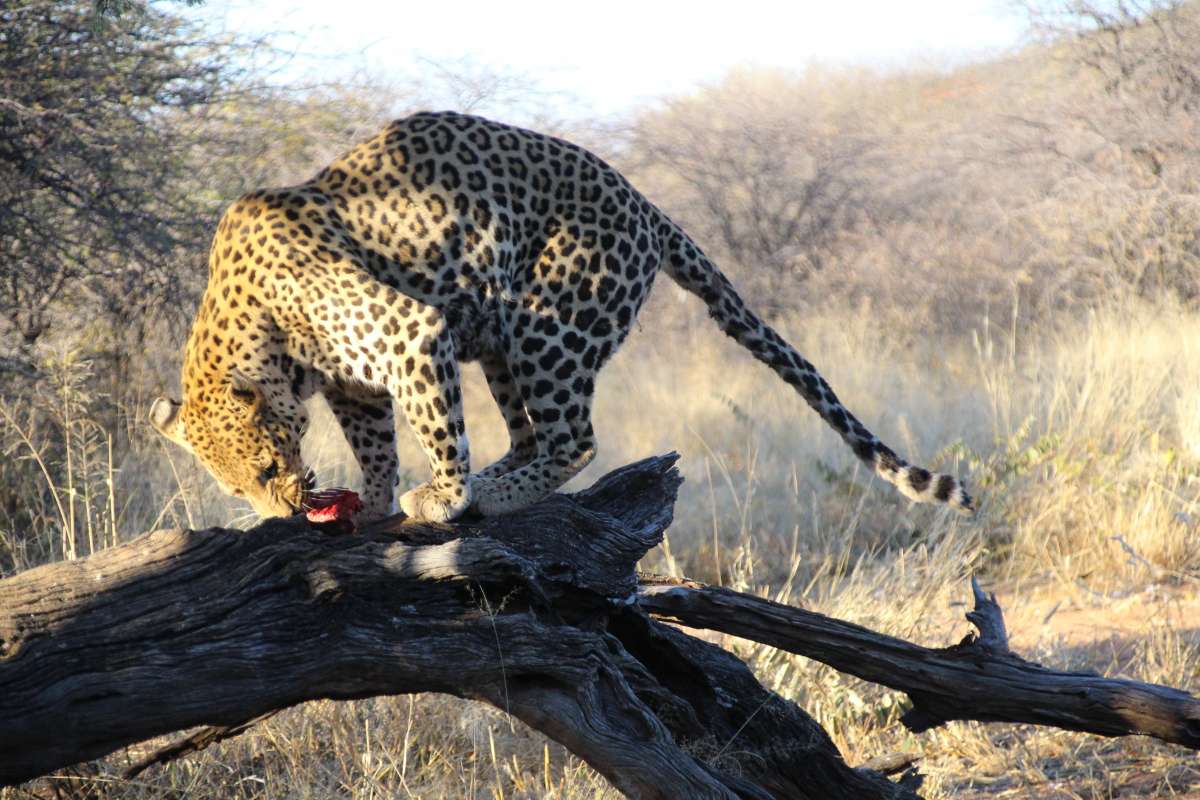 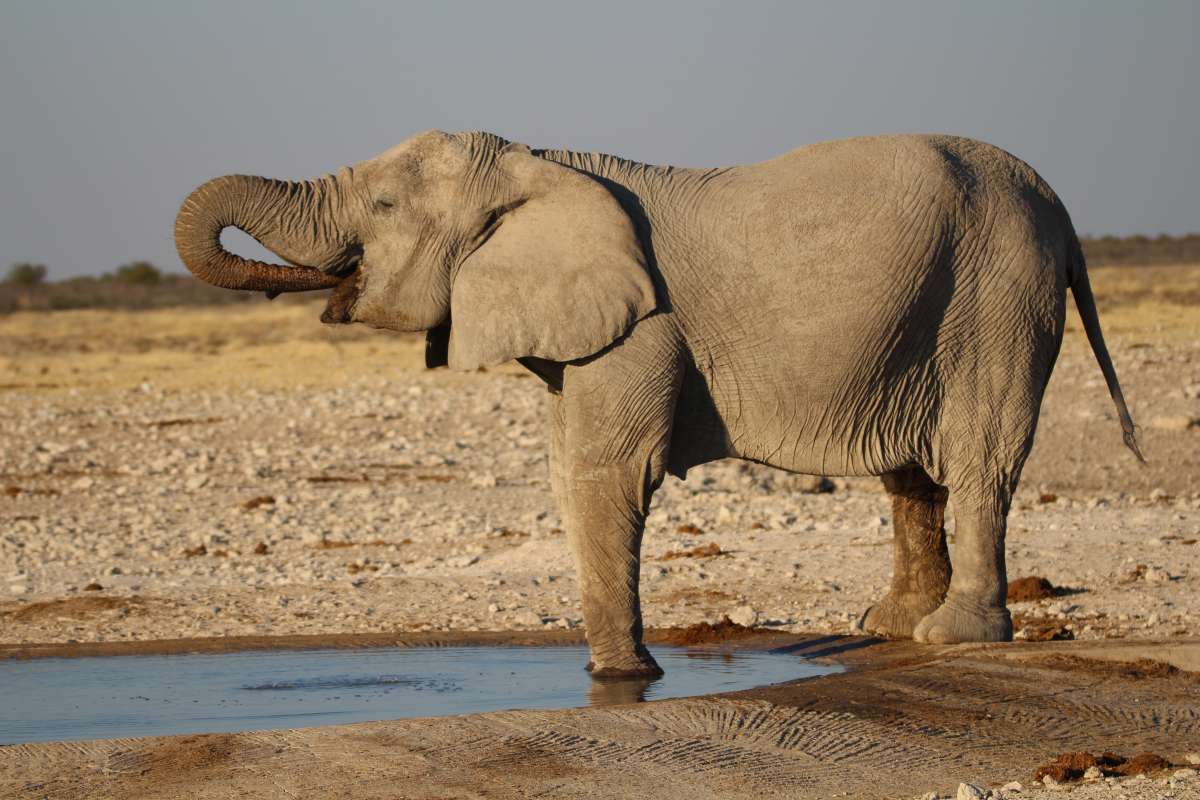 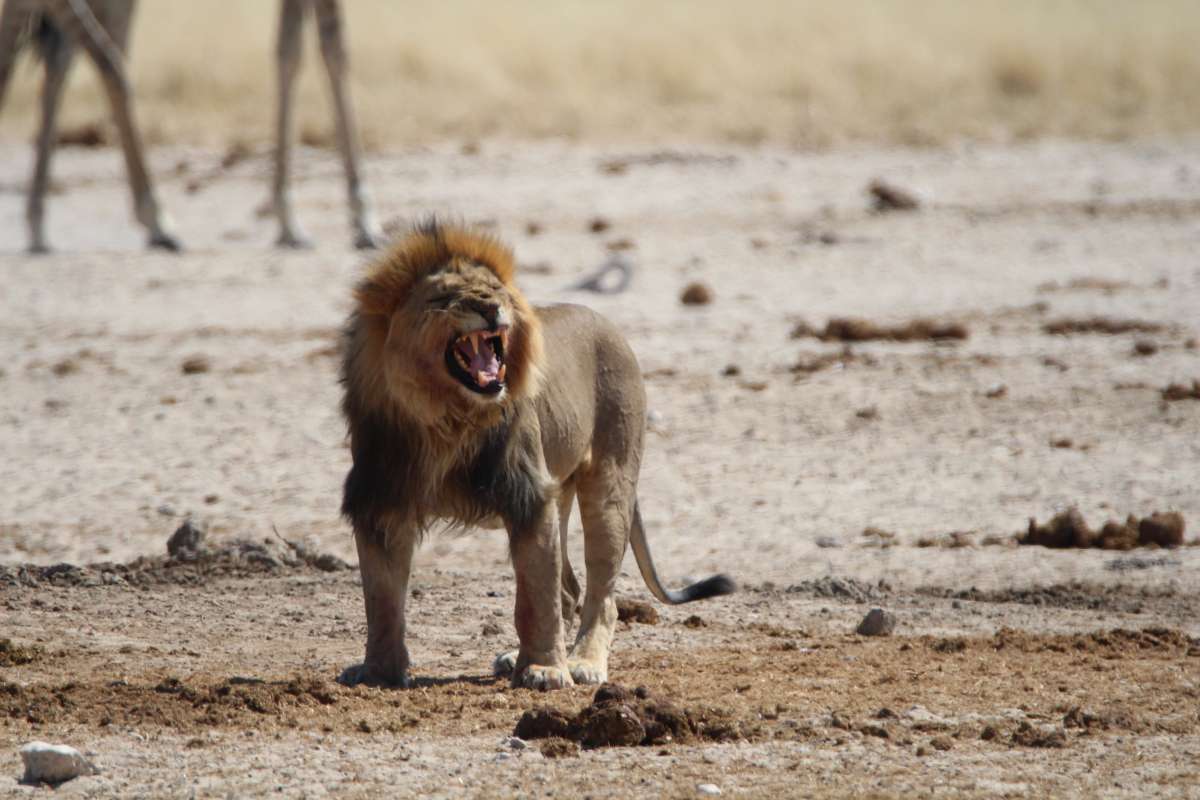 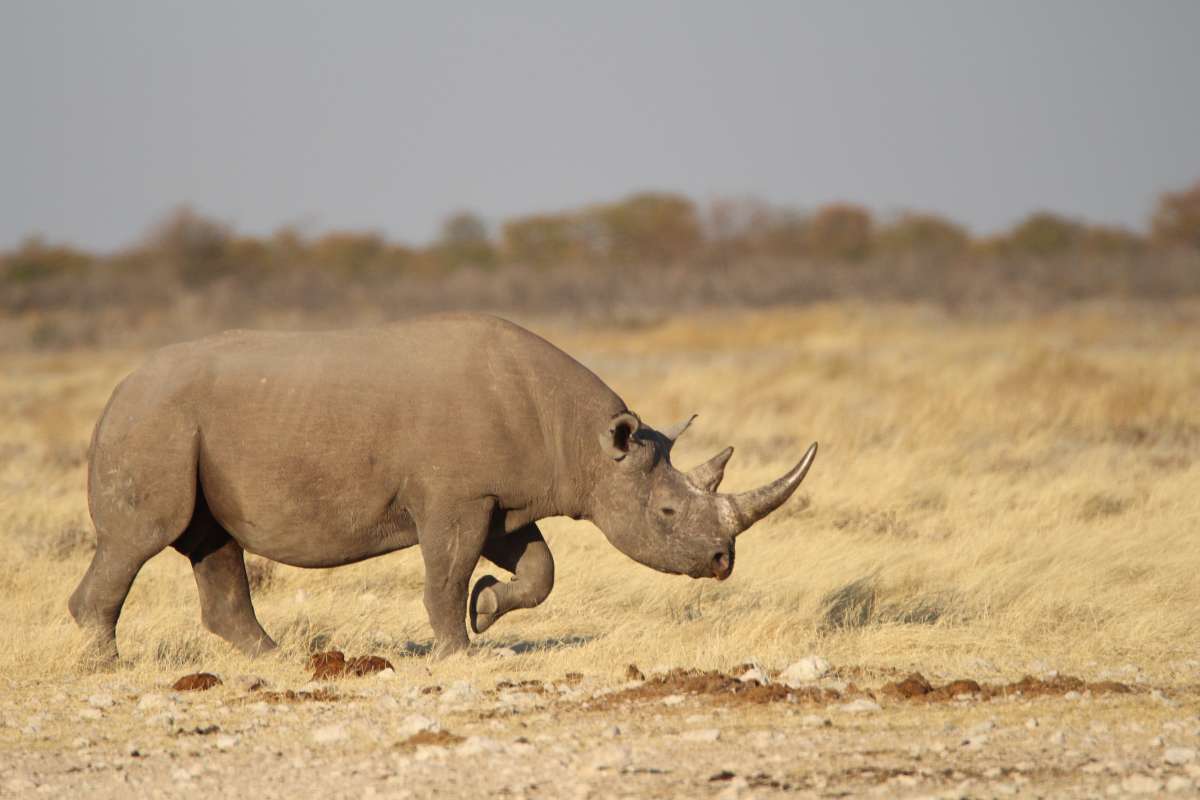 A long bumpy car ride took us from Hobatare to Swakopmund,a coastal town along the Skeleton Coast. We arrived in the early evening and booked into the first hotel of the trip, a welcome luxury. A dinner out at Tiger Reef Restaurant and a night in a bed put everyone in good spirits for the early rise the next morning in order to get down to Walvis Bay. Here we went kayaking with Cape Fur seals, just off the coast. The experience was amazing as the seals came right up to the boat and were as curious about us as we were about them, which gave us the opportunity to interact with them more closely than any other wild animal we had previously experienced. Despite being cold and wet, no one could get the smiles off their faces while we were out on the water. We spent the rest of the morning exploring the seaside shops of Walvis Bay and after lunch headed out on the final leg of our trip.

The Desert Research Station, Gobabeb, is located in the Namib Desert next to the Kuiseb River and gravel plains. Our time there was spent learning more about the work that they do studying the endemic animals and the environment that they’re in, which is special as it is the meeting point of three different biomes. Some of the highlights from Gobabeb were the sunset dune walk, which gave us a fantastic view of the area, and the beautiful skyline. The scorpion hunt was also a favourite as it allowed us to spot all the scorpions surrounding us we had no idea - we used UV torches as they glow in this type of light.

The final drive back to Windhoek from Gobabeb lasted nine hours, but the fresh showers and clean beds at the other end made up for a long, hot journey. The final meal was eaten together with the other group and everyone swapped stories and had a great evening.

What made this trip special wasn’t just the iconic scenery and abundant wildlife but also the different people that we met at every point on our travels. Hearing their stories about growing up in a country so different to ours allowed us an insight into their lives and gave us new perspectives on our own lives. Everyone who went on this trip came away slightly more tanned, a lot more tired but with some fantastic life-long memories. 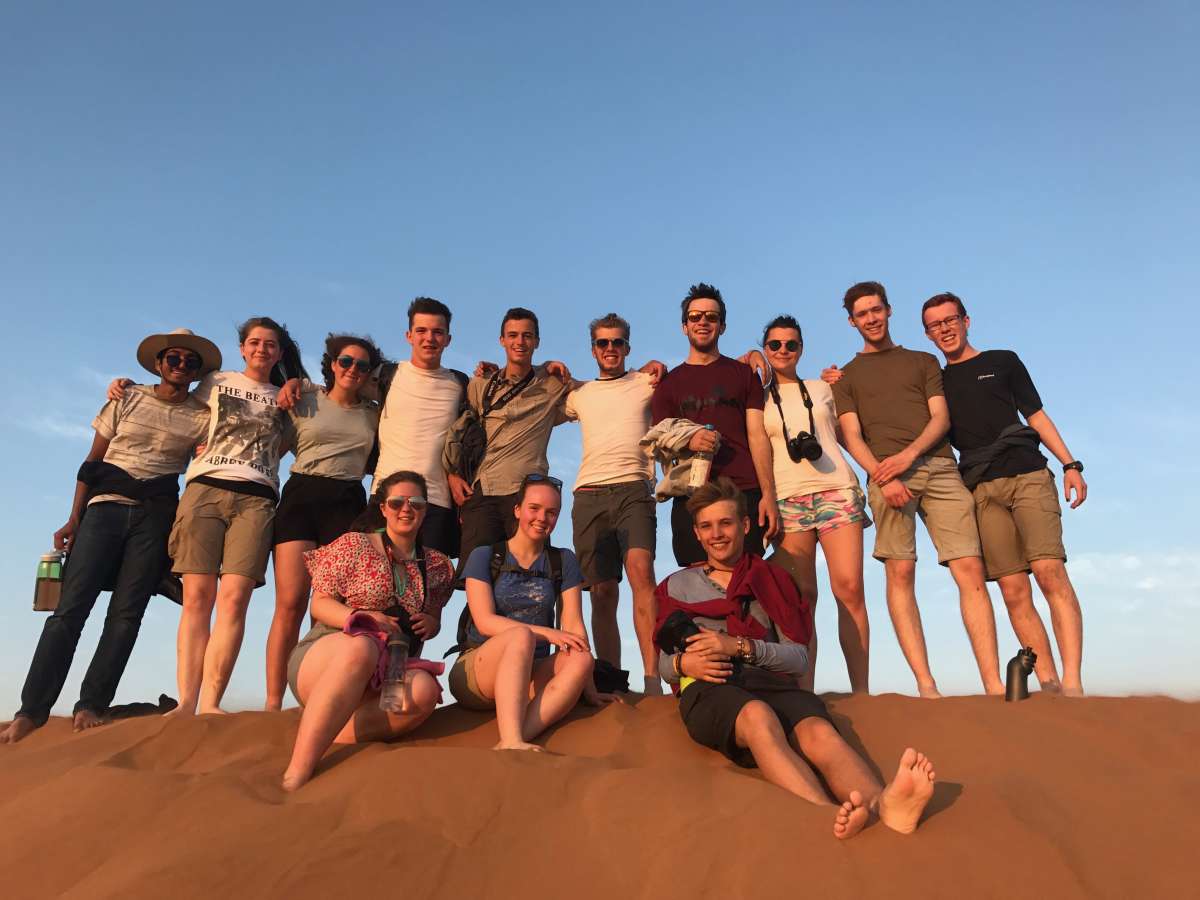