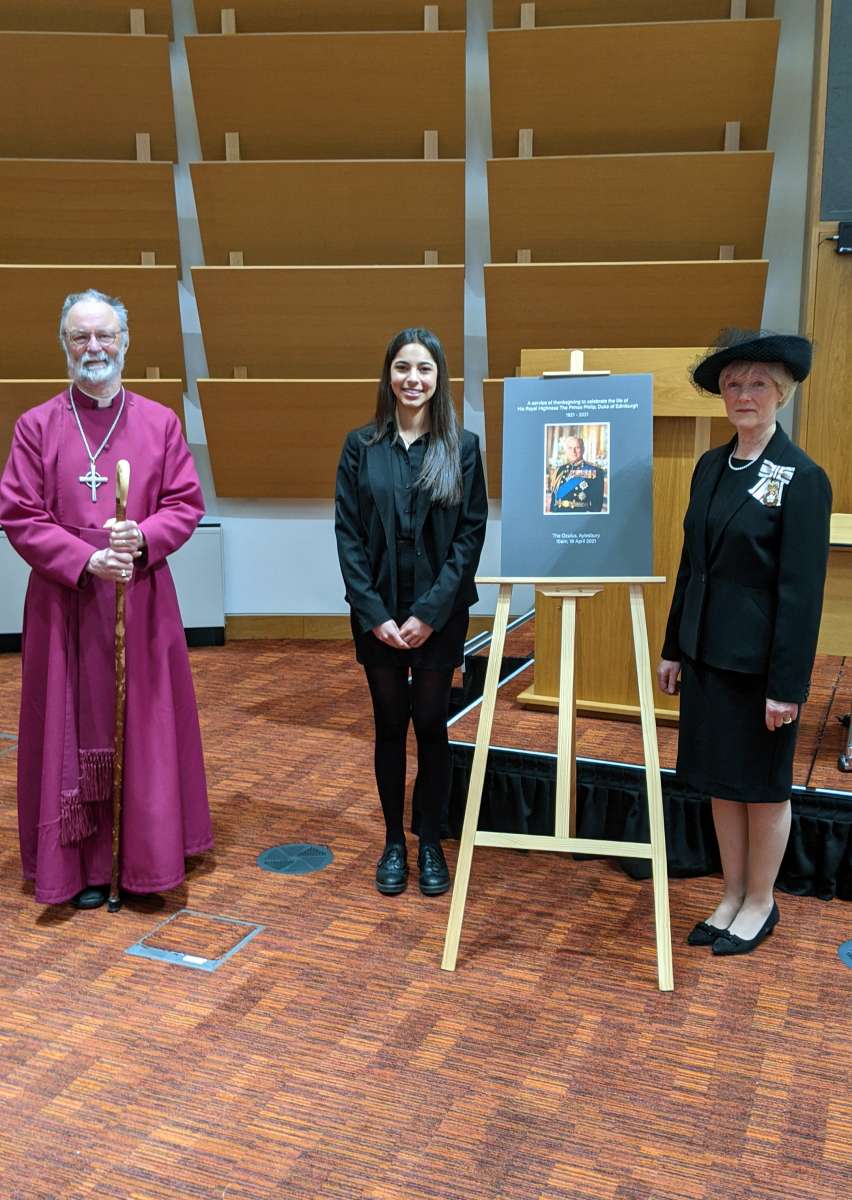 His Royal Highness Prince Philip, The Duke of Edinburgh, died on 9th April. The office of the Lord-Lieutenant of Buckinghamshire organised a service of thanksgiving to celebrate the life of the Duke and invited two students from Challoner’s to represent the DofE Award. Charu Kochhar in Y12, and Pratham Desai in Y11, were selected from the high number of students who are participating in the Award Scheme at Challoner’s.

The service was held in Bucks County Council’s main chamber in Aylesbury on Friday 16th April. As with the Duke’s funeral service in Windsor the following day, there were a limited number of attendees, representing many aspects of the community in Buckinghamshire. These included the Bishop of Buckingham, the Chairman and the Leader of Bucks County Council, MPs and faith representatives. 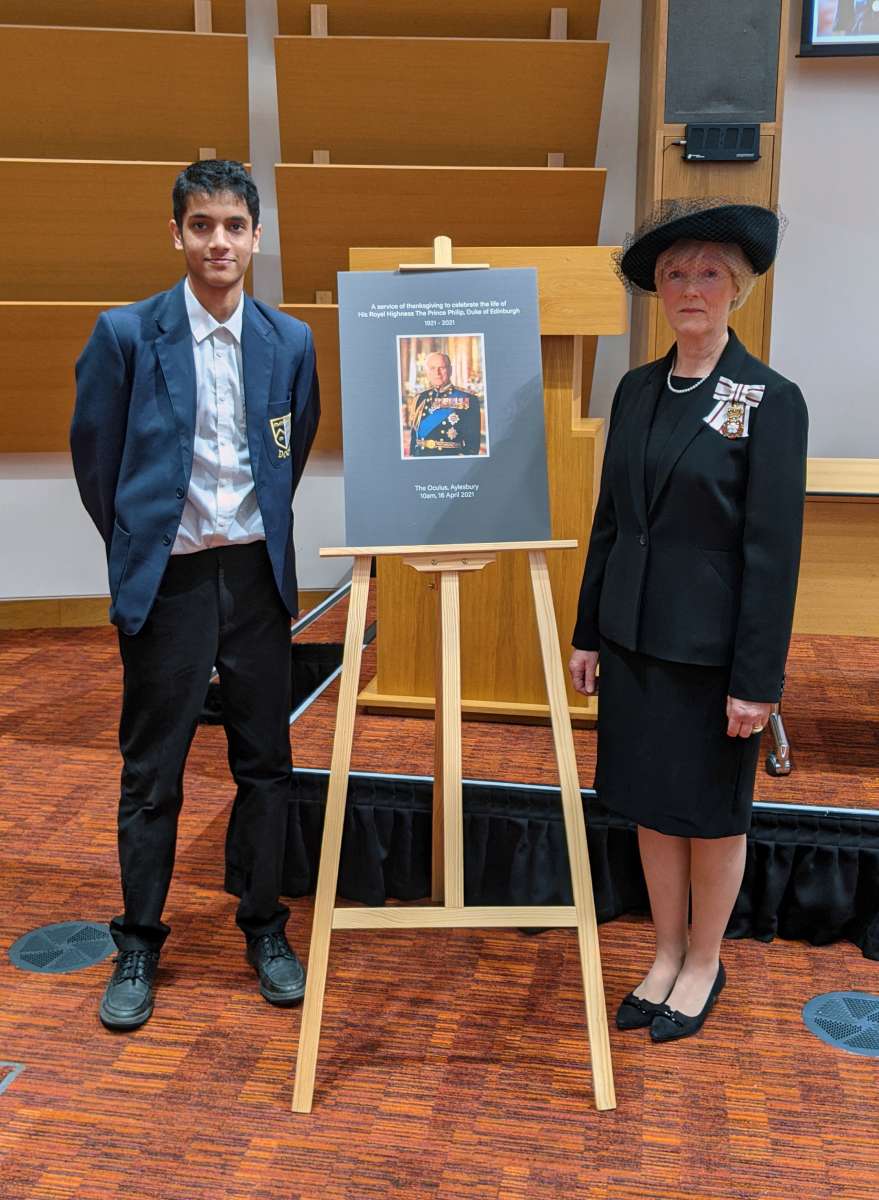 Speakers at the service paid tribute to Prince Philip’s lifetime of service and long-standing support to Her Majesty The Queen, as well as his sharp wit, unfailing good humour, and ability to put people at their ease. Reflecting on the Duke’s life, GP and faith representative, Dr Nighat Arif highlighted that “He demonstrated how to support a woman on a world stage”. Additionally, Charu Kochhar gave one of the readings during the service.

Countess Howe, the Lord-Lieutenant, spoke of the Duke’s energy and determination to change things for the better. A key aspect of the Duke’s life was his interest in the wellbeing of young people. This is best demonstrated by the DofE Award Scheme, which the Duke himself described as “A do-it-yourself growing-up kit”. Since its creation, 6.7 million young people in the UK alone have taken part in the DofE Award, demonstrating the incredible impact the Duke has had.

Here at Challoner’s, 130 students are engaged in their Gold Awards, and 240 in their Bronze Awards, with the Silver Award being launched this term. Our students who attended the Memorial Service last week were proud and honoured to be able to celebrate this legacy of the Duke of Edinburgh. 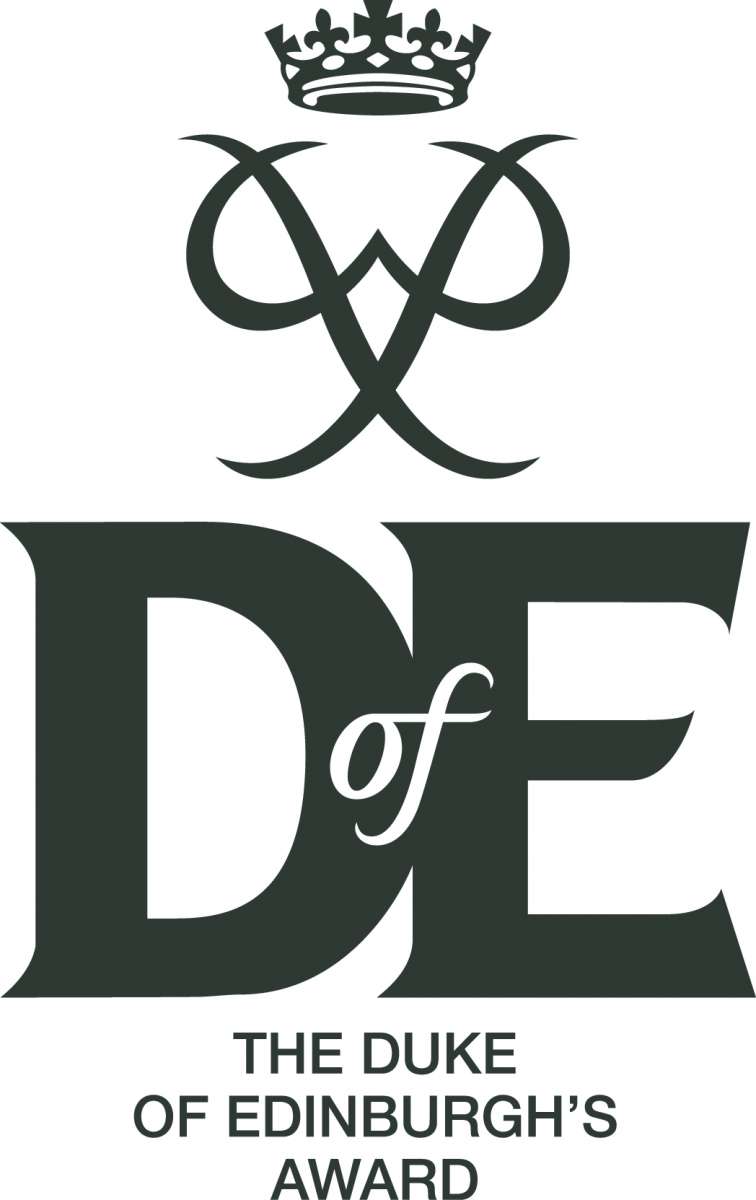